After a high-profile shutdown that involved a nexus of outrage gathering local politicians, celebrities, and nightlife, the SoHo nightclub that yielded the thrown bottle heard ’round the world—W.I.P., the site of the Drake and Chris Brown brawl—is on the way to re-opening.

The Observer has heard from multiple sources that W.I.P. (the site of the brawl) and Greenhouse (the club that it was spawned from, which shares the same property and address) can operate again, and will do so beginning on July 8th. A spokesperson for the club confirmed: W.I.P./Greenhouse has reached an agreement—”in principle”—with the city to reopen in the coming week.

Even if the legal injunction preventing the club from operating has been temporary lifted, there’s still the issue of the club’s liquor license to deal with. The license, which was revoked via emergency suspension on Tuesday by the New York State Liquor Authority, is still showing up as inactive on the NY-SLA’s website.

On Tuesday, the club’s management will meet with an administrative judge for the SLA, in which they’ll challenge the agency’s emergency suspension. An NY-SLA spokesperson did not immediately return a request for comment. 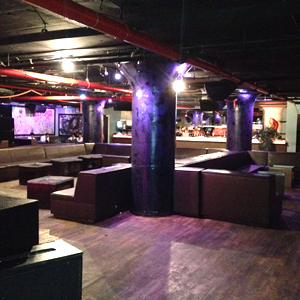