Peter Brant is the owner of Brant Publications, which makes him the publisher of Interview Magazine, which was started by Andy Warhol. He also makes lots of money doing other things, like collecting art. His wife—who he almost got a divorce with, and then, reconciled with—is supermodel Stephanie Seymour, who was in the “November Rain” video. He had three children with her. Two of them were profiled by the New York Times for tomorrow’s Thursday Styles section.

Without further ado, here are the ten best lines, removed from their context, without commentary*:

9. In a pop-culture landscape that has been populated by heir heads (any entertainment produced by the Hilton sisters or the Tinsley Mortimer reality show, “High Society,” which was about as classy as the skin magazine that shared its title), the Brants could certainly elevate the medium.

8. Despite their youth, the boys are omnipresent on the social scene and staples of Patrick McMullan party photographs.

7. The Brants have almost 70,000 Twitter followers, a fraction of whom appear to be their age.

3. “We expect them to be good human beings and to care about other things besides clothes.”

2. Ever blasé, Peter tilted his head, looked at him blankly, then turned away, showing off his strong profile.

1. But this was a brief low-culture aside.

[*With exception to the fact that the Times managed to publish a piece—written by, it should be noted, a Patrick McMullan co-photographee with “writer-about-town” and mentor figure to the Brant Brothers, Derek Blasberg—so unilaterally dedicated to the idea of perpetrating the Brant Brothers’ celebrity without hesitation, that they failed to include anything that might suggest reluctance or question of the greatness of the repute of these two young men. Like the time Peter Jr. once defended a photo in which he appeared to be engaging in oedipal tendencies with his mother in an email to Gawker, and refers to himself as “fabulous and conceited.” Especially when you consider his love of ‘Mommy Dearest.’ Gawker, who called the Brothers Brant “The World’s Luckiest Teenage Homosexuals,” once concluded: “The great thing is that these two are even allowed to exist.”] 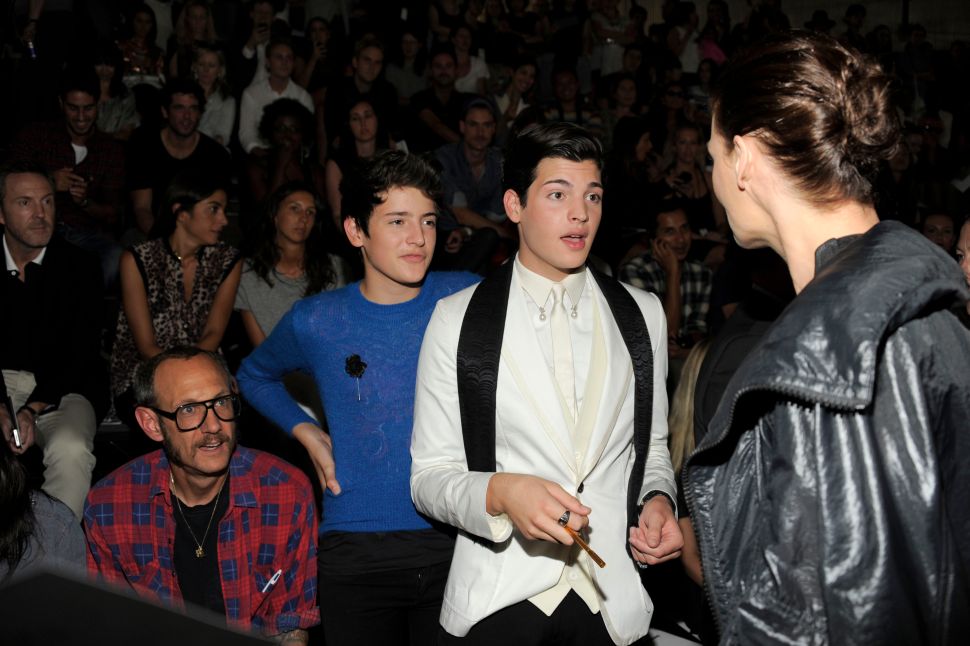