Congressman Charlie Rangel made an election day appearance on Good Day New York this morning and he jokingly fretted about the job prospects of his main opponent today, State Senator Adriano Espaillat. Mr. Rangel discussed Mr. Espaillat’s employment situation when he was asked why he seems so confident in a race where Mr. Espaillat is seen as a formidable candidate due to the newly redrawn Upper Manhattan congressional district’s Latino majority. If elected, Mr. Espaillat would be the first congressman of Dominican descent.

“I’m not working any harder today than I’ve worked last month, last year or every year since I’ve been in the Congress. I service my district. I’m at places, I go to community events ive worked with the City Council….This isn’t a love affair. I produce and that’s what people want from their public officials,” said Mr. Rangel, explaining the source of his confidence.

“Besides, I don’t even know the people running against me–except one of them,” Mr. Rangel said of Mr. Espaillat. “He’s a very, very ambitious person and, since he’s said that he’s not running for any other office, if he loses, I hope I’ll be able to find him some employment somewhere.”

Mr. Rangel continued by repeating his accusation Mr. Espaillat is hedging his bets in the race by simultaneously circulating petitions to run for reelection to the Senate, where he began serving last year. Mr. Espaillat has countered that charge with an accusation of his own by claiming Mr. Rangel of using ‘fake’ petitions to smear him. 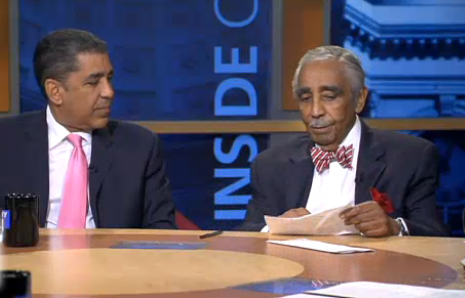