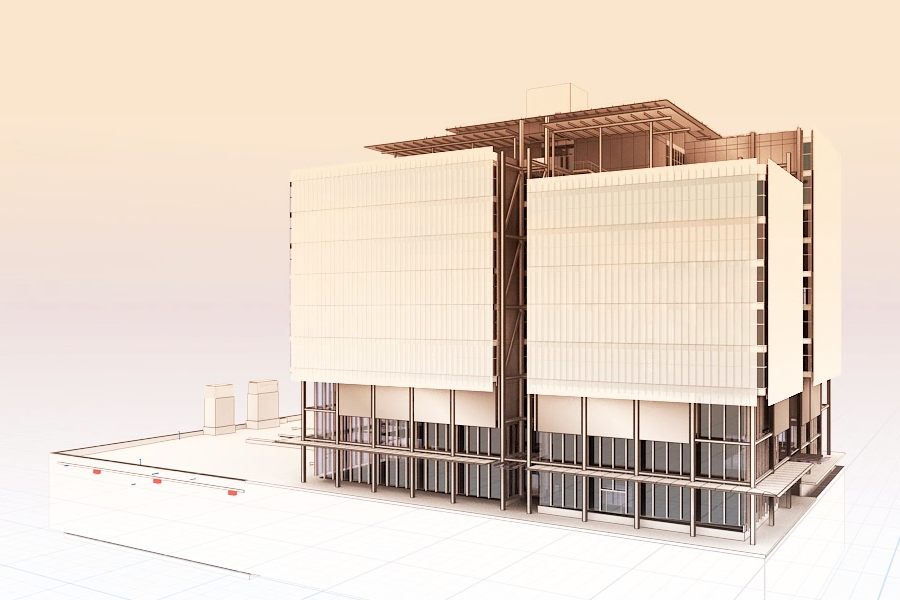 The first completed building will be the Jerome L. Green Neuroscience Center.

The campus was praised by the U.S. Green Building Council for its openness and sustainable features.

Critics worry that the project will not be as open as the university promises. 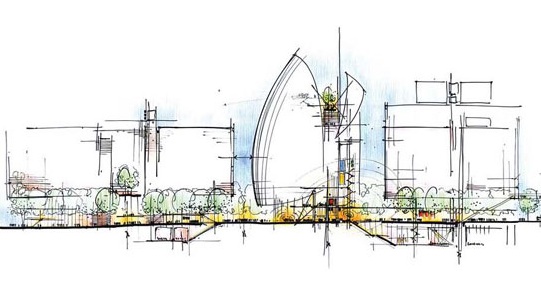 Still, might they benefit from the sustainable features within the campus, sketched out here by architect Renzo Piano?
Advertisement 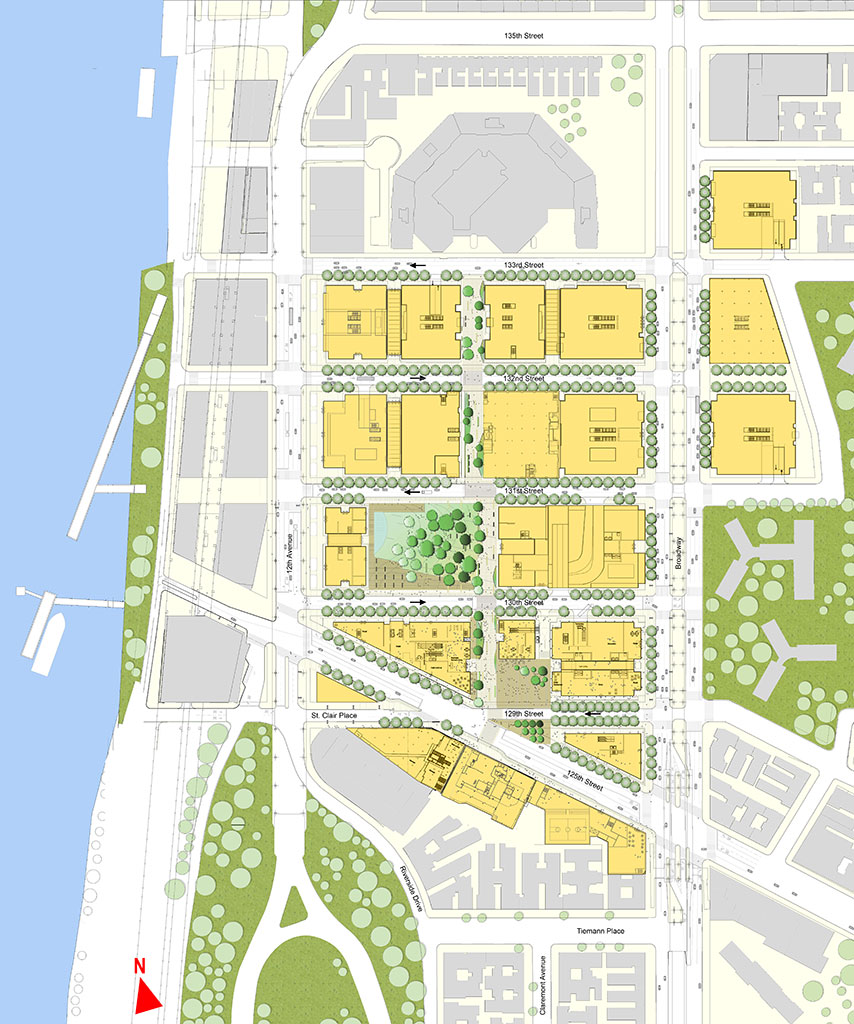 The entire 17-acre campus will take decades to complete. 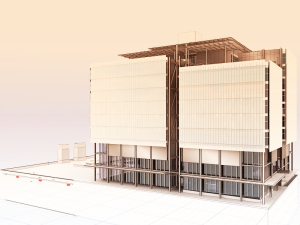 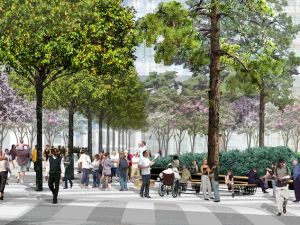 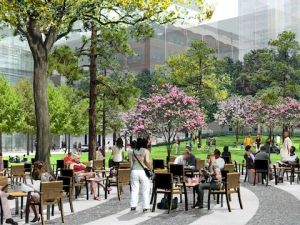 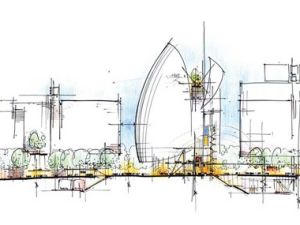 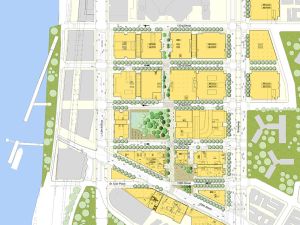 With the exception of a deadly construction accident in March, things have been fairly quiet on the western front of Harlem. Starting nearly a decade ago, Manhattanville became one of the most hotly contested corners of the city, as Columbia University first worked to have the neighborhood rezoned for a new 17-acre campus, approved in 2007, followed by the state leading an eminent domain case on the school’s behalf to repossess the land of two local business owners, which culminated in 2010. (Since then, the city’s focus has shifted south, to another university-led redevelopment.)

All the while, Columbia has gone about the work of creating the most environmentally progressive neighborhood in the entire five boroughs, all from whole cloth.

Last week, the U.S. Green Building Council awarded Columbia’s new campus with LEED ND Platinum, the highest rating in the council’s new-ish neighborhood development program. It is only the fifth project in the state to earn such recognition, and the first to achieve LEED ND Platinum. The designation means that the project has embraced the goals of accessibility, density, design and environmental efficiency, creating a model for future development.

“We like to think of it as a three-legged stool: environment, economy, equity,” Jason Hercules, director of the LEED ND program, told The Observer. “Manhattanville excelled in all three.”

LEED ratings have become a practical necessity for any new development in the city, ranging from university buildings to office towers to luxury condos. Even novel projects, like single-family homes, are pursuing this sheen of green, and thanks to Local Law 86, every new city building achieves the rating as well.

Now, to broaden its influence and further promote dense, sustainable growth throughout the country, the Green Building Council created the LEED ND program. Developers get points for everything ranging from transportation proximity to clean construction practices to the size of the blocks within the development—bigger ones tend to encourage out-of-scale superblocks.

Columbia’s Manhattanville plan, created by SOM and Renzo Piano, entered the program five years ago, shortly after the rezoning was approved by the city. “Because of our serious commitment to sustainable design, we wanted this project to be seriously considered from the start,” said Joseph Ienuso, senior vice president for facilities. “It’s a very rigorous process, we’ve been working on it five years.”

The campus actually served as a pilot project for the council, helping it to refine exactly what criteria would be used to rate other neighborhoods in the program. “Theirs was a project that fit well with the goals of the program,” Mr. Hercules said. “It was a shared learning experience.” (This involvement had no bearing on Columbia’s receiving of the highest rating, Mr. Hercules said.)

“This is a milestone for Columbia not only because we are building a future in our home community in New York,” university president Lee Bollinger said in a statement, “but because we are doing so with a commitment to the best urban planning principles and the highest quality architecture that reflect both the core values of city life and the fundamental need for a more sustainable society.”

Manhattanville gets considerable points for many of the factors that make Manhattan and the rest of New York an inherently sustainable place to be, such as compact blocks, diversity of building types and proximity to robust transportation options. Still, Mr. Hercules said these do not guarantee a project scoring well or even making the cut. “Otherwise everything would be LEED certified,” he said. “Somethings are easy in New York, others are hard.”

Affordable housing is a big one. Critics have complained that there was not enough in the university’s plan, and while it could not include any within the project, there is ample faculty housing (cutting down on commutes) as well as a $1 million affordable housing fund that will help seed local projects.

But those features are fairly standard. It is the more innovative commitments that pushed the Manhattanville campus to outperform others, such as a promise to build a minimum of 84 percent of its buildings to high sustainability standards (LEED Silver or above). An innovative below-grade service network, that keeps maintenance and delivery work off the streets, was given favorable marks. The possible inclusion of ferry service from the pier at 125th Street was another highlight, as were job training programs both within the campus and without.

“There’s a balance that needs to be made when new and larger projects come in,” Mr. Hercules said, touching on the topic of gentrification that some locals feel remains unaddressed. “But the program considers all of these issues, and we feel this project made steps in the right direction.”

One of the most unique features of the Manhattanville project, especially given its size and the fact it will be in progress for decades, is the commitment to clean construction practices. This involves everything from acoustical baffling added to extra-high construction fencing, which combined keep down noise and debris from spreading into the neighborhood, to using low sulfur fuel in the construction equipment. “One thing that’s pretty obvious when you’re at our site is you don’t see the puffs of black smoke you see at a lot of other construction site around the city,” Mr. Ienuso said. The equipment is also washed down before leaving the site, so as not to track dust throughout the neighborhood.

“These things may seem small, but they add up,” Mr. Ienuso said.

One person who had a hard time doing the math was State Senator Bill Perkins, who represents the Manhattanville neighborhood and has been an outspoken critic of the project. He said while the community might get some ancillary benefits from the LEED recognition, such as cleaner air and maybe a few jobs, it was primarily the university that would be benefiting, this despite the fact that it was community outcry that forced the university to embrace more sustainable practices.

“The neighborhood will be built to a better standard, but the community will not be here to enjoy it,” Senator Perkins said. “It’s almost like I picked the cotton but you get to wear the shirt.”

Two things not factored into the Green Building Council’s calculations were the case of eminent domain and the fatal accident this spring. On the issue of eminent domain, Mr. Hercules said it was “one factor among many.”

“That’s something that’s somewhat outside the scope of our rating system,” he continued. “Obviously, it’s important how a development is going to get control of their site. We obviously wouldn’t encourage anything that would disenfranchise anyone in the community. But once the developer has the property, it’s out roll to encourage a sustainable community.”

This would not be the first time the council has overlooked such issues. The first project to ever receive LEED ND, back in 2009 was the city’s plans for Willets Point—yet another eminent domain poster child.