Deron Williams is a hot commodity right now: The NBA player almost single-handedly turned around the New Jersey Nets’ subpar season when he scored a personal and team-breaking record of 57 points off the Charlotte Bobcats in March. (Not to mention that this was the NBA’s season record high as well.) Comparisons to Kobe Bryant were inevitable, since he’s the only player to beat the Bobcats with more points than Mr. Williams.

Obviously, Mikhail Prokhorov would really like it if Mr. Williams–who on Saturday is set to become a free agent–would relocate with his teammates to Brooklyn. Rumor has it he’s willing to offer the point guard a $100 million contract for the honor of having Mr. Williams play at Barclays.

And that doesn’t even include the perks…like a GIANT MOBILE BIRTHDAY BILLBOARD, which Deron Williams’ wife tweeted a picture of when she opened her front door this morning and found this outside: And if that doesn’t work, Jay-Z will pop out of a giant birthday cake and sing “New York State of Mind.” 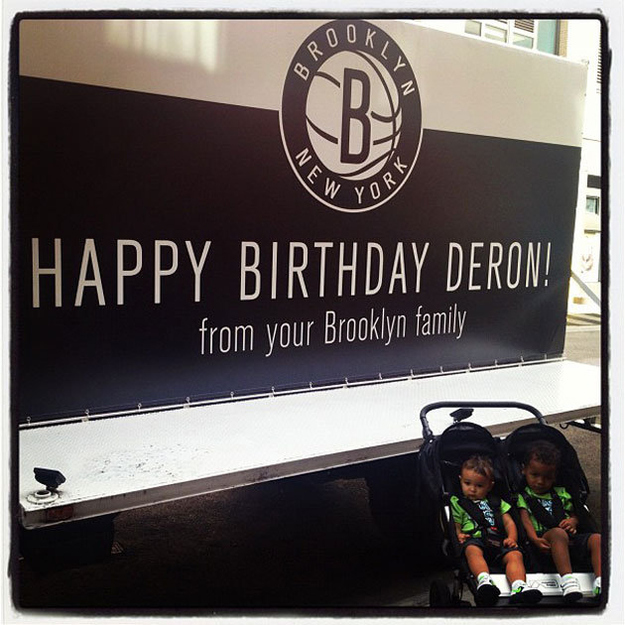