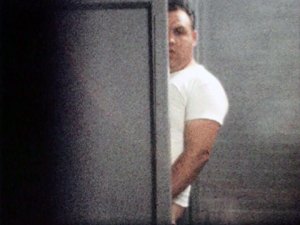 The “Dirty Looks” queer film series, which has been screening adventurous fare roughly once a month for about the past year, is planning to go big this summer, staging a festival call “Dirty Looks: On Location” that will span all of July. Over its 31 days, more than 30 artists’ works will be screened at a variety of locales around town, including many bars, clubs and theaters that have been vital centers for New York’s gay communities over the years.

“We asked curators to go through and pick sites, and the programming corresponds with each site’s history,” said David Everitt Howe, an Abrons Arts Center curator who is one of the three core organizers (along with Bradford Nordeen and Karl McCool) of the program, in an interview. “There is a whole history that’s forgotten.”

One curator, Jamillah James, a curatorial fellow at the Studio Museum in Harlem, plans three screenings in a van outside of now-closed haunts—Peter Rabbit’s and Uncle Charlie’s Downtown in the West Village and the Flamingo Club in the East Village.

Every event, with the exception of the July 6 screening of Frank Simon’s drag-ball documentary The Queen at Cinema Village, is free. The full schedule and map are available online now. Could On Location become a recurring event? “We haven’t really looked that far ahead,” Mr. Howe said. “It’s really kicked our asses so far.”

“It’s going to be an awesome project,” he added. “It’s a way to look at seminal artists in a way that has never been done before.”