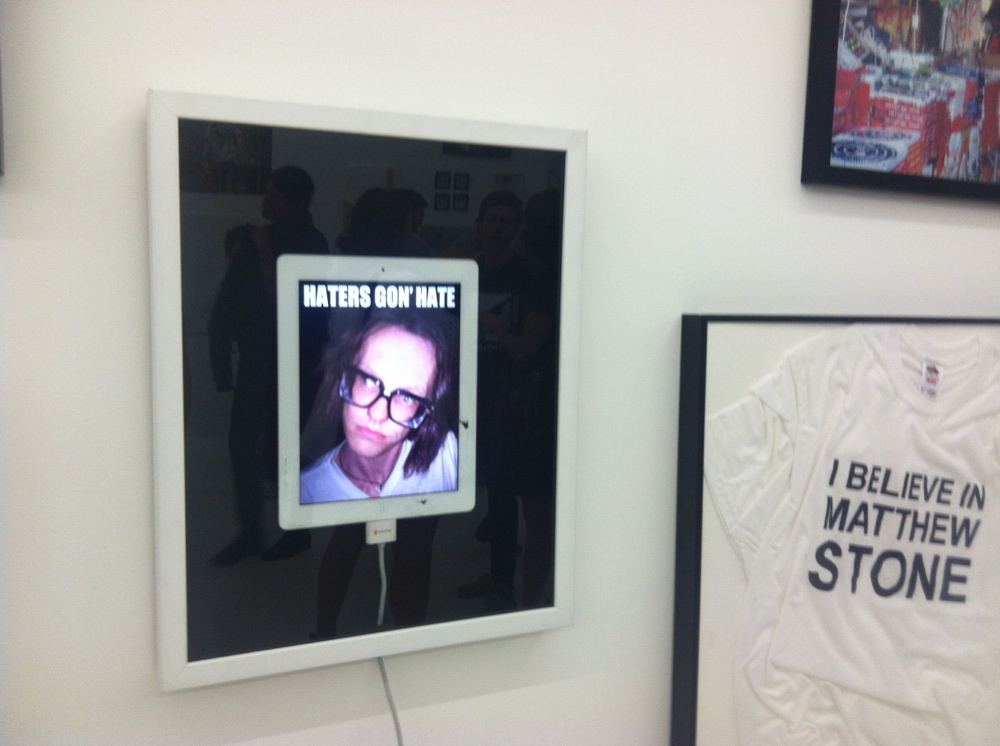 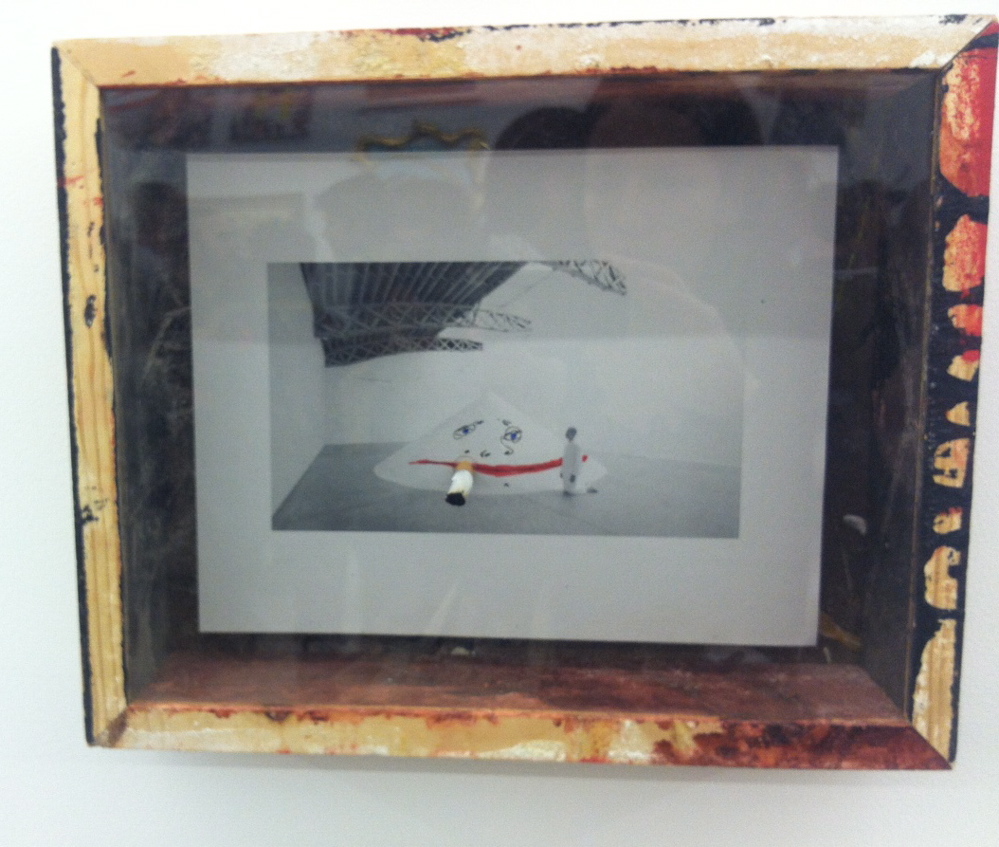 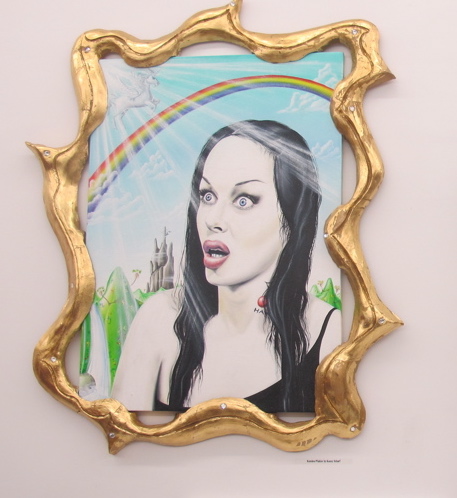 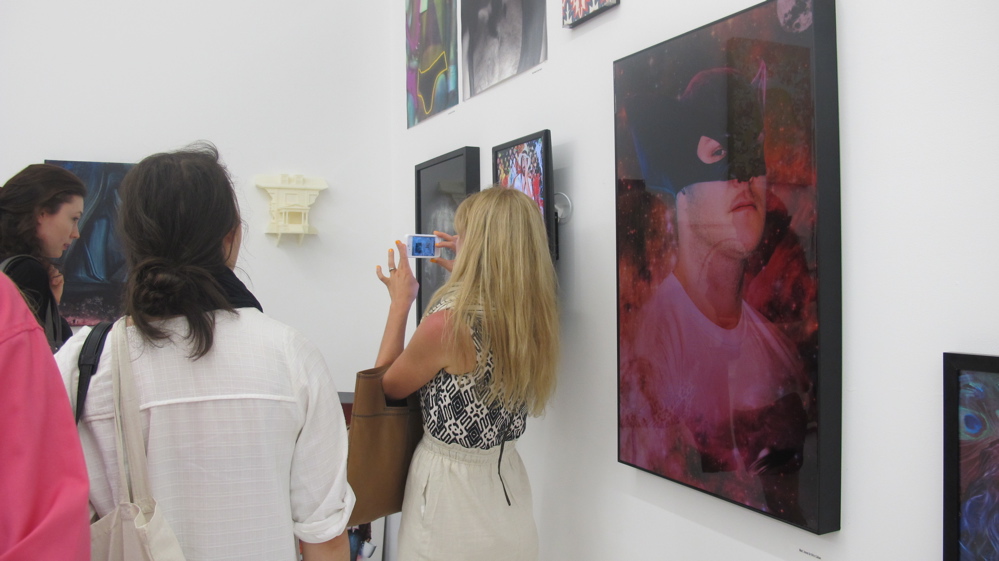 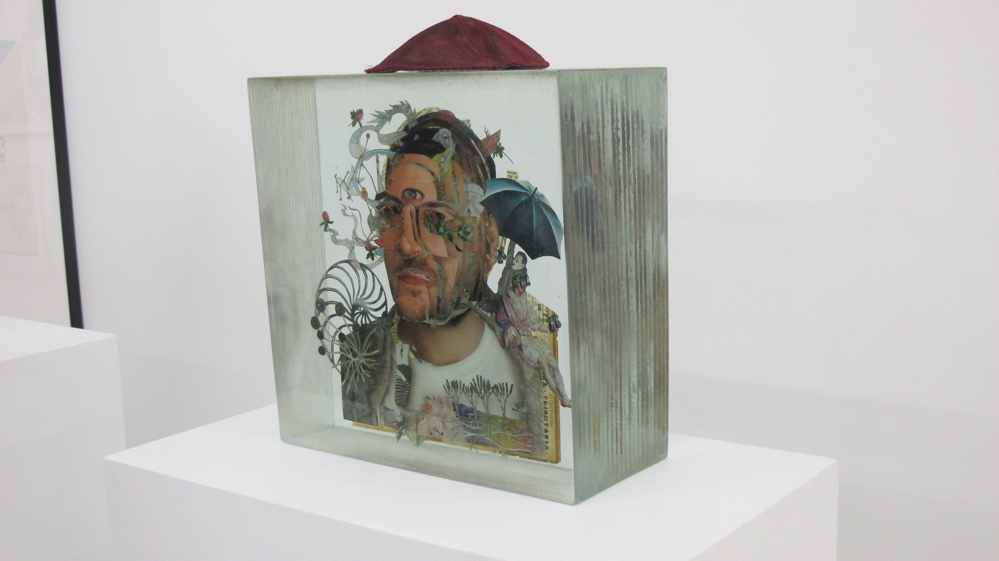 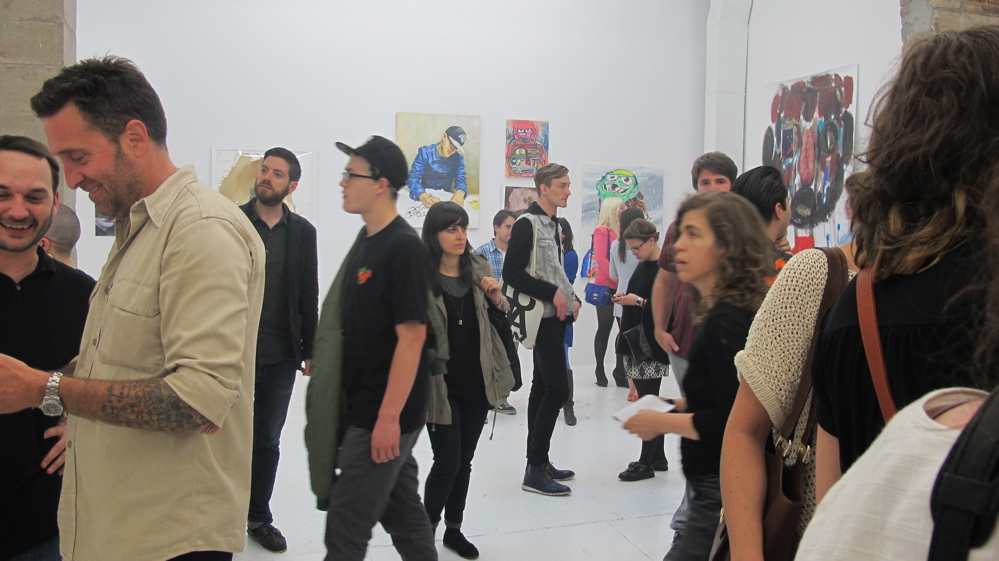 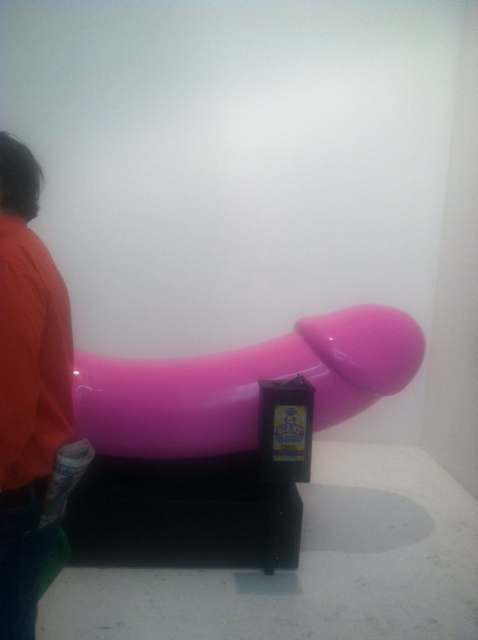 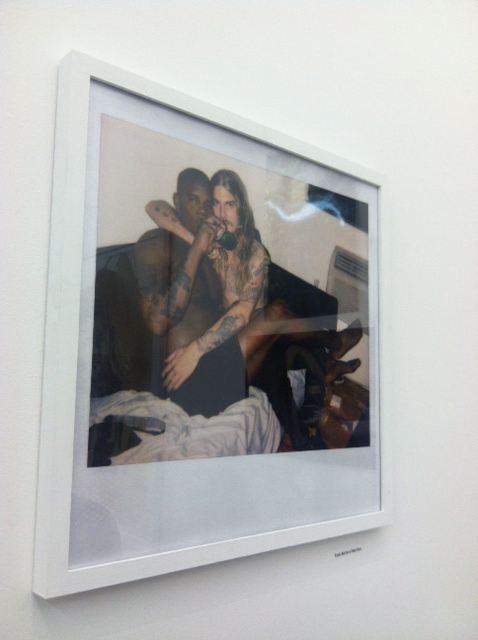 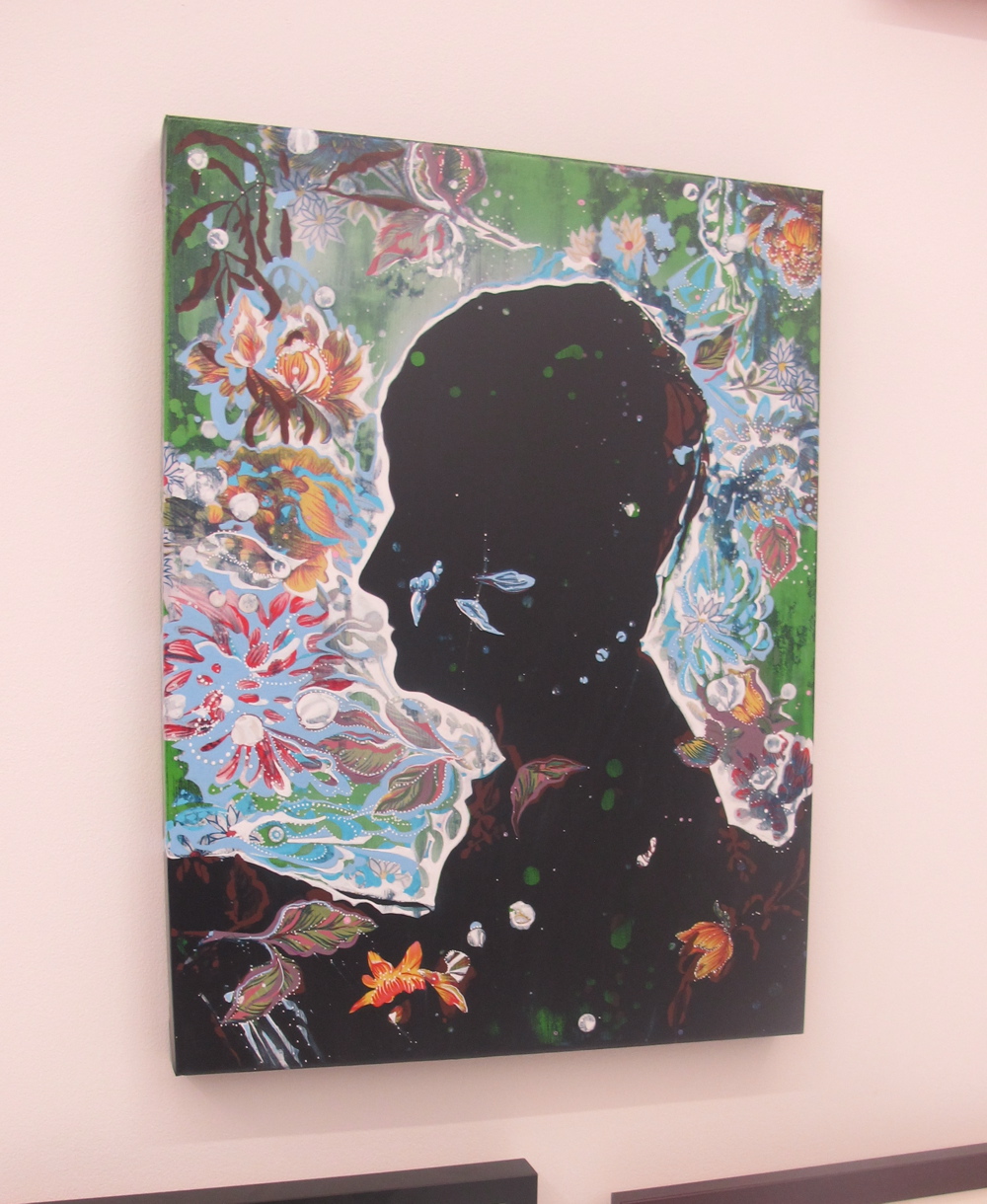 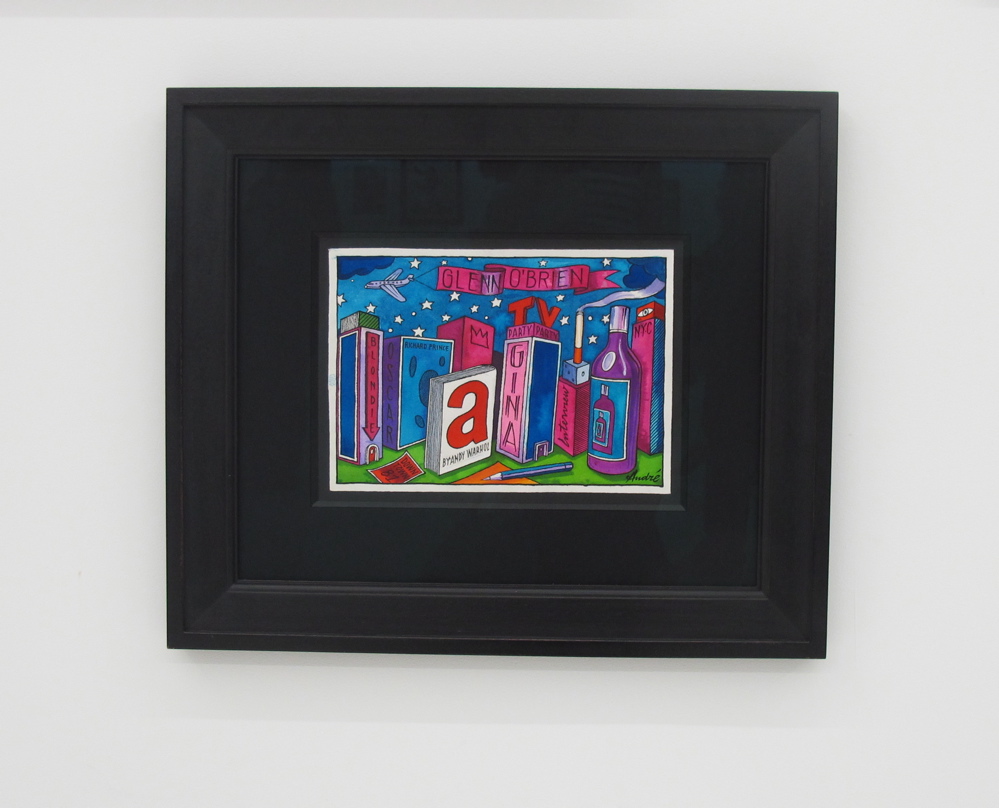 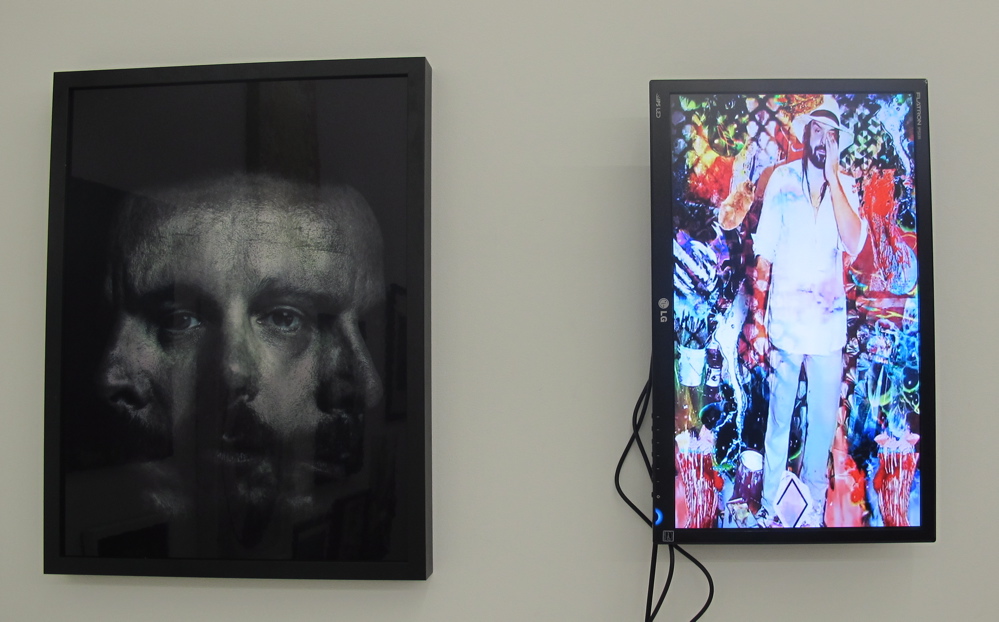 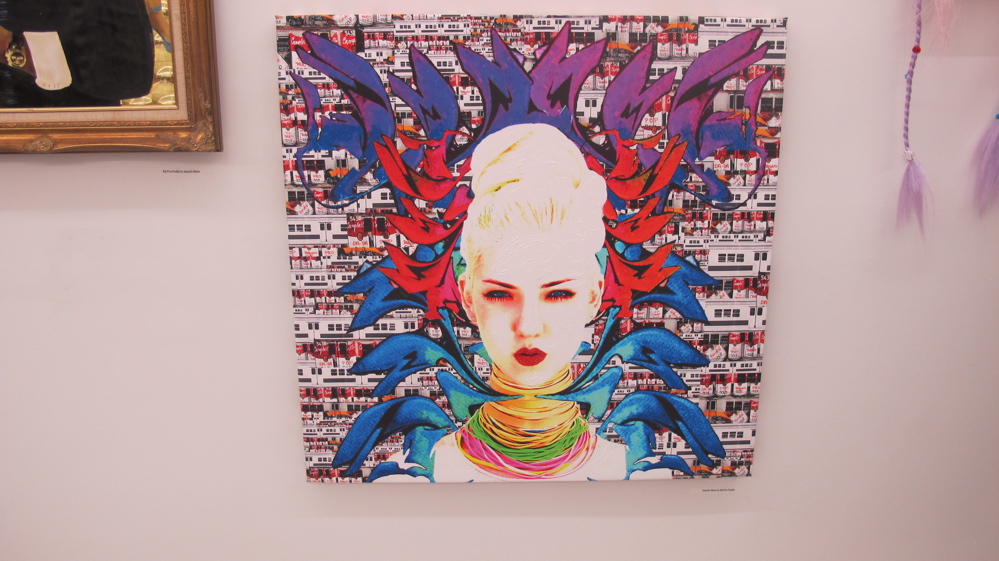 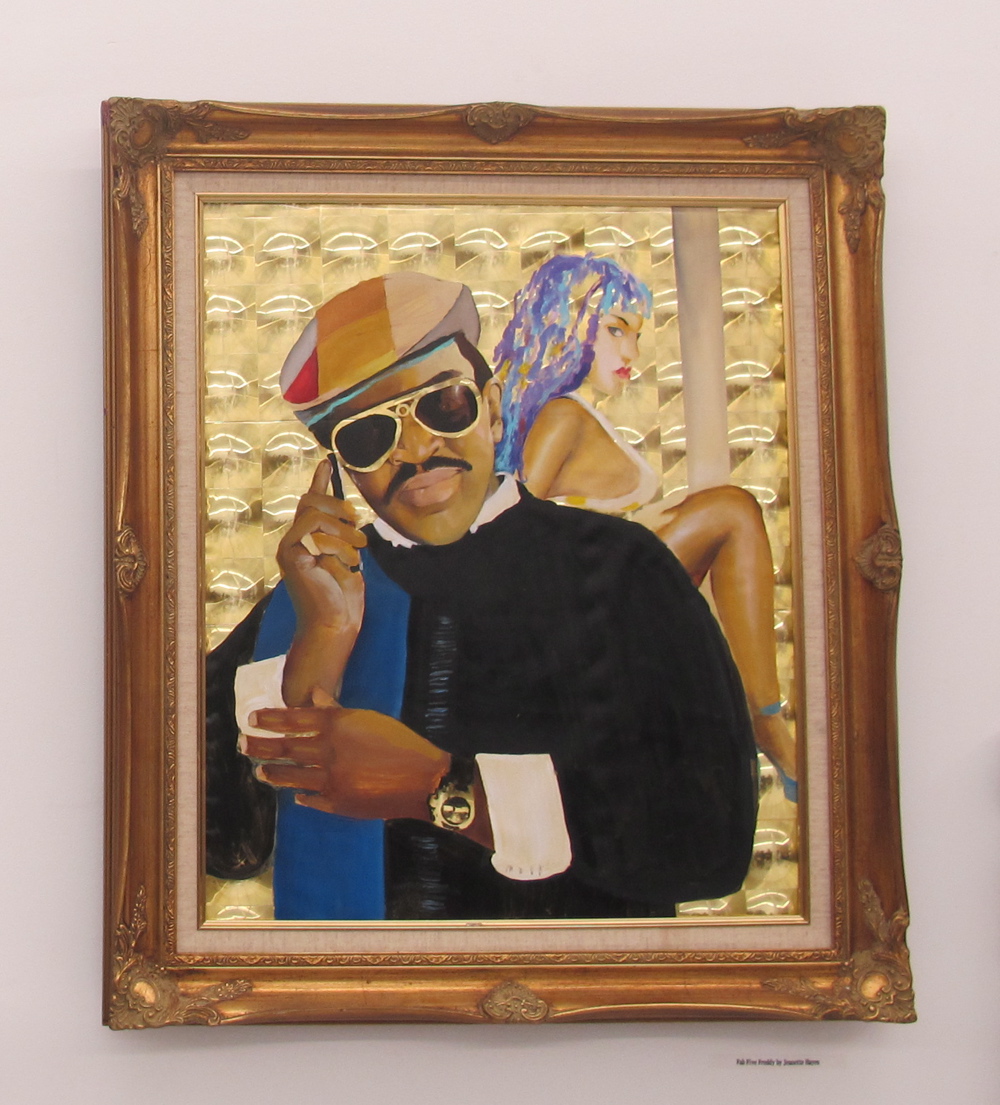 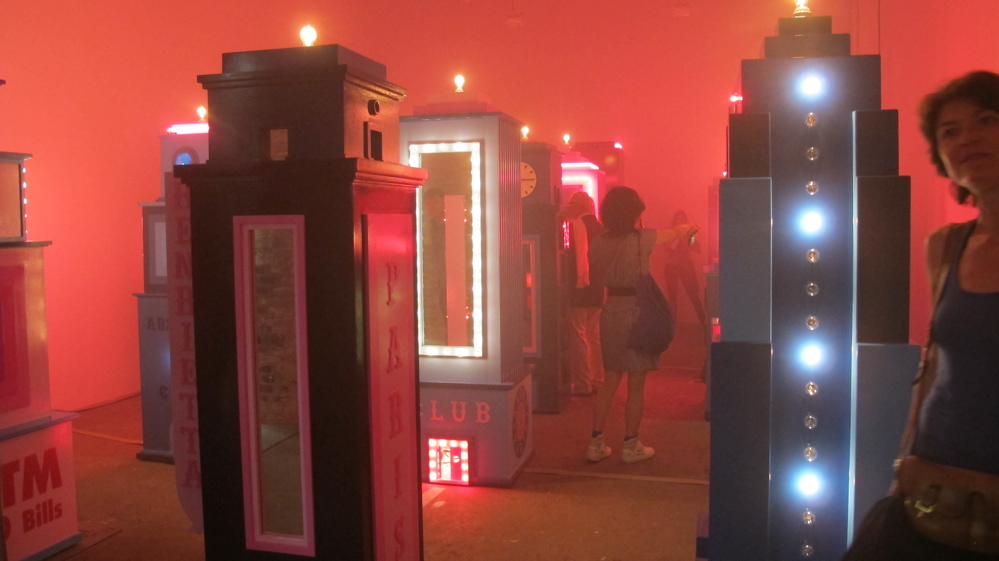 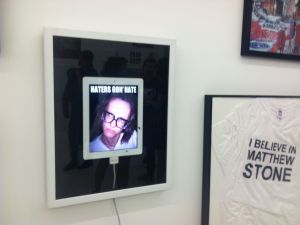 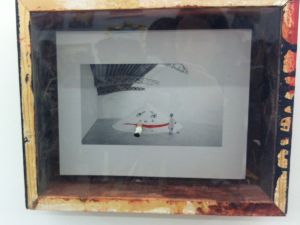 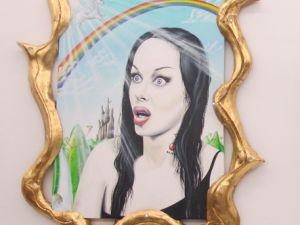 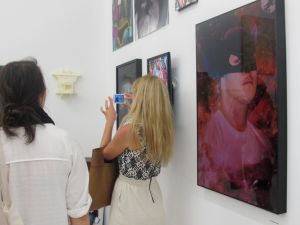 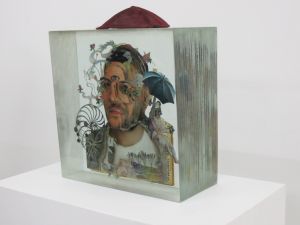 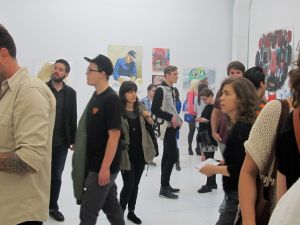 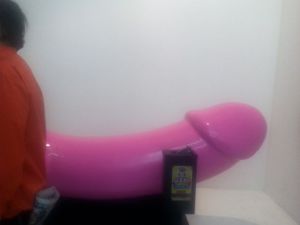 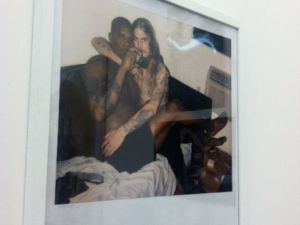 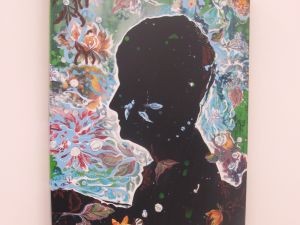 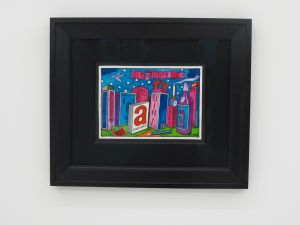 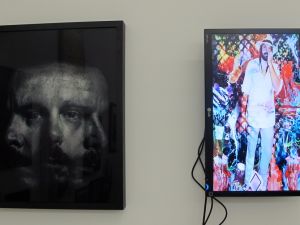 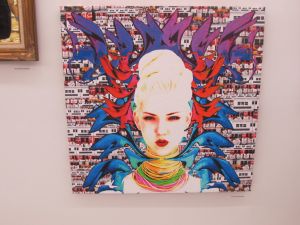 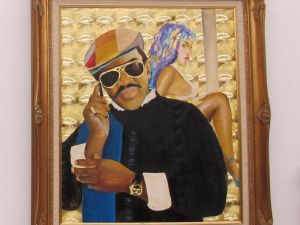 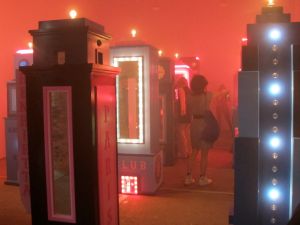 There was a bodyguard inside the Hole gallery on Thursday night next to a velvet rope. A large sculpture of Mickey Mouse with a large and erect penis stood on one side of him. On the other side was what looked like one of the coin-operated children’s rides you might see outside of a Rite-Aid, but it was in the shape of a large pink penis. Once the guard lifted the rope, you could walk into Andre Saraiva’s exhibition, “Andrepolis.” A pinkish haze hung in the air, through which a miniature city of Art Deco-styled sculptures of buildings glowed blue, pink and purple, decked with delicate Edison lights on top. Neon lights flashed above their tiny doors, denoting which city each building represented—apropos for a nightlife impresario and artist whose Le Baron club has venues in Paris, Tokyo and New York.

“It’s kind of like Disney World, artist-style,” said Berndt, a German sculptor. He looked thoughtfully at a stream of young people walking out of Mr. Saraiva’s exhibition and back into the main gallery. We were standing by a white egg that was affixed to the wall. It was part of “Portrait of a Generation,” a group show of more than 100 portraits of artists done by other artists. This egg portrait had no label.

“It’s like the ’80s,” Berndt continued. He had longish white hair and was wearing a dark smoking jacket, a white scarf and matching white-framed Ray-Ban glasses. “But everyone here is rich. People who show here are children of celebrities.” He smiled and then looked closely at the egg. “How did they get this on?”

A group of very young men rushed up and one popped his head over our shoulder.  “You could say it’s original,” he said looking at the egg, disdainfully. “But I think it’s lazy.”

Next to the egg was a black and white photograph of Terence Koh kneeling by a cone-shaped pile of salt from the performance he did at Mary Boone last year. A red smile was drawn onto the image and a cigarette was stuck between those lips. All of this was placed in a box with a Perspex window.

The egg, we learned later, was a portrait by Mr. Koh of the artist collective known as the Bruce High Quality Foundation. The cigarette-bedecked image was their portrayal of him.

Later, by the front window, we met a young man, one of the members of the Bruce High Quality Foundation. His arm was in a sling and he seemed very tall.

How long did it take them to make the Koh portrait? “I dunno,” he said, looking down at us through half-closed lids. He looked around the room and back down at us and smiled. “An hour? A day?”

Walking through the steamy gallery, we came across a portrait by the late Dash Snow that shows him and Kunle Martins embracing, their arms bare and tattooed. A woman came up with her friends and bumped us out of the way. “That’s nice, I like that,” she said to her friends. We walked over to another portrait—an animated GIF image moving on a screen—and were soon bumped out of the way by another woman, this one in a red suede skirt taking video with her iPhone. Sky Ferreira glided by like a wood sprite who had lost her way, her hair sculpted into a gentle tangle.

In another gallery, Mr. Saraiva had his arm around Aurel Schmidt and they were looking at a photograph that she took of her husband, Donald Cummings, lead singer in the band the Virgins. He was in a blonde wig, glasses and a white T-shirt, and sitting on a stool in a studio with his penis exposed. “It’s a portrait of my husband dressed like me,” she said. “I took it. I also did my portrait.” She let out a laugh. “I did them both!”

Mr. Saraiva grabbed our hand and led us through the room to the back of the gallery to show us a small painting of brightly colored buildings.

“This is my portrait of Glenn O’Brien,” said Mr. Saraiva, pensively. The buildings in pinks, blues and purples were named after people—“Blondie,” “Richard Prince,” and “Gina.” It was a humble 2-D version of the flashing, glowing, psychedelic room next door. “I always did these drawings of imaginary cities,” he said. “So I wanted to make it real, to make it happen.”

Then someone caught his eye and he held our hand tightly as he looked toward them. Moving away, he slowly let go of our hand and turned to flash us a warm smile before gradually walking into the crowd.