Sadly, our friend the Hudson bottlenose dolphin has passed away. It was discovered, belly-up, on the Chelsea Piers this morning, several days after it was spotted frolicking in the murky waters separating Manhattan from New Jersey.

Though this is devastating news, we do retain some hope that this mammal carcass might not be the same dolphin that has recently been photographed in the .

DNAInfo–which has really been on top of this story since day one, so kudos– reports:

A spokeswoman for the Riverhead Foundation, which had been searching for the lone dolphin since it was seen in the Hudson Sunday evening, said it was too soon to say whether the dead dolphin was the same as the one that was spotted Sunday.

“We won’t know if it’s the same dolphin until we match the dorsal fin,” said Kim Durham, spokeswoman for the foundation, which monitors marine mammals in New York.

Second dolphin conspiracy theory time! We know it’s unlikely, but we’d rather live in a fantasy world where this is the dolphin that finally met justice, Fugitive-style, than our original dolphin on the lamb. 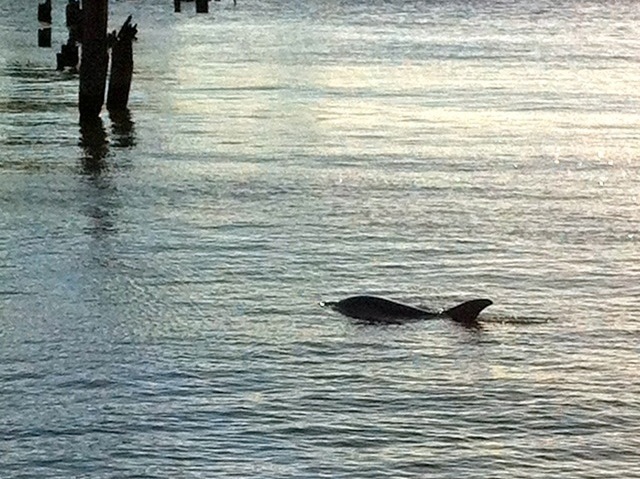