On a sunny afternoon two weeks ago, David Maupin, co-owner of Lehmann Maupin gallery, sat in his Rem Koolhaas-designed office in Chelsea looking over a spreadsheet of Hong Kong real estate listings. Last year his business partner, Rachel Lehmann, spent three months traveling in Asia. In the past five months, Mr. Maupin has gone there three times (no small feat considering that he and his partner, W magazine editor Stefano Tonchi, welcomed newborn twin girls a year ago), gallery partner Courtney Plummer has gone twice and two other employees made trips. “I enjoy it,” said Ms. Lehmann. “Hong Kong is interesting. It’s one of these cities that has this uplifting energy.” They are planning to open a branch in Hong Kong; along with global megadealer Larry Gagosian, they will be among the first New Yorkers to do so.

The gallery plans to sign a lease at the end of September, on a space in the city center; the next step, said Ms. Lehmann, would be an additional, larger space with a more traditional exhibition program, somewhere outside it.

As for Lehmann Maupin’s potential second outpost, one possibility is the Aberdeen area, where there are warehouse-like spaces. Yet another is West Kowloon, where a cultural district will include a new museum. There is also the Chai Wan area. In a year, Ms. Lehmann said, much more will be known about how things are shaking out in the city.

Ill economic winds have, of course, been blowing worldwide—and the most recent Hong Kong art auctions were down from last year’s—but there are still many reasons for galleries from the West to be interested in China. (“Potential” and “growth” tend to be the words most often used by dealers discussing doing business there.) For one, there’s the growing number of billionaires; last fall, Forbes released a report saying that “the number of billionaires among China’s richest 400 people increased to a record 146 from 128 a year earlier.” Then there’s the news of the many private museums in development in the country. “And that’s really of interest to us,” said Mr. Maupin, “because that’s where artists can work more ambitiously.”

The Art Newspaper recently reported that “There are around ten ‘serious’ buyers of international contemporary art based in China.” While Mr. Maupin said that currently only a small percentage of the gallery’s overall business is done with clients from Chinese-speaking Asia, that percentage has been increasing steadily in recent years. Having a gallery in Hong Kong, he said, was about having a base from which to do business everywhere from Jakarta to Seoul to Tokyo.

“The best thing for us is to have a physical presence there, to be visible,” said Ms. Lehmann. “In Asia, having face time is important, as important in China as it is in Korea and Japan.”

There is potentially another reason. White Cube Director Tim Marlow told the Financial Times last month that the gallery’s Hong Kong branch serves as a platform for its artists to become better known there. In a market where competition for the top artists is high, having a venue in Hong Kong presumably can make a gallery more attractive to them.

But another major factor for galleries eyeing Hong Kong is the opportunity to scout local talent. Recently, Lehmann Maupin signed its first Chinese artist, the 40-year-old Liu Wei, who works in painting and photography, but has been focused recently on large-scale architectural sculptures that resemble cityscapes and are made from unconventional materials, like door frames and books. The gallery will give him his first-ever New York solo show next February. And Ms. Lehmann said she is currently looking into representing a second Chinese artist.

The decision to work with Liu Wei was not a snap one made to capitalize on a new market, the Lehmann Maupin partners emphasized. Back in 1998, the gallery did an exhibition of contemporary artists from China. He wasn’t in that show, but it got the gallery looking there. Mr. Maupin first visited his studio in an industrial area of Beijing about five years ago, and started following his work, which he’d seen it in the Chinese pavilion at the Venice Biennale in 2005. In the past four years alone, Mr. Liu has participated in the Busan Biennial, in South Korea; the Guangzhou Triennial, in China, and the Shanghai Biennial. He’s also been in museum exhibitions in Paris and London, and his work is owned by London’s Saatchi Collection, and the Astrup Fearnley Museum of Modern Art in Oslo. His generation of Chinese artists are not only better known in the West than many older ones, but are also more used to the gallery system here, said Mr. Maupin. “I think that those differences—the whole concept of representation being more complex than just the sales function—the generation born in the 70’s and later are much more familiar with it and accepting of it.”

Doing business in Asia isn’t new to the gallery. Ms. Lehmann, who’d had a gallery in Geneva, founded Lehmann Maupin in the early 90’s with Mr. Maupin, who’d worked for New York gallery Metro Pictures. They started making trips to Japan in the mid 90’s, when a museum there purchased works by the artist duo Gilbert & George. By the late 90’s, they’d started working with Korean-born artists Do Ho Suh and Lee Bul, and gradually developed a strong client base in Korea. Ms. Lehmann now describes that country as “like a second home.” (At Christie’s Hong Kong on May 26, Do Ho Suh’s chandelier-like sculpture Cause & Effect (2007) made his fourth-highest price of 2.4 million HKD ($311,715), surpassing its high pre-sale estimate of 2 million HKD ($257,615).)

They considered opening an outpost in Seoul, but that city already has a well-developed art scene; their Korean artists already have galleries there. So it came down to Hong Kong and Singapore, where, Mr. Maupin said, there are “very serious collectors.” Both places have all the tax advantages of being freeports. (Real-estate in Hong Kong is on the pricy side; spaces in Beijing, where the Pace Gallery has had an outpost since 2008, are less expensive, but the taxes on art in mainland China are high.) The decision was difficult, Mr. Maupin said, but “ultimately, Hong Kong is positioned more as a destination.” 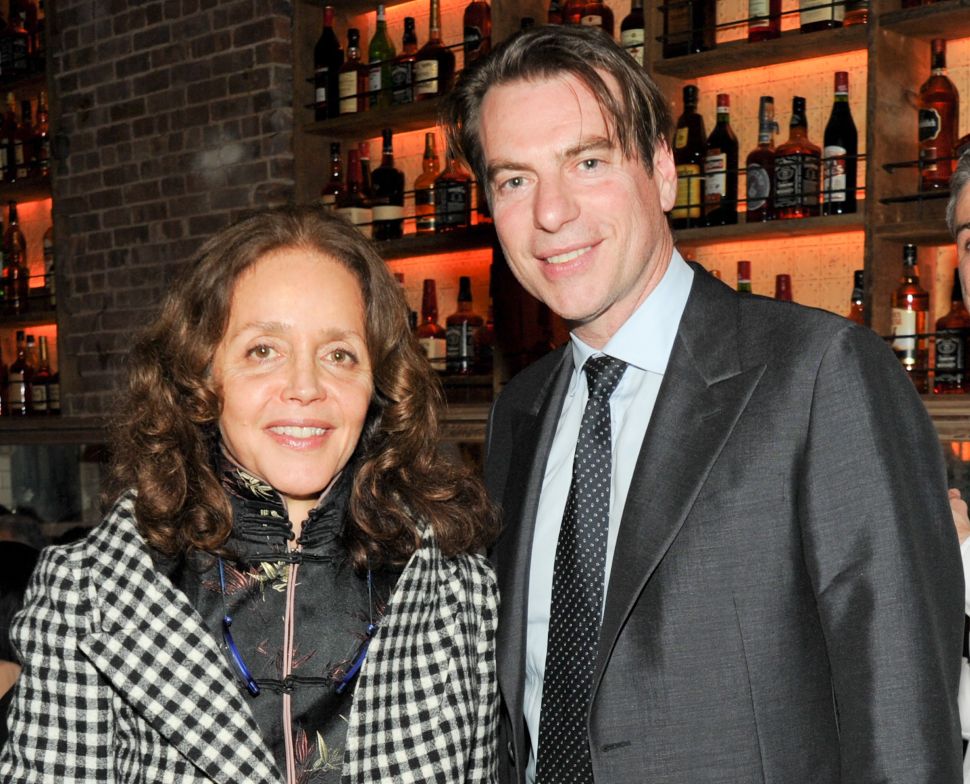