In the debate over the dearth of women in technology—just 11 percent of startup founders that take venture capital are women, as an example of one of the many lopsided statistics—one solution inevitably comes up: get ‘em while they’re young. While there are outliers, most of the tech greats got into technology early. Bill Gates went to one of the only high schools in the country that had a time sharing computer in 1968, for example.

As guest columnist Sarah Kunst wrote on Betabeat, women need to get into the pipeline in order to get to the top. This idea, often raised during debates over the gender ratio in tech, makes Stuyvesant High School an interesting case study. All students at Stuyvesant are required to take a year of computer science. As it turns out, the advanced computer science classes skew mostly male anyway. But for a year, boys and girls get exposed to computer programming together.

We asked Mike Zamansky, the head of the computer science program, to share some stories from his female students. They did us one better. Eight students sent in first-hand accounts of what it’s like to learn computer programming as a teenage girl.

Check out these stories of learning computer science as a high school girl. Special thanks to student Ellie Abrams, who coordinated the project.
END_OF_DOCUMENT_TOKEN_TO_BE_REPLACED 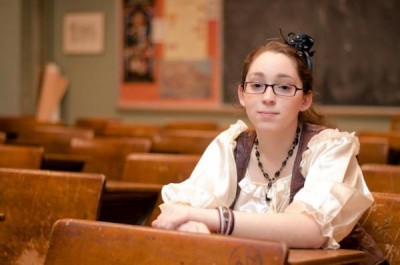