This afternoon, President Barack Obama had lunch at Kenny’s BBQ Smokehouse in Washington. Among the guests were two barbers who are participating in “Fatherhood Buzz,” a campaign started by the Department of Health and Human Services to connect men at barbershops with information designed to help strengthen their families. Barbers in several cities around the country are participating in the program. Here in New York, one of the participating locations is Denny Moe’s Superstar Barbershop in Harlem. The Politicker spoke with Denny Moe himself who explained why he thinks barbershops are the perfect location for community outreach.

“In the barbershop, you could talk about just about anything….You’d be surprised how many people open up to us, because we can talk about certain health disparities and certain types of things that are going on in the neighborhood,” Mr. Moe said. “If you go to a doctor and the doctor tells you something is wrong with you, even if he has something wrong with him, he’s not going to share that with you….As a barber, if I’ve got something going on too, I’m going to tell you. I’m going to say I’m experiencing that same situation. It may be prostate problems or high blood pressure buildup, I’m going to share that with you. You’re going to feel like you’re amongst a peer and you can let loose. That’s how it goes down in the barbershop.”

The “Fatherhood Buzz” program will feature information on different themed topics being given out in participating barbershops. For the first quarter, the program is focusing on financial literacy and job training.

Mr. Moe said he sees the program as not only about reaching fathers, but reaching children themselves as well as other men in the community who can be role models.

“It’s just pushing every man period to be a father, you know what I’m saying? Even if it’s not their child, but to be a father figure,” said Mr. Moe. “You have a child in the barbershop and you know he’s going astray, you know, be a father to that child, talk to him.” 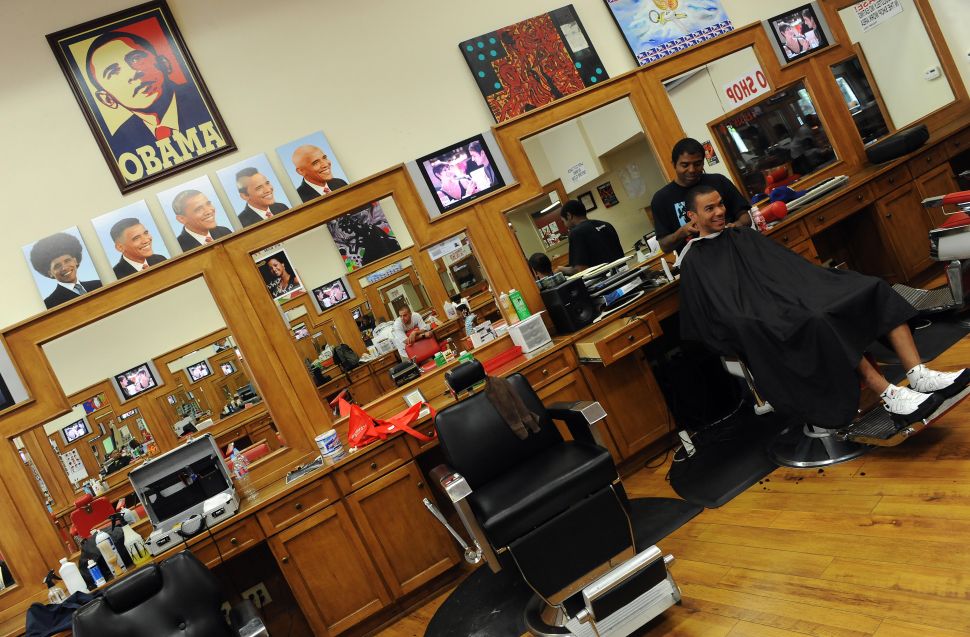