If it were possible for a skyscraper to quietly rise nearly a thousand feet into the sky with little notice, 4 World Trade Center would be the building to do it. It is not simply that its big brother across ground zero is stealing all the attention, though it is. When 1 World Trade Center tops out at the end of the week, following a Flag Day ceremony led by President Barack Obama, it will be another milestone for the site, one of the last. When 4 World Trade Center achieves the same fate sometime next month, will anyone notice? If not, that would be a shame, because this may well be the nicer of the two.

Part of this comes from simple gestures, like the iridescent glass that makes the building disappear into the clouds, or the almost platonic geometries of the structure. And while the building may not have captured the notice of New Yorkers, tenants are keen on the building, with a number of them close to deals ranging from one floor to six or more, according to Silverstein Partners.

In a decade or more, when the entire site is finished, it will be a triumph, especially if each of the four towers can stand out as their own. One World Trade Center will certainly be the head of the family, while 4 World Trade will be the beautiful daughter everyone secretly adores. 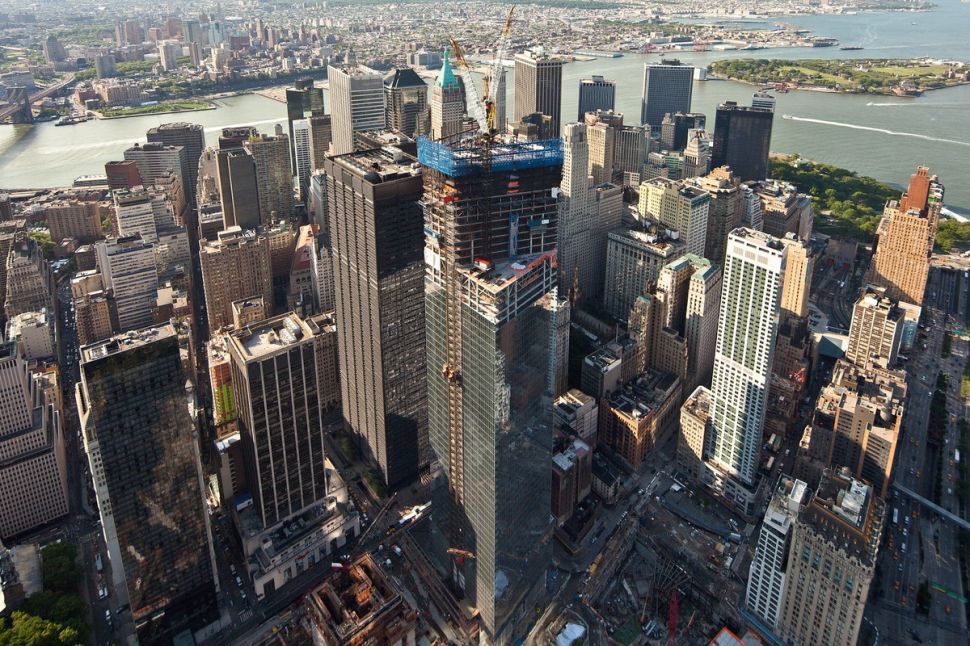