Could Canadian killer and infamous internet villain Luka Magnotta be behind a Hollywood murder mystery? After an international manhunt, German police say they have arrested Luka Magnotta in Berlin over ten days after he allegedly killed and dismembered a man named Lin Jun, posted a gruesome video of the crime online and mailed the body parts to the headquarters of Canadian political parties. However, The Observer has uncovered information that could potentially link Mr. Magnotta to an infamous case from earlier this year where the severed head and hands of a man were found on a wooded trail near the Hollywood Sign.

Update (6/8/12 8:37 A.M.): The LAPD has confirmed they are investigating the possibility Mr. Magnotta was involved in the Hollywood Sign killing.

Mr. Magnotta is a self-described male model and sometime escort who became infamous on the internet in late 2010 after online sleuths tied him to a series of videos showing a man killing kittens by drowning them and suffocating them in a vacuum bag. Over the past few years, Mr. Magnotta has used a series of online accounts and aliases to promote himself and discuss his alleged participation in the kitten killings. Immediately after the video of the Canadian murder, which includes footage of necrophilia and potential cannibalism, was posted online, Mr. Magnotta disappeared and law enforcement began an international manhunt saying they believed he fled to Europe.

While Mr. Magnotta was on the lam, a series of YouTube accounts appeared commenting on the case. Experts have said at least one of the accounts, which used the user name “Beavis Butthead,” “sounds exactly like” it was being operated by Mr. Magnotta himself. An online gaming account that had been used by Mr. Magnotta in the past also showed activity following his disappearance. When the German police arrested Mr. Magnotta, they found him at an internet cafe, further indicating he was accessing the web while on the run. Detective Sergeant Antonio Paradiso of the Montreal Police Service told us Mr. Magnotta “most probably” made online postings while he was on the lam, but it is very difficult to confirm for certain.

“That’s very difficult to verify, we’re still making verifications. There are all these sites anyone can access, it’s incredible how difficult and complicated it could get,” Mr. Paradiso said of the YouTube accounts potentially belonging to Mr. Magnotta.

Update (6/6/12 3:31 A.M.): A group of activists affiliated with the organization Last Chance For Animals has taken responsibility for creating the HollywoodLoveLetters account on YouTube. They claim it was part of an “investigation” into Mr. Magnotta.

The account opened on Friday and its first action was”liking” footage of an interview with Mr. Magnotta. HollywoodLoveLetters followed that up soon afterward by posting a video entitled “The James Dean Killer – Luka Rocco Magnotta.” Prior to the video’s being posted, no public accounts attributed the “James Dean Killer” moniker to Mr. Magnotta, but the alleged killer himself has a documented interest in the late movie star. He once named Dean as one of his idols, has claimed to have undergone cosmetic surgery to look more like the actor and has posed for photo shoots dressed as Dean.

The “James Dean Killer” video featured a description calling Mr. Magnotta “the sexiest serial killer ever to walk the earth.” Many of the online sleuths who have been following Mr. Magnotta commented on the video claiming the poster must be the alleged killer himself, but HollywoodLoveLetters never directly responded to these comments.

Originally, the avatar used on the HollywoodLoveLetters profile was a mashup of the gay pride flag and the U.S. flag. Over the weekend, HollywoodLoveLetters switched the picture to a shot of the Hollywood sign. On Sunday, HollywoodLoveLetters began directly referring to the Hollywood Sign killing by “liking” a video news report on the case. That day, HollywoodLoveLetters also posted another video about Mr. Magnotta entitled “The James Dean Killer – 1 Man 1 Icon – Luka Rocco Magnotta.” This second video features several purported personal photos of Mr. Magnotta including pictures described as showing his parents in the 1980’s and him at five months old that do not seem to have appeared online prior to the video’s release. In the purported photo of his parents, his mother is scrawled out. A distorted voice in the video also utters the words “The Nine Satanic Statements,” which come from the bible of the Church of Satan. Last April, a post titled “The Nine Satanic Statements, Sins and Rules Of The Earth” appeared on one of the many blog sites that seem to have been maintained by Mr. Magnotta. The naming convention of the newest HollywoodLoveLetters video also matches the title of the gruesome video of the Canadian killing that was posted online, which was “1 Lunatic 1 Icepick.” The account has shown no new activity since Mr. Magnotta’s capture this morning and the user did not respond to a request for comment last night.

In addition to the YouTube activity and the obvious similarities in the methodology of the Jun killing and the Hollywood Sign murder, which both involved severed body parts placed in prominent locations, Facebook postings on one of the many accounts attributed to Mr. Magnotta indicate he was in Los Angeles less than one month after the Hollywood Sign killing. In the postings, which were dated February 19, the Facebook user who identifies themselves as Mr. Magnotta tries to arrange a meeting with a friend and informs them he is “doing massages” in Los Angeles. He lists a phone number that traces to an L.A. escort agency as the best way to contact him.

The severed head and hands were found by the Hollywood Sign by two women who were walking their dogs on January 17. Police later identified the victim as Hervey Medellin, 66. Mr. Medellin was reported missing by his boyfriend on January 9.

We have given this information to police in both Montreal and Los Angeles. Both agencies have told us they are reviewing our tip.

“For the moment we’re still working on what we have here. We have a lot of things to do on that,” Mr. Paradiso said. “Maybe tomorrow, or sometime this week, I’m going to call LAPD or speak with someone there to see if there’s a link between our file and their file.”

With the online information being difficult to quickly verify, Mr. Paradiso said the only confirmed links between Mr. Magnotta’s case and the Hollywood Sign killing are “there’s a body that’s cut up, that the guy was gay and that our guy may have frequented Los Angeles.”

At this stage, it’s impossible to say for sure whether the HollywoodLoveLetters account belongs to Mr. Magnotta and whether he actually had anything to do with the Hollywood Sign killing. The only thing that’s certain is that someone out there is going to great lengths to associate him with it. 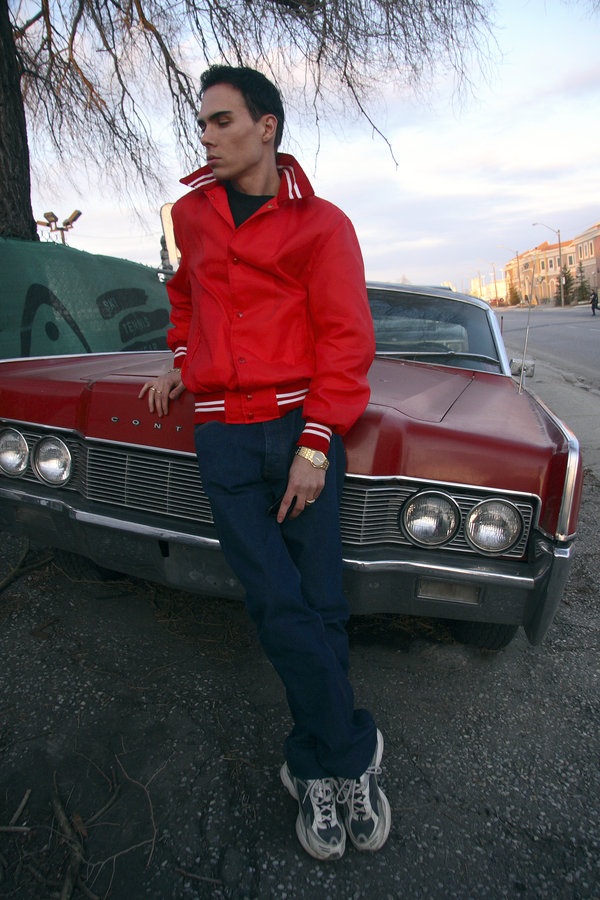