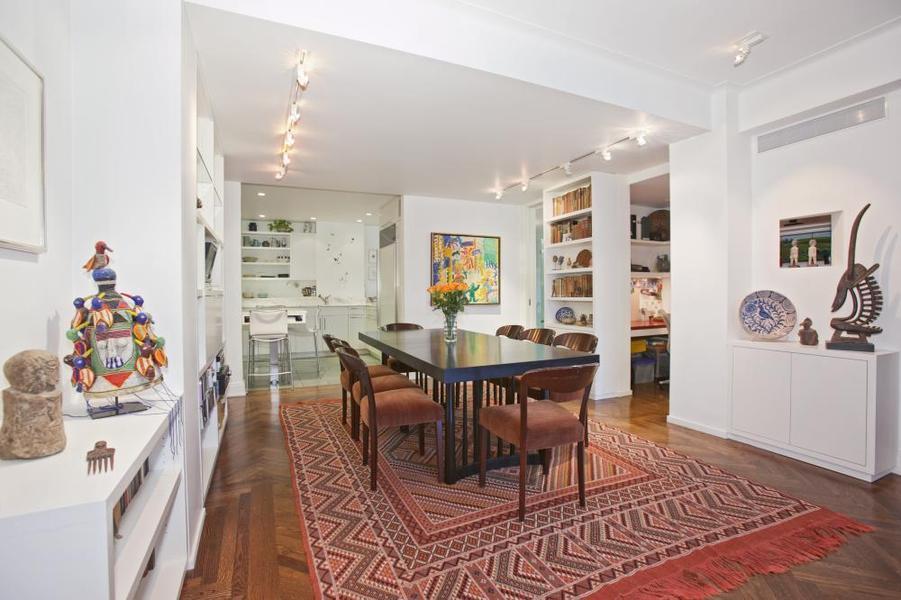 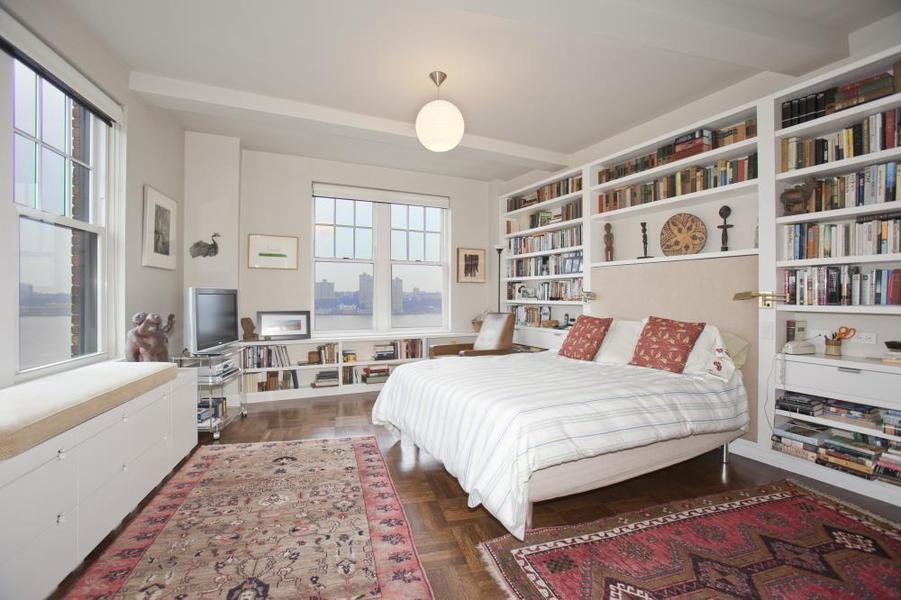 This may be the most stereotypically UWS bedroom we've ever seen. 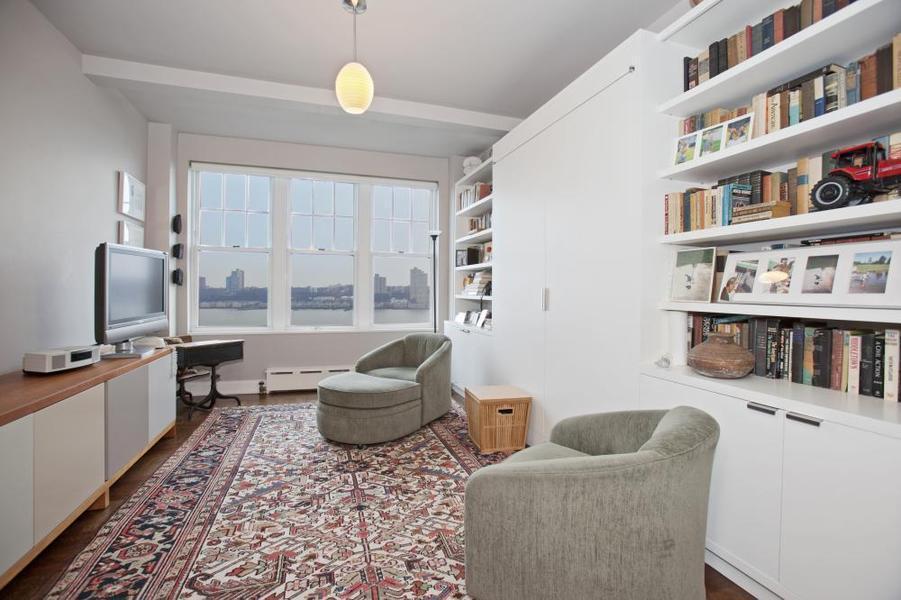 Seriously, this apartment is straight out of a Woody Allen movie. 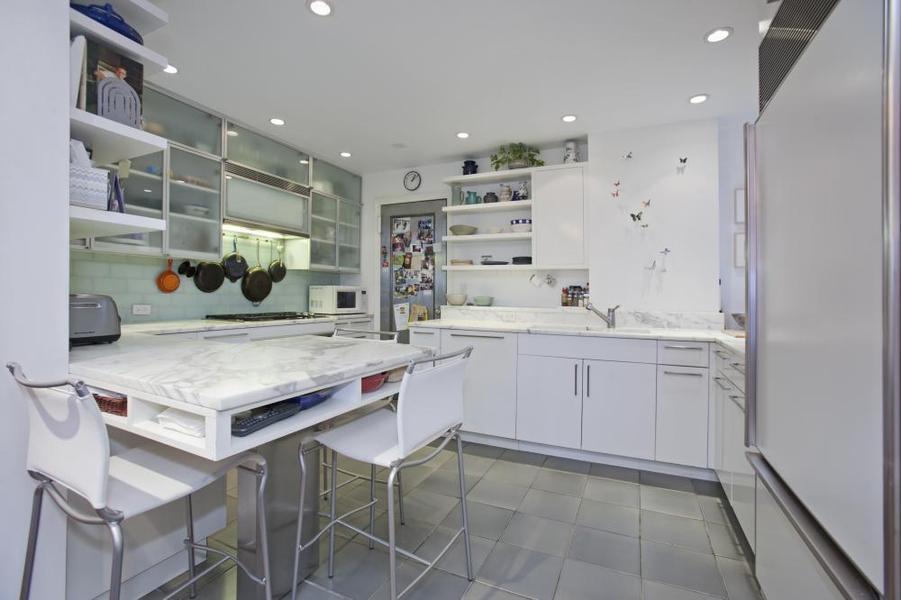 Seeing all this white is kind of charming after of dark woods and masculine granites.
Advertisement 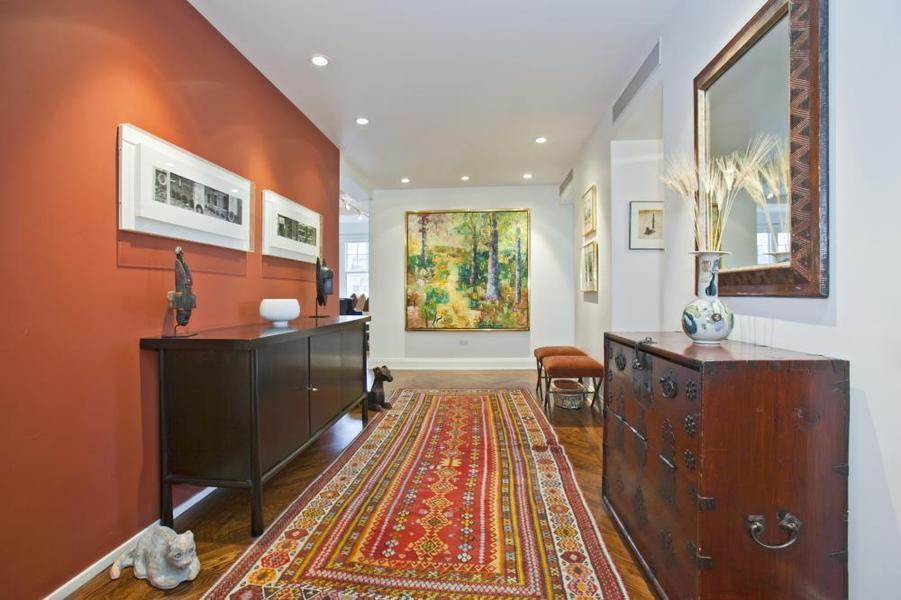 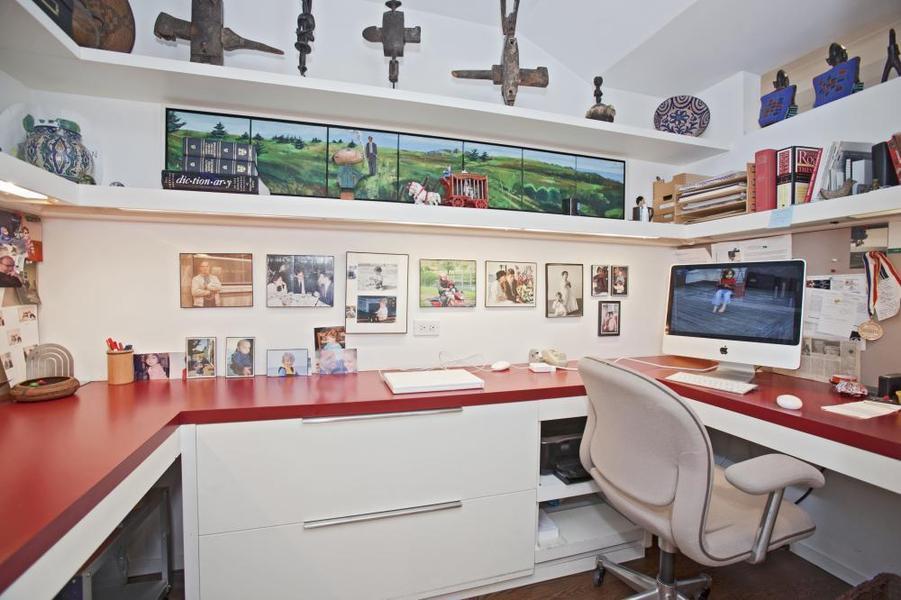 Mmmm... it's an office, we guess, but maybe Ms. Marton is better off working elsewhere. 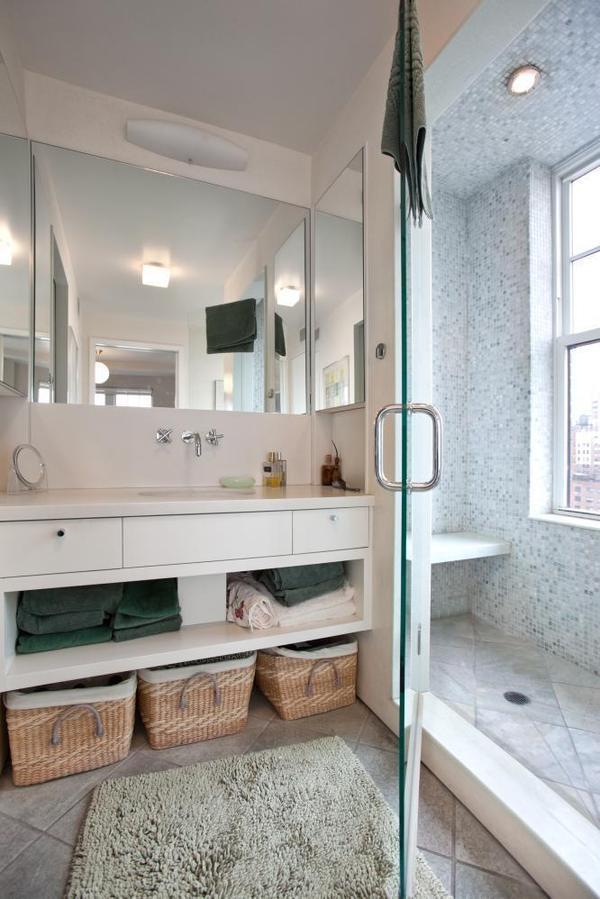 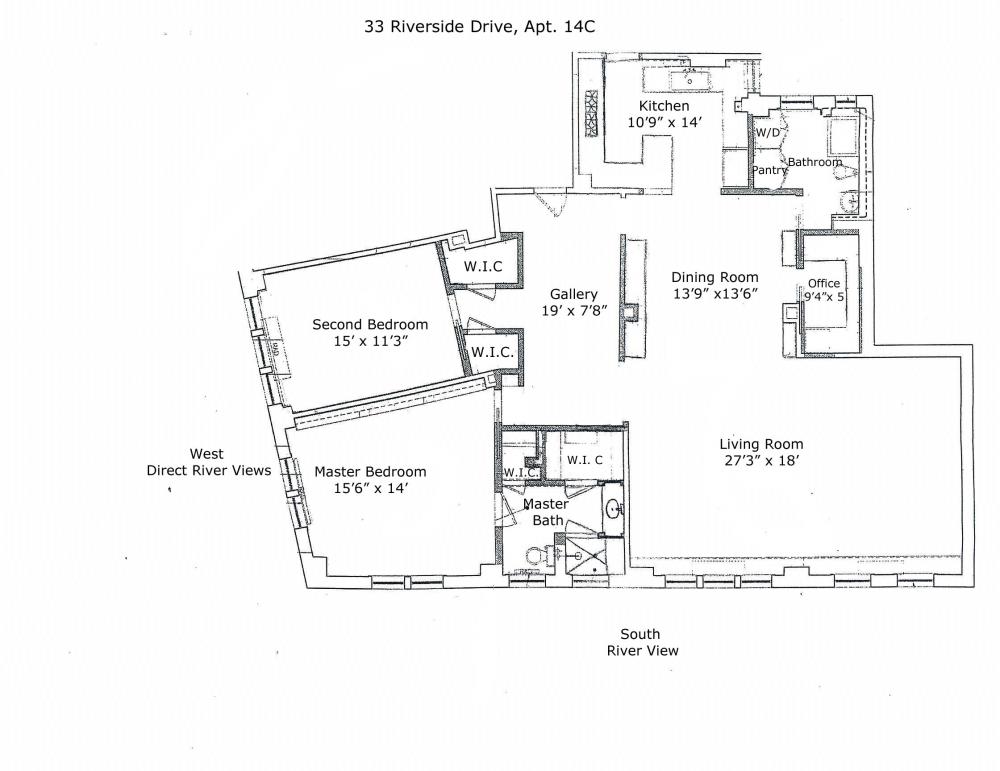 This is kind of a wacky floorplan. Bet it's nice inside. 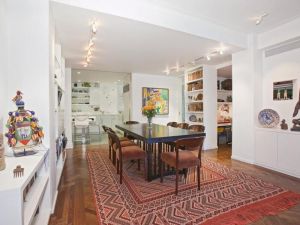 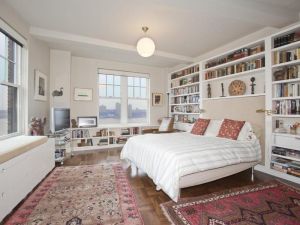 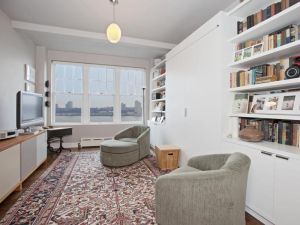 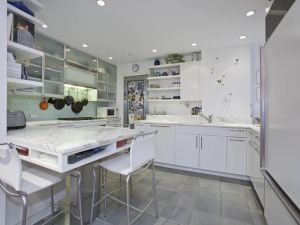 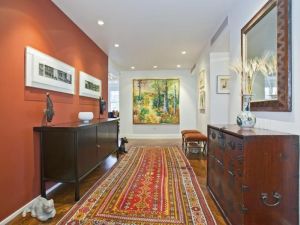 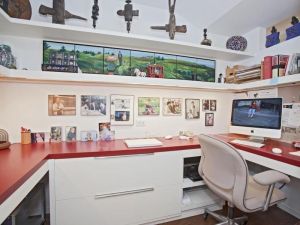 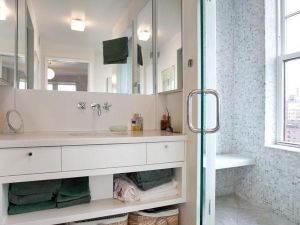 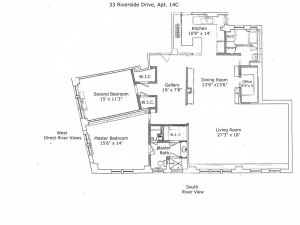 We can’t be sure what sold Kati Marton on the two-bedroom co-op at 33 Riverside Drive, but we wouldn’t be surprised if the building’s storied past had something to do with it. After all, 33 Riverside Drive, where George and Ira Gershwin lived in adjoining penthouses that they opened for legendary parties, has obvious journalistic appeal.

But the 14th-floor apartment that Ms. Marton purchased for $2.9 million from Daniel B. Cohen is certainly appealing in its own right. The Hungarian-American author, foreign correspondent and NPR luminary was quick to jump on the airy apartment, which spent only 20 days on the market listed with Donna Olshan of Olshan Realty.

Ms. Marton will be relocating from the four-bedroom  spread she has owned at the Beresford for a number of years (she bought it with her second husband Peter Jennings in the early 1990s). The apartment, listed at $11.3 million with Stribling broker Beactrice Ducrot, has been on the market for a number of months. (An adjoining one-bedroom, used as an office, sold for $1.8 million in November.)

Ms. Marton, who may have learned a thing or two about negotiations from her third husband Richard Holbrooke (Ms. Marton was fond of power pairings), managed to knock a few hundred thousand off the $3.1 million ask.

As for the apartment itself, it looks like a good fit for an intrepid writer and renaissance woman. Ms. Marton can gaze out meditatively at the “captivating Riverside views” when she needs to take a break from her research, there’s a small office and plenty of space in the 18 by 27-foot living room for a second desk. (The listing also suggests multiple seating areas and a grand piano). Even the master bedroom comes lined with bookshelves.