There’s a reason that the Hamptons Jitney is the one bus that New York’s elite will deign to place their fancy tushes on. The air-conditioned anti-Greyhound actually showed up on time Friday afternoon, and the nice lady who came to take our credit cards gave me two cartons of lemonade and a bag of Bachmann’s Party Mix.

Because it’s not a party without Bachmann’s Party Mix.

I made sure to grab a window seat because I was determined to keep an eye on the road. It was time for me to figure out where exactly the Hamptons were. The last time I ventured a guess, it was deemed so clueless that my publicist, R. Couri Hay, had to step in, spinning my ignorance as some kind of adorable party trick.


“Drew, guess where the Hamptons are!” he would exclaim, shoving me in front of a group of strangers.

“No, tell them what you said before! About New Jersey!”

You see, I was a Hamptons virgin. Everything I knew about the area came from my somewhat sketchy memory of reading The Great Gatsby in high school, which took place on the North Fork (yes, I know), but close enough. At one point I leaned over to my seatmate and asked her where the Dr. T.J. Eckleburg sign with the big eyes was going to be.

The young lady, bless her heart, didn’t miss a beat. “Those were in New York,” she whispered. “Also, you have orange crumbs on your shirt.”

After some sort of time distortion—a common occurrence on the LIE I’m told—I arrived in Bridgehampton, where I was to rendezvous with my guide for the weekend, Cassandra Seidenfeld, whom I had met through Mr. Hay. Here is what I knew about her: she was an actress, she would almost definitely be on Real Housewives this season, and she had offered to host me for the weekend.

“I’m not mad that you’re late,” Ms. Seidenfeld chirped, heaving my gigantic Yankees beach bag into the trunk of her Audi SSL (which had a Ferrari engine, I was reminded frequently). “The Jitney has been terrible,” she said. “I saw a pile-up of six cars. Someone probably died today.”

We got into the Audi. “Okay, we’re going to Pierre’s!” she suddenly announced.

With that, we were off.

Ms. Seidenfeld then hung a left and parked her car just 50 feet from where she had picked me up.

Over mussels, the restaurant’s owner Pierre Weber, a dashing, older Frenchman in a white open shirt and yellow slacks came over to greet us. Mr. Weber made it clear he did not want me writing a review of his restaurant. He told us an anecdote about how he’d once had to banish Gael Greene, lest she write about the food.

I promised not to write a review, although he didn’t have anything to worry about. The food was spectacular! And the service? Doting. Pierre kept coming over to flirt in that European way, you know, holding my hand, stroking my tattoos, and offering that old-fashioned remedy, “kissing it better,” after I literally bit my lip during a particularly racy joke.

“You seem nervous,” he told me. “We have to get you to loosen up.”
“You have to stop flirting with Pierre!” Cassandra scolded on our way out.

We then drove two and a half blocks to the Bridgehampton Inn, which had some connection to Matt Lauer and his wife, although I’m not exactly sure what it was.

Saturday morning I found Ms. Seidenfeld downstairs at the Inn, conferring with Seren, one of hotel’s employees. Seren was also a fortune teller, and Ms. Seidenfeld had some questions. Out of courtesy to the woman upon whose kindness I was completely reliant, I had promised not to write about her affairs d’amour, which were…complicated.

Seren was in the middle of telling Ms. Seidenfeld that she would meet a guy like [REDACTED], and his name would be a combination of [REDACTED] and [REDACTED].

You read it here first.

And then, finally, it was time for the beach! Actually, first it was time to buy big floppy hats at TJ Maxx, which Ms. Seidenfeld did while having me circle the lot. “The police here have no sense of humor, so watch it!” she told me before dashing off and leaving me in charge of a Ferrari engine.

Of course, my first thought was: Do any cops have a sense of humor?
The second being: I don’t have a driver’s license on me.

After the hat excursion, we drove to Montauk, stopping on the way for lobster rolls at The Clam Bar. This was the first of three lobsters I would eat in under 24 hours.

Once situated on the beach, we somehow downed two bottles of Domaines Ott, which was probably not the best idea since we were planning to attend a party for God’s Love We Deliver at the home of interior designers Randy Kemper and Tony Ingrao at 6.

Things got blurry, naps were taken, and before we knew it, we were late. 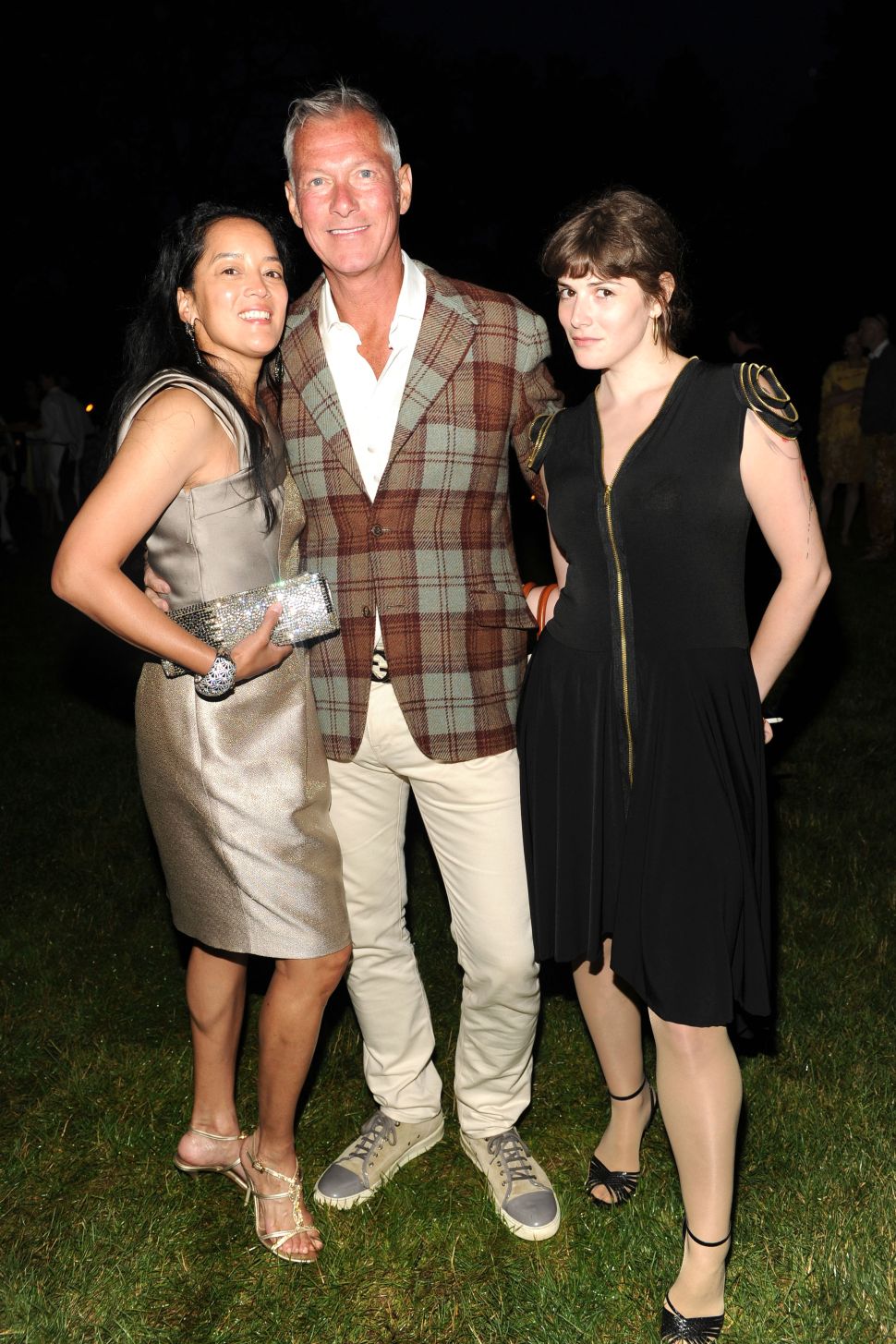