Shortly after Wendy Long emerged victorious in New York’s three-way Republican Senate primary, the New York State Democratic Party sent out a press release entitled “Who Is Wendy Long?” showcasing the “Top 10 Things The Republican Party Hopes You Don’t Know About Their Extreme Candidate For U.S. Senate.” The statement described Ms. Long as wanting to end “Medicare as we know it,” “beholden to the D.C. lobbyist Grover Norquist’s tax pledge,” proud of “her association with the racist, anti-semitic homophobic Dartmouth Review,” a leading opponent of “America’s first Latina justice to sit on the Supreme Court” Sonia Sotomayor, “anti-choice,” an opponent of same-sex marriage and an enemy to consumers, among other things.

Co-chair of the New York State Democratic Committee Keith Wright issued an accompanying statement claiming Ms. Long is radically different from Senator Kirsten Gillibrand, who she will challenge in November.

“The contrast between Wendy Long’s far right, extreme ideological views with Senator Gillibrand’s record of bipartisan accomplishment in the Senate fighting for New York families and the middle class couldn’t be clearer,” Mr. Wright said. “The Republican nominee is a candidate who supports wasteful tax subsidies for big oil and gas companies making record profits, at the expense of tax cuts for the middle class, won’t protect our nation’s commitment to Social Security and Medicare, will oppose a woman’s right to choose and access to birth control, and is against equal rights for all New Yorkers.”

Ms. Gillibrand also issued a statement about Ms. Long winning the nomination, but it took a much more low key approach.

“Senator Gillibrand called Wendy Long to congratulate her on winning the Republican primary. Kirsten looks forward to running a strong campaign based on her record of fighting hard and delivering as a strong independent voice for New York families,” the statement said. 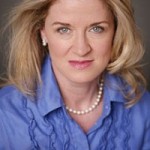