NYPD Officers manning a barricade to keep people back during the raid. (Photo: Hunter Walker)

The Queens Chronicle published an interview with NYPD Commissioner Ray Kelly and his top spokesman Paul Browne in which Mr. Browne described the notion many reporters were arrested at the police raid on the Occupy Wall Street encampment in Zuccotti Park as “a total myth.” In his story about the interview, Chronicle Editor in Chief Peter C. Mastrosimone wrote that Mr. Browne claimed “only one journalist was arrested during the operation,” but the NYPD told us there were actually two arrests of credentialed reporters during the raid.

“The information that I have here–there were two individuals that were arrested in Zuccotti Park, which was Julie Walker and Patrick Hedlund, they were credentialed individuals,” said Sergeant Ryan with the NYPD’s office of the deputy commissioner for public information.

We asked Sgt. Ryan if he had any idea why the Queens Chronicle reported Mr. Browne as saying only one reported was arrested.

“I can’t answer that. I just have the information of the arrests,” he said. “Those are the arrests that occurred there at Zuccotti.” 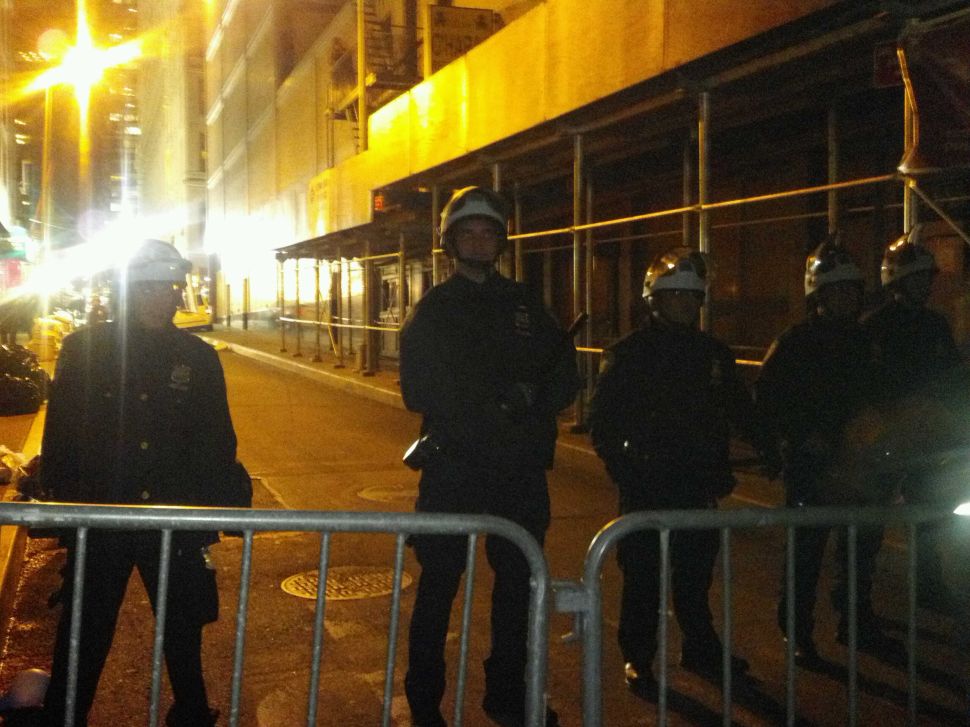