A slew of elected officials including Congressman Jerrold Nadler, former Mayor Ed Koch, Assemblyman Dov Hikind and Councilman David Greenfield teamed up this morning for a press conference denouncing longtime councilman and current congressional candidate Charles Barron as an “anti Semite,” “scary monster” and “bigot.” They also had harsh words for Congressman Ed Towns whose retirement opened up the seat and who endorsed Mr. Barron earlier this month.

“His response was that he would think about it and do what he thought proper,” Mr. Nadler told The Politicker.

He said he hasn’t spoken to Mr. Towns since.

“The media blew up Ed Towns making an endorsement but ignored, in our opinion, the fact that this individual, Charles Barron, is an individual who has a long track record of hatred, and hatemongering, and bigtory and anti-Semitism.”

Prior to Mr. Towns announcing his retirement, Mr. Barron ran against him in 2006. Mr. Hikind said, prior to giving Mr. Barron his backing this year, Mr. Towns enlisted the support of many of the same leaders at the press conference to fight Mr. Barron.

“We stood with Ed Towns. He asked us to stand with him against Charles Barron. He told us how dangerous Charles Barron was and all the words that we used today, this is what Ed Towns said to us,” said Mr. Hikind. “If over the last two years, Charles Barron has repented, I missed it. Where was I?”

Mr. Hikind, who was one of the few major elected supporters of Mr. Towns’ 2011 bid to be district leader, also accused the departing Congressman of having less than pure motivations for his endorsement of Mr. Barron.

“If I thought for one moment that Towns did this on principle, it would be different. I don’t think anyone accuses Towns of endorsing Charles Barron on principle,” Mr. Hikind said. “This is politics at its worst.” 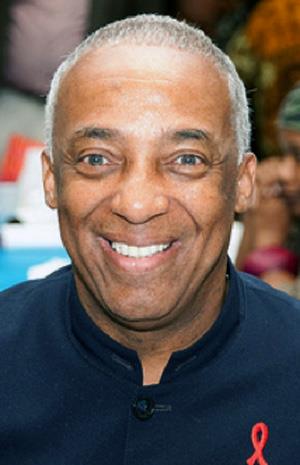