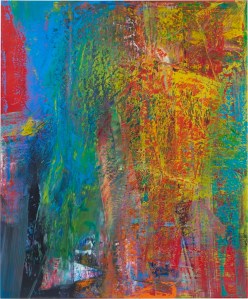 The public rarely hears about sales that high at art fairs. This past spring at the Armory Fair here in New York, Tokyo’s Galerie Sho Contemporary Art offered an abstract Richter for $13.5 million–though Shoichiro Satake, of that gallery, said he had no expectations of selling it, when we asked him about the likelihood that it would sell. The work was mainly meant to grab eyes, he said, as is the case with most big-ticket items at fairs.