Mitt Romney appeared in friendly TV territory, Fox & Friends, this morning where he addressed recent statements made by President Barack Obama that the private sector is “doing fine,” why he thinks “Obamacare” is one of the “worst offenders” when it comes to killing jobs and what he thinks of the Obama campaign’s attacks on his work with Bain Capital.

“The president has the most anti-business, anti-investment, anti-jobs administration I think I’ve ever seen,” Mr. Romney said.

Sitting in Florida in front of a sign that said “Repeal and Replace Obamacare,” Mr. Romney said the “doing fine” comment was one of several that shows President Obama is “out of touch with what’s happening across America.”

“He’s had a number of very revealing comments that show just how far out of touch he is with the rest of the country. Yesterday, he said, among other things, that he didn’t realize that Obamacare is having any impact on small business,” said Mr. Romney. “I’d acquaint him with a survey that was done by the U.S. Chamber of Commerce that asked small businesses how Obamacare’s affecting them, 75 percent, three quarters of them, said it was less likely for them to hire people because of Obamacare.”

Mr. Romney also responded to the Obama campaign’s recent web video citing a statement he made that he would “cut back on government” while President Obama wants “more firemen, more policemen, more teachers” as evidence Mr. Romney would eliminate many of these jobs. He said it was “completely absurd” for the Obama campaign to claim he would cut firemen, policemen and teachers as a result of this statement.

“That’s a very strange accusation, of course, teachers, and firemen and policemen are hired at the local level and also by states. The federal government doesn’t pay for teachers, firefighters or policemen, so obviously, that’s completely absurd,” said Mr. Romney. “He’s got a new idea though and that is to have another stimulus and to have the federal government send money to try and bail out cities and states. It didn’t work the first time and it certainly wouldn’t work the second time.”

“I think people understand that we have a free enterprise system in America and that the right course for America is to encourage free enterprise,” Mr. Romney said. “Small business, big business, we want people to hire.”

Mr. Romney also suggested the president is out of touch with the hardships people are facing because he’s spending too much time fundraising.

“The idea of selecting as a campaign slogan ‘Forward’ is so absurd. The American people are facing really tough circumstances,” said Mr. Romney. “People are having hard times in this country and the president needs to go out and talk to people, not just do fundraisers.” 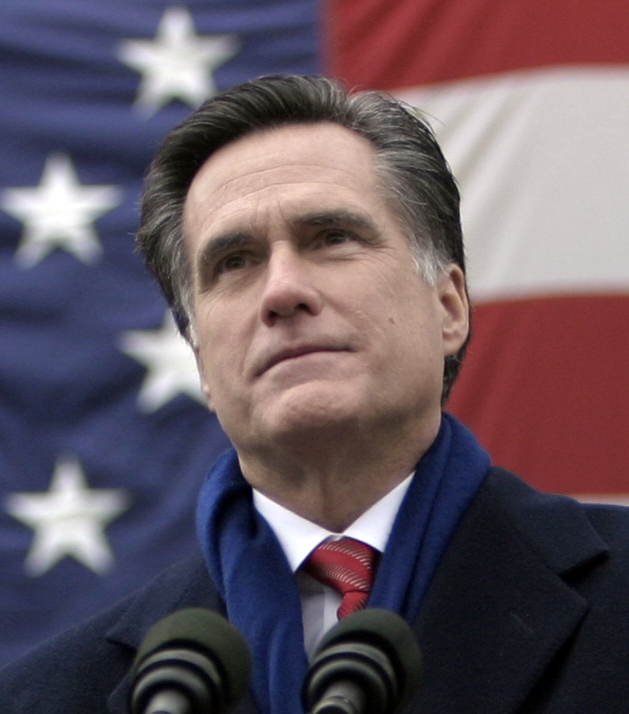