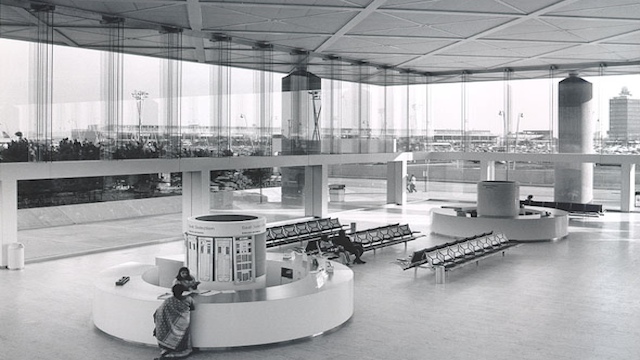 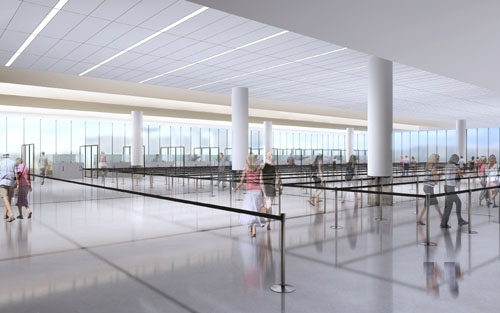 The expansion is meant to make passage easier for travelers moving between domestic flights and foreign ones, which used to be handled out of Terminal 4.
mchabanobserver 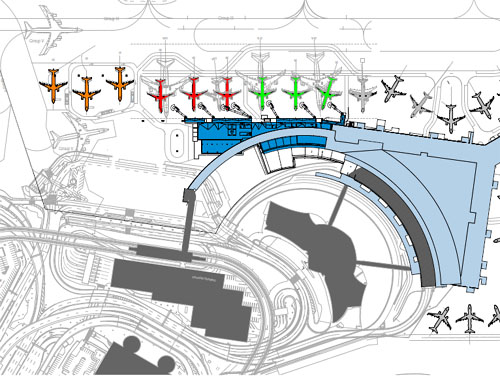 The new expansion connects to the existing T5, which encircles Eero Saarinen's famed TWA Terminal. Beside the terminal is parking for five planes on the 19 acre site that used to house Terminal 6.
mchabanobserver 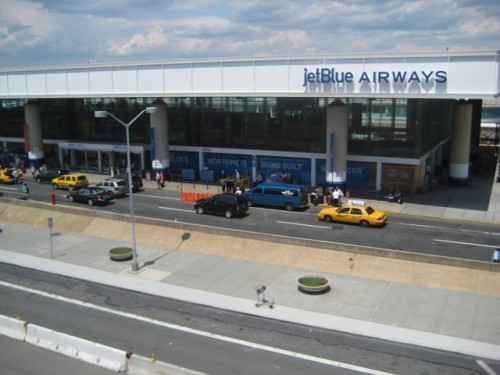 That terminal was home to JetBlue before it moved into its new facilities in 2008.
mchabanobserver
Advertisement 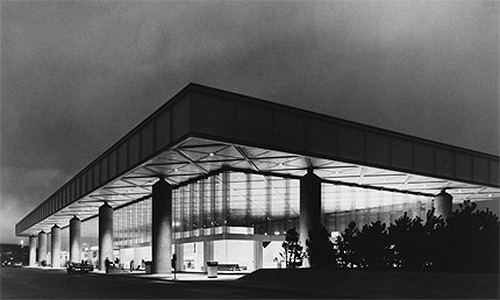 Designed by I.M. Pei for National Airlines, it was one of the hallmarks of Jet Age JFK.
mchabanobserver 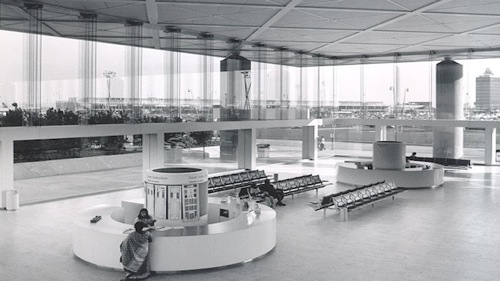 The building was remarkable for the giant glass walls, the first of their kind to be built without steel structural supports.
mchabanobserver 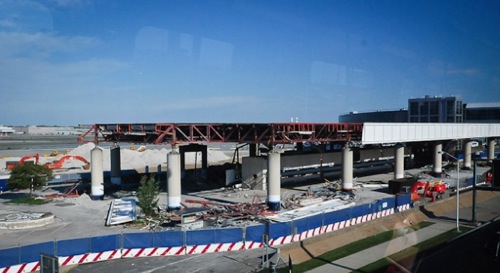 Now that terminal is gone, destroyed last year before T5i was even announced, probably never to be replaced given the need to park planes here.
mchabanobserver 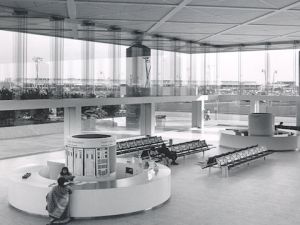 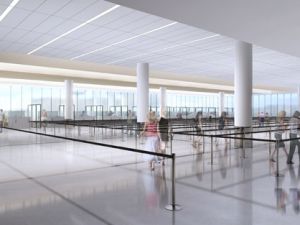 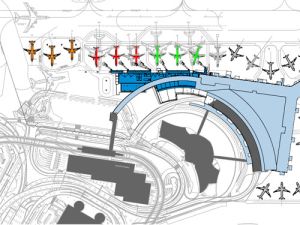 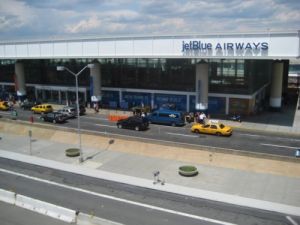 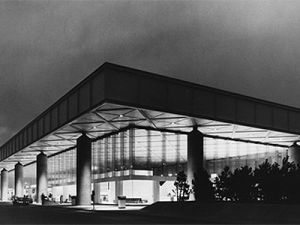 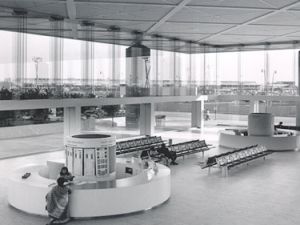 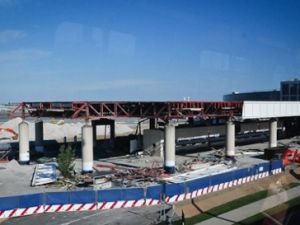 As The Observer and others have been lamenting for some time now, the day has passed for Jet Age JFK. Terminal 3 is being demolished to make way for more airplane parking to accommodate Delta’s expansion of Terminal 4. And now we learn that the same fate has befallen the Sundrome, which was unceremoniously destroyed last year, with no immediate plans for replacement. This leaves only the still-shuttered Terminal 5 as the last remnant of midcentury JFK.

And yet while a piece of architectural history may be gone, it could mean smoother flying for those in and out of JFK, which is really what the airport is all about.

Yesterday, the Port Authority approved JetBlue’s plans for what it is calling T5i, an expansion of its three-year-old Terminal 5 to accommodate the carrier’s growing international flights (plus a Steve Jobs riff). The project will cost $200 million, create $325 million in economic activity, and add six new gates, freeing up space at Terminal 4 where JetBlue currently operates its international flights from.

“By 2030, more than 160 million people will fly through our airports annually,” Port Authority deputy executive director Bill Baroni said at yesterday’s board meeting, when the expansion was approved. “They deserve the best customer experience in the best terminals.”

And that is the challenge of airport preservation. Those six new gates will not occupy the space that was vacated by I.M. Pei’s Terminal 6. Instead, five new hard stands will be built, the aviation term for parking spots. This is the same fate that befell Terminal 3—it became seven parking spots.

This may seem like an ignominious fate for some remarkable, groundbreaking buildings. Terminal 6 contained the first free-standing glass wall even built, which is to say not supported by a steel structure, just the glass. It was an architectural marvel, forever lost, and now we learn not even to be replaced by another building.

But this is an airport. It is hard enough turning an old factory into a museum, or converting an office tower into apartments, harder still to make that 80-year-old office building feel brand new. At our airports, functional reuse is almost impossible. The planes are too big, as is the security apparatus, and even the functioning of the industry.

Part of the reason JFK needs all that terminal-side parking is because the lean, mean airlines struggling to survive today fly so many more flights, turn so many more planes, than they used to. No more sitting at the gate, or in a hanger—the babies have to move, move, move. And for that, they need room.

And so, JFK now has six terminals instead of eight, and never, almost certainly never, will again.