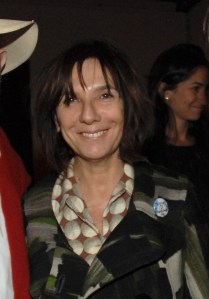 In this month’s issue of The Believer, writer Sheila Heti visits French artist Sophie Calle for a tête-à-tête during the run of Ms. Calle’s piece, Room, for which, during one weekend last October, the artist outfitted a room at the Lowell Hotel in New York with personal items like a burnt mattress, a red wedding dress and a stuffed cat, and then stopped in from time to time to inhabit it. Commissioned by The French Institute Alliance Française as part of its annual contemporary art festival Crossing the Line, this was the latest in a line of intensely personal works by the artist, who is known for doing things like setting up a bed for a night on the Eiffel Tower and inviting guests to read her bedtime stories (Room with a View, 2002).

Ms. Heti, who has just published the much buzzed-about-novel How Should a Person Be—which gives a part-autobiographical portrait of young artists in Toronto, and tenderly explores the roles of men and women in relationships—is the perfect person to interview Ms. Calle. Pressed on issues like the role of women versus men in her art, having versus not having children (“I don’t like children,” says Ms. Calle), and keeping a vow to her boyfriend (“He didn’t take me to a judge!”), Ms. Calle reveals much in her sometimes blunt so very French responses.

While the interview in its entirety is worth a read, we found particularly interesting this one part involving the incident whereby Ms. Calle received a love letter from artist Damien Hirst.

BLVR: And when you received it, did it give you the emotion of a real—?

SC: No. I knew it was not real, but it was so funnily well written that it looked—you know, I had for a second the feeling I was the subject of that love letter.

Who else but Ms. Calle could get a love letter for a mere s’il vous plaît from one of the world’s foremost enfants terribles and then coolly debate its veracity? Vive la différence.