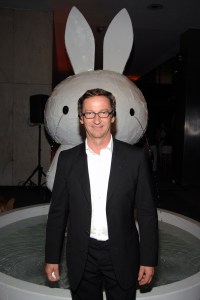 Thaddaeus Ropac is none too pleased with Larry Gagosian’s decision to open his new gallery in Paris with a show of work by Anselm Kiefer, Georgina Adam reports in her Financial Times column this week.

Mr. Ropac, who’s opening a large new space in Paris himself this fall (news that broke in this paper), also decided to open his new gallery with works by Mr. Kiefer, and announced his plans first.

Ropac is furious. “It’s unbelievable,” he says. “I have been planning my new space for two years, and I announced my Kiefer show about six weeks ago.” A Gagosian spokesperson says: “Kiefer is one of the gallery artists. He will be making all new work for our show.”

The Gagosian space, which brings the gallery’s global outlets to a round dozen, is in Le Bourget, once the site of Paris’s northern airport and still a landing place for private jets. The 1950s factory offers 1,650 sq m – smaller than Ropac’s space, but large nonetheless. It is being redesigned by the French architect Jean Nouvel and will open in October, about the same time as Ropac.

It’s easy to see why Mr. Ropac might be upset. The Gagosian press release for Mr. Kiefer’s show even featured the artist gushing that the new space is “so inspiring that you can envision the artworks in it immediately.”