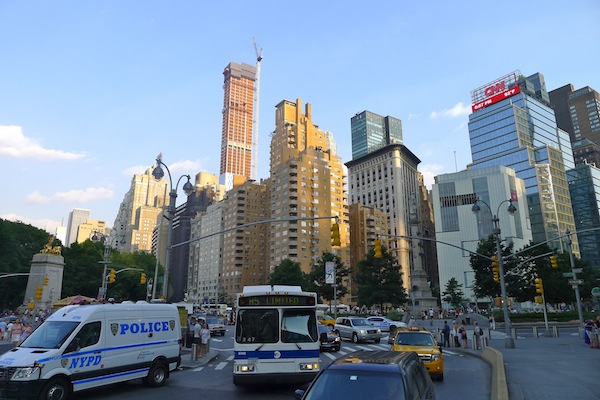 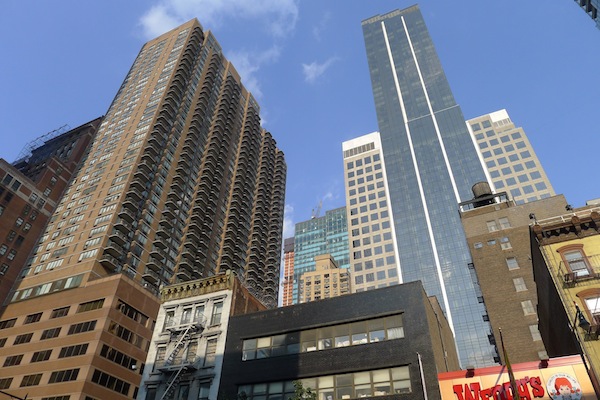 What's that poking out between those towers?
mchabanobserver 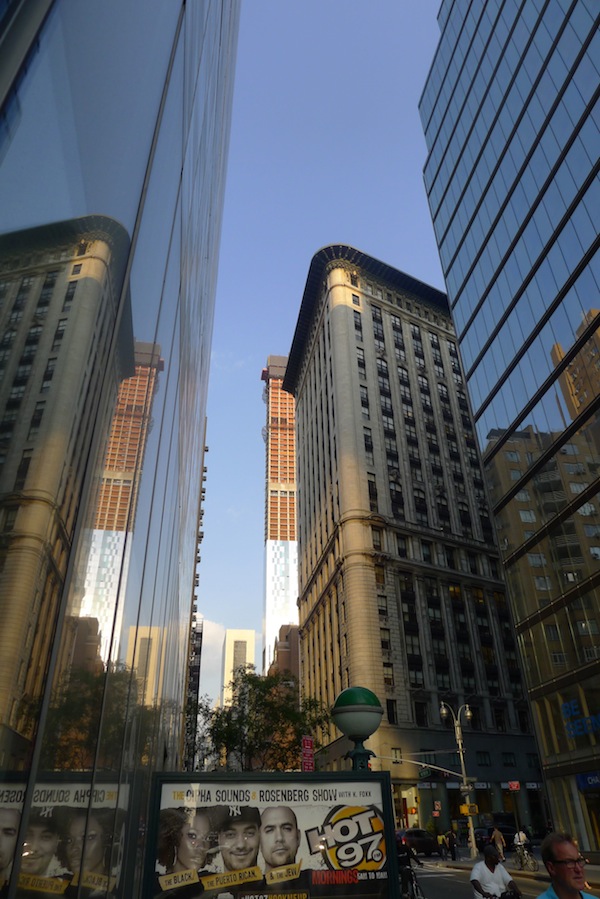 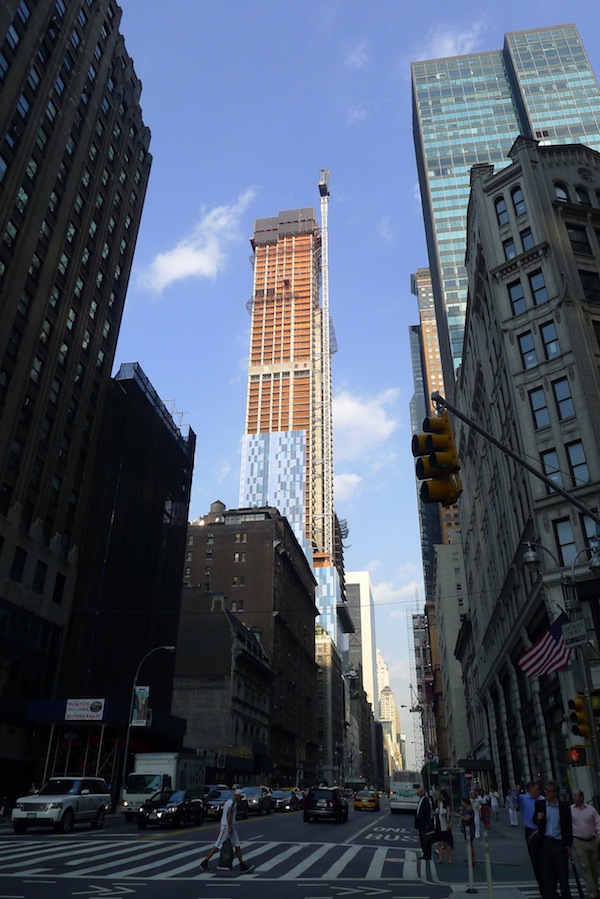 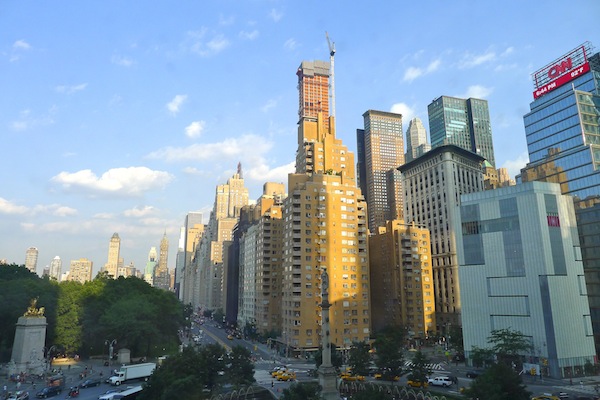 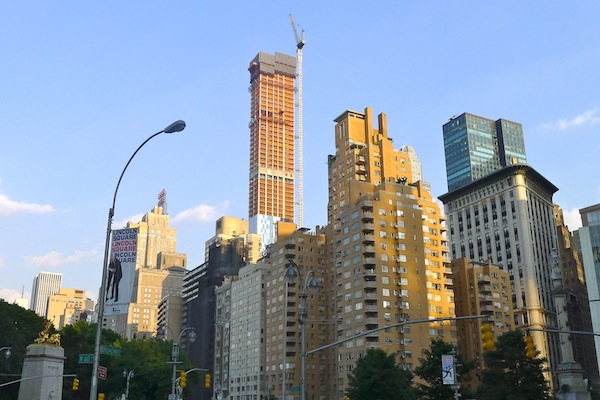 Looks pretty tall, come to think of it.
mchabanobserver 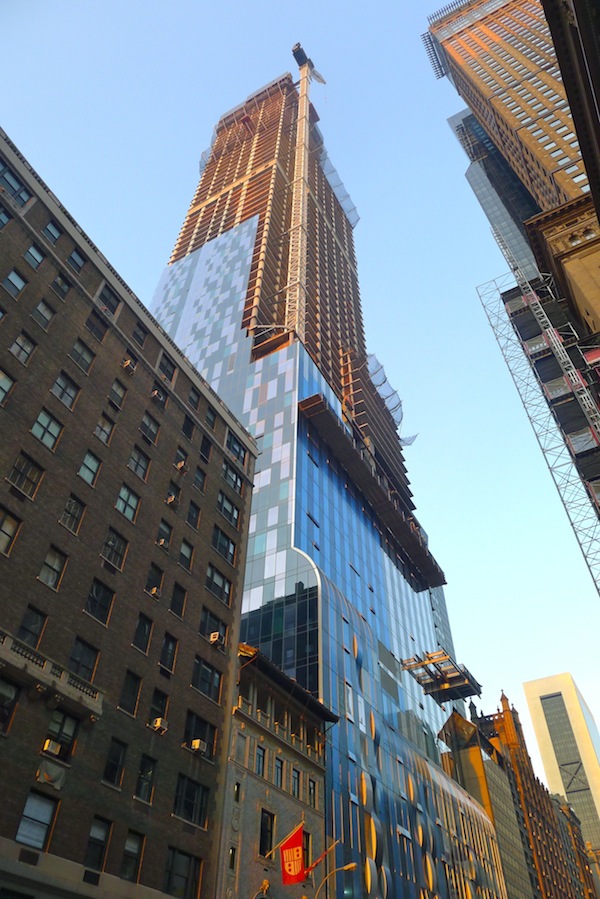 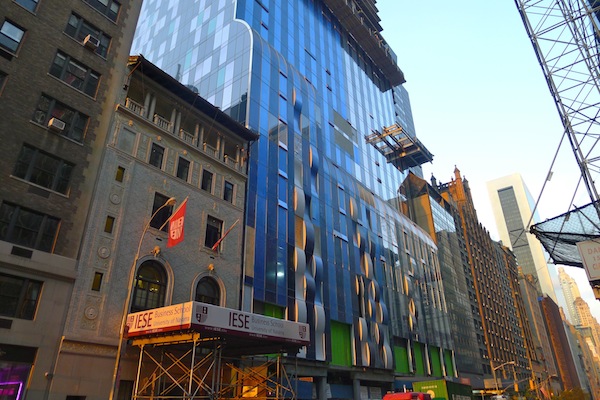 This tower is making waves.
mchabanobserver 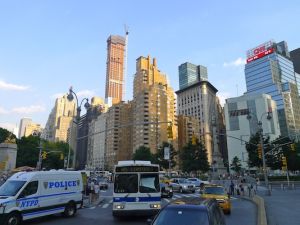 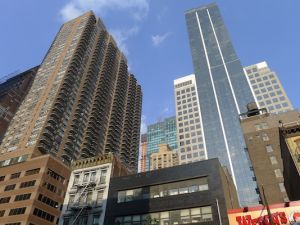 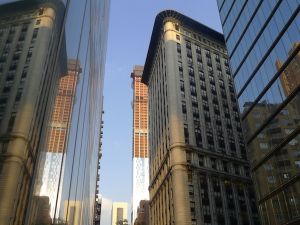 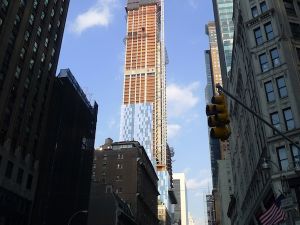 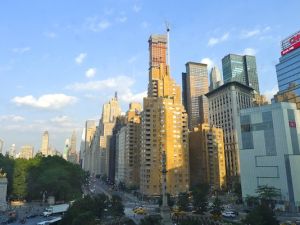 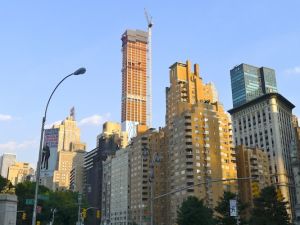 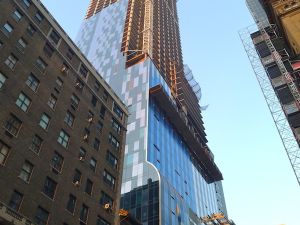 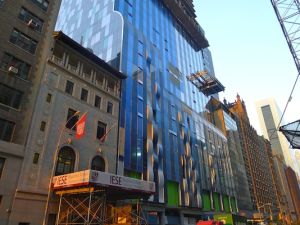 It was announced yesterday that One57 had topped out, making it (upon completion) the tallest residential building in the city, and thus the Western Hemisphere. Upon hearing the news, The Observer decided to take a rather sweaty stroll up Eight Avenue from NYO HQ to Columbus Circle to see what this record-setting 1,005-foot tower looked like.

The answer? Not much!

This is not One57’s fault. Blame the skyline. The building is indeed impressive, especially with those Klimt-ian glass panels snaking up the facade. It will look amazing when it’s finished, no doubt.

But this is still Midtown, the middle of Midtown, no less, where it can be hard to stand out. The Time Warner Center even kind of looks bigger, with its imposing twin towers, but perhaps that is a credit to One57, with its slender, sleek looks. And there is still the matter of the neighbors. Both former tallest towers the Trump International and current title holder New York by Gehry look bigger because there is nothing approaching their stature around, even though both are a good hundred feet lower than this building.

That doesn’t mean the views won’t be as high as billed, which may be all that matters.

Anyway, have a look at the building and decide for yourself.