World leaders gathered in Los Cabos, Mexico for the seventh annual Group of 20 summit on Monday. As part of the festivities, all of the assembled heads of state posed for a cheerful family photo–except for one. According to the White House pool report from the photo shoot filed by the Wall Street Journal’s Carol Lee, photographers asked the leaders to wave for the cameras and Russia’s once and future strongman Vladimir Putin declined to pose for the picture.

“They all said to wave to the cameras, and most of them did. President Putin didn’t wave,” Ms. Lee wrote.

There were several other priceless details in Ms. Lee’s dispatch from the high powered photo shoot. Apparently, despite being surrounded by twenty other world leaders, President Barack Obama “was chewing gum the whole time.” India’s prime minister, Manmohan Singh, arrived late and, according to Ms. Lee, he was subjected to grade school-style teasing for his tardiness.

“At 7:13pm, Prime Minister Singh of India entered and took his spot in between [German Chancellor Angela] Merkel and [British Prime Minister David] Cameron. The leaders chided him with ‘Oooh…’ and laughed,” Ms. Lee wrote.

Ms. Lee also took note of the soundtrack in the room where the photo was taken.

“Your pool and lots of other pools have so far clocked three hours in this room unable to escape the alternating techno/80s pop music blaring from the sound system in here,” she wrote.

In addition to posing for pictures, playfully teasing the Indian prime minister and enjoying the timeless pop hits of the 1980’s, the heads of state at G20 also discussed global affairs. Reportedly, the potential Eurozone debt crisis dominated the conversation. 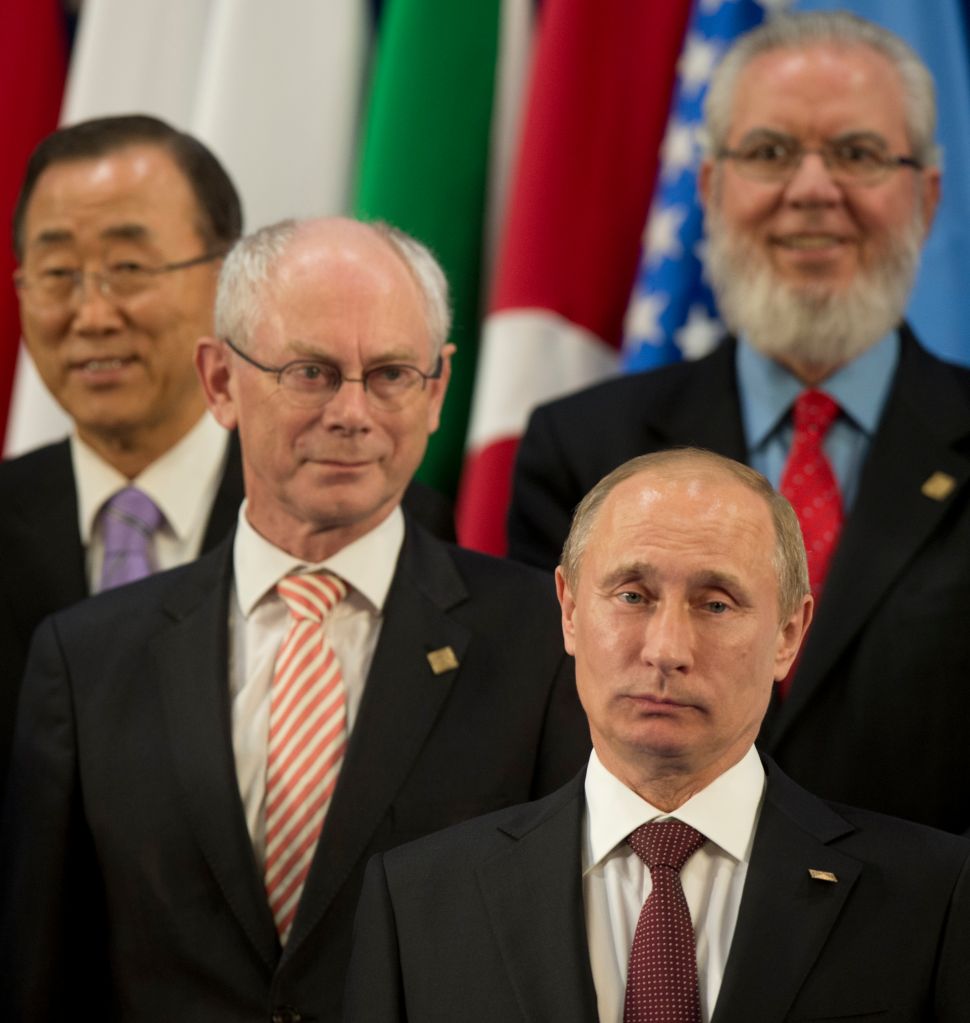