Nearly three days after polls closed in the congressional race between Rep. Charlie Rangel and State Senator Adriano Espaillat, the final result still hasn’t been announced and lawyers for Mr. Espaillat are headed to State Supreme Court on Monday to seek an injunction against the City Board of Elections to be allowed to observe the ongoing vote count. On election night earlier this week, the Board of Elections released numbers that indicated Mr. Rangel had won with an insurmountable margin of victory. Since then, reports have emerged of uncounted votes and Mr. Espaillat’s supporters have called for a federal monitor to step in.

“We are pleased with the Court’s decision to hold a hearing on the Board of Elections’ proceedings in the 13th Congressional District race,” Mr. Espaillat said in a statement announcing the court date. “Three days after a winner was declared in this election, there are still votes to be counted. There are more than 70 election districts where votes have not been accounted for….Our campaign has not been allowed to adequately monitor the Board of Elections’ proceedings, as required by law. The BOE continues to stonewall not only our campaign, but also the news media, which is particularly disturbing given that it blocks the free flow of information and transparency – the bedrock of our democratic system.”

Lawyers for the Espaillat campaign led by attorney Leo Glickman have been at the Board of Elections headquarters monitoring the situation, but they claim they have been prevented from watching the count and kept in the dark about the ongoing results.

“The Board of Elections staff is not allowing us to get the tallies. They are very nice but they are apparently acting on orders,” Mr. Glickman told The Politicker yesterday. “We are watching people put the  memory sticks from each election district from 15 feet away without being able to see the information on the sticks.”

The Board of Elections initially told The Politicker and both the Espaillat and Rangel campaigns that unofficial results showed Mr. Rangel beating Mr. Espaillat with 16,252 voters or 45.7 percent to Mr. Espaillat’s 13,921 votes, 39.1 percent of the total with 100 precincts reported. Unofficial results do not include affidavit ballots submitted by absentee voters and those whose name is not on the rolls when they arrive at the polling place, however the numbers initially reported by the Board of Elections gave Mr. Rangel a 6.6 percent margin that was more than enough of a cushion to weather any changes caused by the outstanding affidavit ballots. Since then, the Associated Press published a report claiming results from 33 of the 506 precincts were not counted.

According to the Daily News’ Juan Gonzalez, the AP, which received detailed results from the BOE as they come in, realized 79 precincts in the Upper Manhattan congressional district were listed as having had no voters. Most of those precincts where votes did not come in were in areas favorable to Mr. Espaillat. When the AP, re-examined the results, they found votes in 46 of the 79 districts and the margin between Mr. Espaillat and Mr. Rangel shrunk dramatically.

Board of Elections spokeswoman Valerie Vazquez has not responded to multiple requests for comment.

This afternoon, a woman who answered the phone in Ms. Vazquez’s office told The Politicker, “I’m sorry it’s taken so long, there’s just a lot of fires she has to put out.” 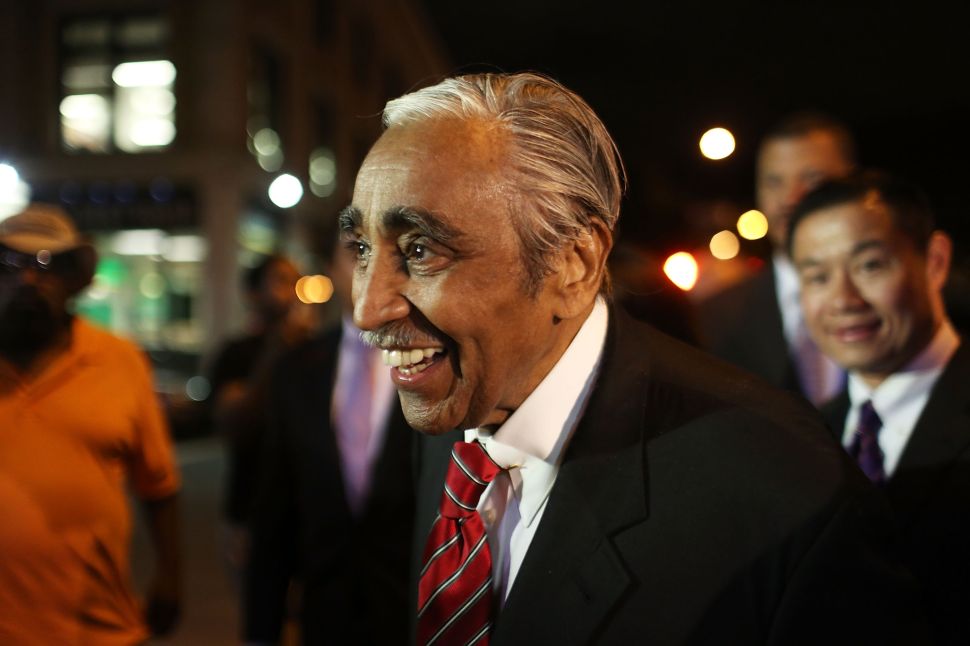