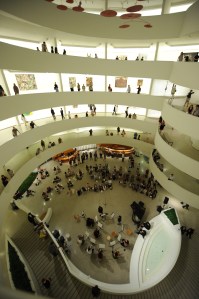 Arriving at the Guggenheim on the evening of July 10 for its “Composing With Patterns: Music At Mid-Century” concert, The Observer was directed to an entrance off of the main rotunda and into the Peter B. Lewis Theatre. Inside,  the composer, artist and performer R. Luke DuBois offered a brief and thoroughly engaging lecture on the history of modernist music. Following the presentation, the rotunda became the stage for the main event, a concert of seven works from the 1940s through the 1960s on the ground floor, beneath six floors of abstract art—mostly paintings—from the same era.

Mr. DuBois, brilliant, soft-spoken and donning a black Nehru jacket, quickly brought the event’s attendees up to speed, showing off images of some of the era’s unusual scores—modernism broke not only Western classical music’s tonal traditions, but its notational, visual ones as well. Composers created scores in radical ways. “Music,” Mr. DuBois explained, “is inherently abstract, so it doesn’t make sense to say it became more abstract during this time period.” But visual art is another story, as the brilliant exhibition upstairs, “Art of Another Kind,” which was organized by Tracey Bashkoff and Megan Fontanella and runs through Sept. 12, makes clear. It shows artists shifting among different degrees and varieties of abstraction on paths that were far from linear.

Thus briefed, we returned to the rotunda, fortified by merlot and breadsticks and prepared to hear an ensemble of 11 musicians play the dissonant compositions by, among others, Varese, Stockhausen and Cage while winding our way up the rotunda to view art by Rothko, Pollock and Kelly, and quite a few lesser known names. An added bonus: no swarming crowds. There were perhaps just 150 us in total, spread over Wright’s gargantuan space. While we spent a large portion of the concert inspecting the substantial two-dimensional offerings on display, we found ourselves drawn back to the ground floor to watch the musicians at work.

One of the wonders of modernist music is watching performers use their instruments in unconventional ways: piano strings get plucked and banged, tiny symbols brushed and swirled to great effect, trombones subjected to numerous zany mutes–and that’s just what we saw. Upstairs, one can barely make out these extended techniques, sadly aware that one is missing some things. We ventured downstairs for the final piece, Mr. DuBois’s 2012 realization of Cage’s Concert for Piano, Violins 1 and 2, Clarinet, Trumpet, and Sliding Trombone (1958) with Fontana Mix (1958), a mouthful, an earful and an eyeful. All of the musicians were enlisted for the finale, plus Mr. DuBois himself, who stood off to the side, the lone laptop musician (during his lecture he declared, “I make music with data”). We were happy to have witnessed this at eye level.

After the show we caught up with trombonist Christopher McIntyre who, along with Mr. DuBois, is credited with having conceived the program. In the Cage piece, Mr. McIntyre literally deconstructed his trombone and blew into what appeared to be a glass jar. What was that mute called? It was a glass jar, he explained, pointing to his sheet music, which read “without bell; in jar.” If music is inherently abstract, it can also prove to be decidedly, even humorously, concrete. 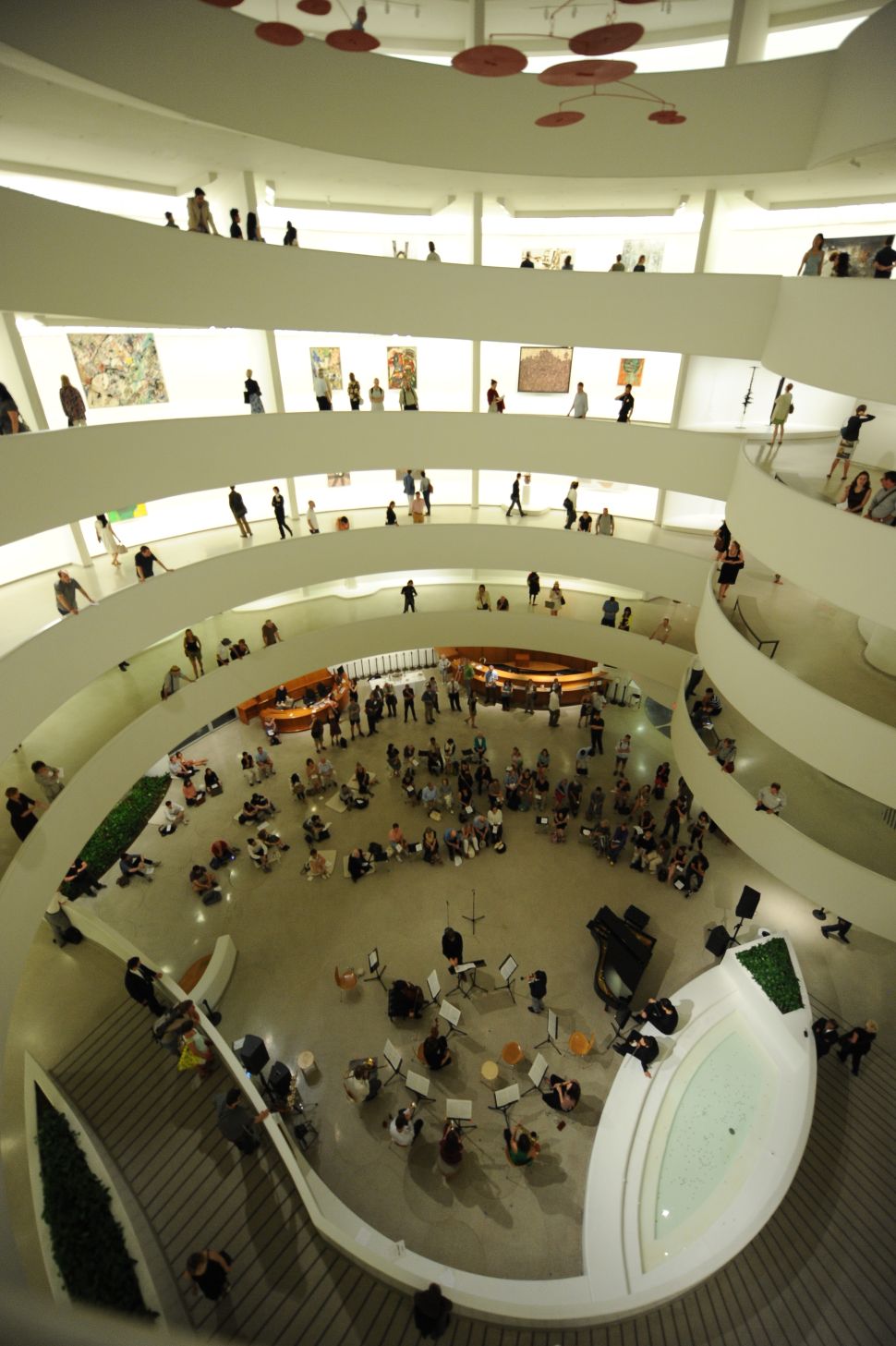