Later that month, over 50 students were implicated in a ring that cheated on the state’s Regents exams, using their cell phones to pass around a photocopied version of the test and swapping answers. Today, justice was served…at least partially…on a radio program announcing the possible punishment of these 2.0 sneaks.

Despite petitions for leniency–especially for the photocopying suspect, a popular junior named Nayeem Ahsan– Schools Chancellor Dennis Walcott announced earlier today on WOR-AM’s John Gambling radio show that Mr. Ahsan and may be suspended come September, along with another student who passed notes about a physics’ exam. The other students have yet to find out their fate.

Oh, and now the number is up to 71 students…none of whom were allowed to be using cell phones in school in the first place. The New York Daily News reports on the program:

“Cheating has taken place for who knows how long,” said Walcott. “Now with technology — and that’s why we banned cell phones — people have the ability to use new technology to try to cheat. So people are always trying to think of new ways to do things. It’s not acceptable. We’re not going to tolerate it.”

In possibly related news, students graduating in the class of 2012 are the first crop of kids who must pass the state’s standardized testing in five courses with a score of 65 or higher in order to graduate. This cheating is an especially dark mark on Stuyvesant’s record, since the school requires top scores on its admissions tests even to attend.
They might as well just start filming Gossip Girl there against the backdrop of the real life drama, and have every episode be set in some topical dilemma. It will be like The Newsroom, except, you know, more realistic. 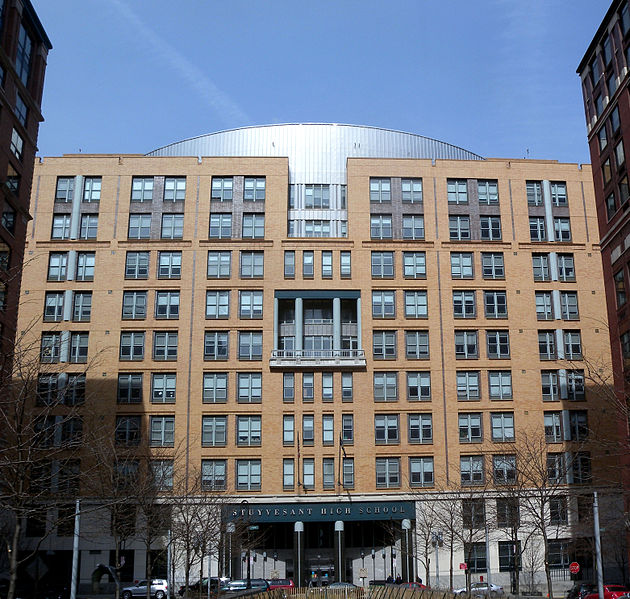