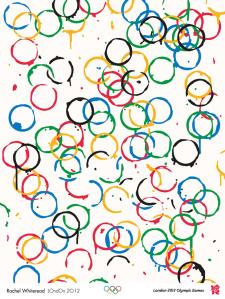 Bonhams in London will hold its first sale of Olympic memorabilia on July 25. The sale has 215 lots, including an 1896 photo of the Athens opening ceremonies, ashtrays with Third Reich eagles holding Olympic rings, and Rachel Whitererad’s 2012 Olympic poster.

The news comes from The New York Times‘ Eve M. Kahn, who also alerts our attention to several other Olympic-themed exhibitions–“London and the Olympics” at the Museum of London, “The Olympic Journey: The Story of the Games” at the Royal Opera House in London, “Olympia: Myth-Cult-Games” at the Martin-Gropius-Bau Museum in Berlin” and “The Olympic Games: Art, Culture & Sport” at the Bruce Museum in Greenwich, Conn.

The Olympic Games begin in London on July 27. We will be dutifully watching them from our couch and, because we’re big fans of irony, probably eating an enormous sandwich as we do.

Filed Under: Arts, The Olympics