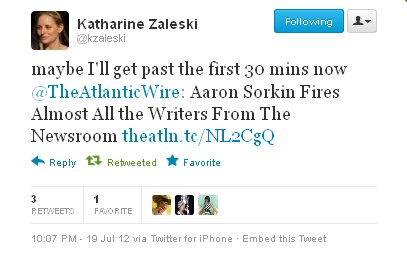 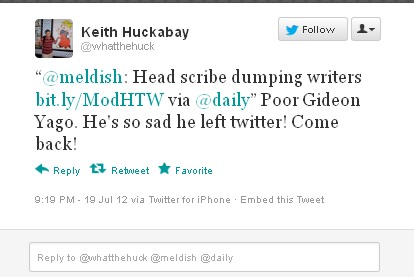 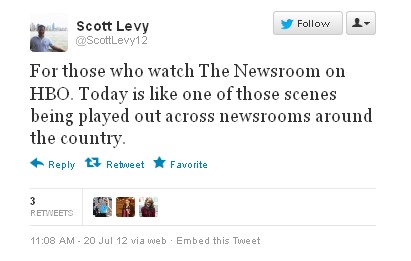 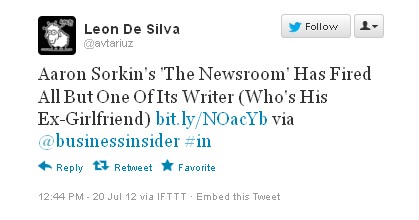 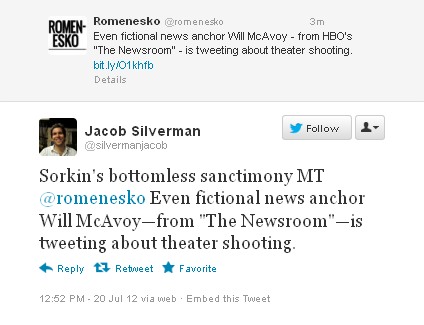 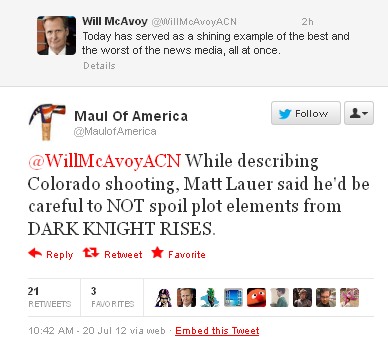 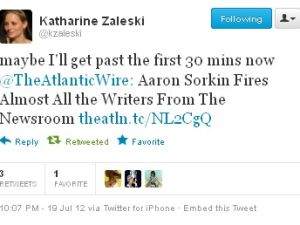 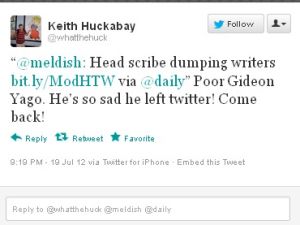 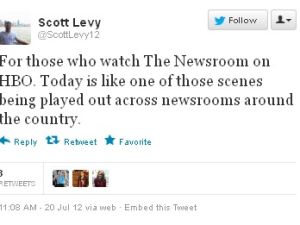 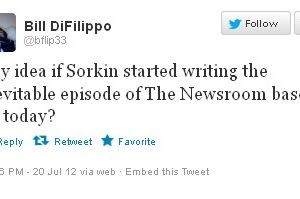 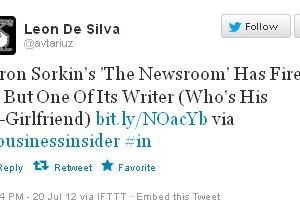 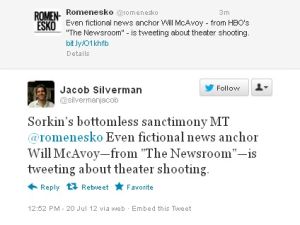 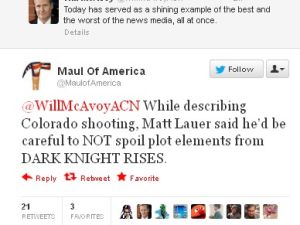 Last night, news broke that Aaron Sorkin had fired most of the writing staff of his HBO fantasy/romance set in a fictional 2010 alterna-verse where everything was perfect and nothing hurt, The Newsroom.

Unsurprisingly, schadenfreude spread quickly through Twitter. Did former MTV VJ  Gideon Yago delete his account over the ordeal? Would a lack of writers make the show better or worse? Why is Will McAvoy tweeting about the Colorado shootings when he lives in a pre-2012 world? Let’s find out! (Hashtag SNARKROOM.)