This morning, New York State Supreme Court in the Bronx held a hearing in the matter of Adriano Espaillat vs. The Board of Elections in The City of New York addressing issues with the counting of ballots and alleged voter suppression in the increasingly close congressional race between veteran Congressman Charlie Rangel and State Senator Adriano Espaillat. Lawyers for both candidates and the Board of Elections appeared before Judge John Carter who, in a small victory for the Espaillat campaign, ruled all ballots cast in the June 26 election must be preserved and barred the BOE from transmitting results to the New York State Board of Elections once they are certified so that the Court may review any disputed paper ballots, alleged instances of voter supression and issues with the results from the electronic voting machines. Those issues will be examined in another hearing scheduled for July 11. Judge Carter’s ruling also left open the possibility that a “new primary election” will be held “upon a finding that there has been such fraud and irregularity as to render impossible a determination” of who won last week’s election.

Mr. Rangel was initially declared victorious after the June 26 election, but the results initially given to the press and both campaigns by the BOE were later determined to have left votes in many precincts uncounted. The results first issued by the BOE showed Mr. Rangel defeating Mr. Espaillat by 2,331 votes. After a review, that margin shrunk down to 802 votes. Neither result includes the paper ballots cast by absentee voters and affidavit ballots submitted by those whose name is not on the voter rolls when they arrive at the polling place. The BOE began counting those paper ballots today.

In court, Mr. Carter began today’s hearing by noting, “I live in the district and I vote, I just want to make sure that’s on the record.”

Leo Glickman, who is one of Mr. Espaillat’s attorneys along with election law guru Marty Connor, said he was concerned about being able to view the inspection of voting machines used in the election “to determine any irregularities caused by machine related malfunctions.” He also raised the issue of “possible voter suppression” noting, “we have identified many instances in which people were turned away from the polls and were treated to quite hostile conditions by board of elections workers.”

Stephen Kitzinger, one of the attorneys representing the BOE said the Board is simply using “duly adopted policies and procedures” in counting the votes. Both Mr. Kitzinger and Mr. Rangel’s attorney, Arthur Greig, accused Mr. Espaillat’s lawyers of attempting “to slow down the counting process.” Mr. Kitzinger also said it was “highly inappropriate” and “disturbing” for Mr. Espaillat and his supporters have raised the spectre of voter fraud and voter suppression in court and at press conferences without first going to the BOE.

Mr. Glickman said his team is still “gathering” information about these instances of alleged voter suppression.

“This was an election that just happened last week and complaints have been coming in since then,” he said.

The Espaillat campaign has promoted a telephone hotline for voters to share their tales of issues at the polls.

All of the attorneys will return to Judge Carter’s courtroom next Wednesday to discuss any disputed paper ballots, issues with the voting machines and the instances of alleged voter suppression. The other three candidates in the race, Joyce Johnson, Clyde Williams and Craig Schley, will also be notified of the hearing, though none of them obtained enough votes to be in contention at this point. 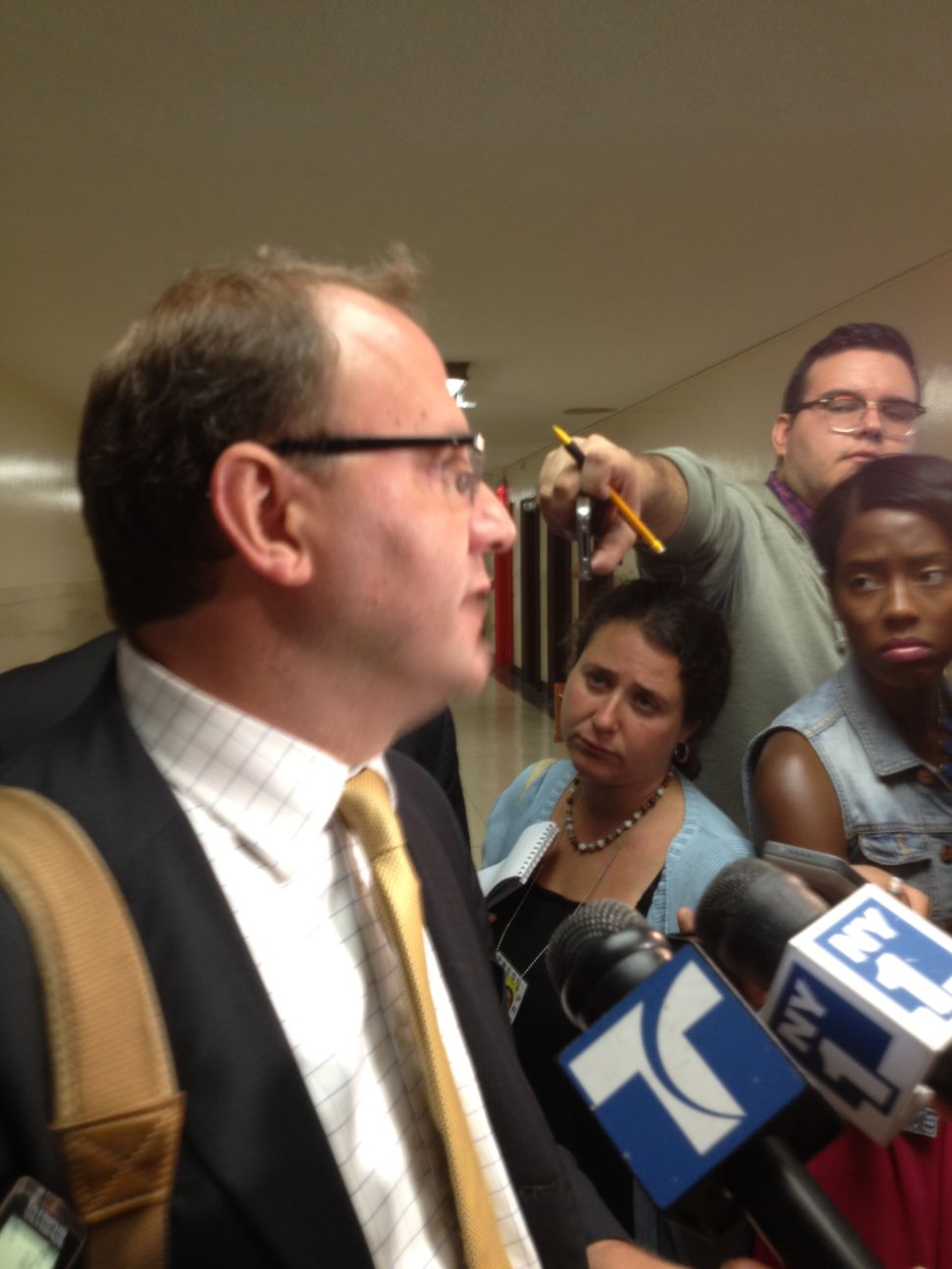