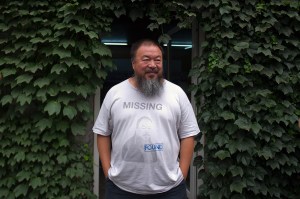 On the cusp of the release of the documentary about his life and work, Ai Weiwei: Never Sorry, the artist and activist Ai Weiwei published a diatribe in The Guardian against the Olympic games. Mr. Ai, who still cannot travel outside the country, explains why he withdrew from participating in the opening ceremony at the Beijing 2008 Olympics (“I only withdrew from participating in fake performances laden with propaganda”), which he says have become commercialized and have strayed from the humanistic motives that initially drove the ancient competition.

I don’t believe in the so-called Olympic spirit. I speak from personal experience. When China hosted the Games, it failed to include the people. The event was constructed without regard for their joy. The state and the Olympic committee failed to take a position on many major social and political issues. Afterwards, the state tightened its controls; China became a police state. “Friendship, fair play, glory, honour and peace”: the Olympic slogan is an empty one.

But Mr. Ai later expressed a sunnier outlook for the upcoming London games:

I am interested in seeing what the 2012 Olympics has done to London, but I am not free to travel. If I were free, I’d like to see how people will respond to the event, and how members of a different society, living in different social conditions, will participate in the Games. I don’t know how London will cope, but I believe it will be more relaxed than Beijing. In London, the people will be able to participate in and celebrate the joy of the Games.