It’s been a busy few weeks for Mr. Cooper.

Things have been crazy for Anderson Cooper this July. First, he ditched the closet and now he’s leaving behind a whole set of them—at his sleek penthouse at 28 West 38th Street.

But change, as they say, is good, and Mr. Cooper has done well, netting slightly more than the $3.75 million ask for the place, listed with Prudential Douglas Elliman broker to the stars Raphael De Niro.

Bass and tuba player Richard Maloof, who once played with the Lawrence Welk orchestra, paid much more than a song: $3.8 million for the two-bedroom co-op, according to city records.

Mr. Anderson gave the loft an extensive make-over before he moved in, adding a custom Lutron lighting system, multi-room surround sound “to set the mood,” radiant-heat smoked Chambord oak floors to “warm the body” and stain glass to “cool the senses.” The light-filled loft is spread out over two floors.

Who wouldn’t be seduced by a listing like that? And there’s even a landscaped deck (with surround sound too) and an additional roof terrace.

It can be hard to leave behind such a comfortable abode, but don’t worry about Mr. Cooper. He’s embracing his newly-out lifestyle in an old firehouse he renovated at 84 West Third Street in Greenwich Village. 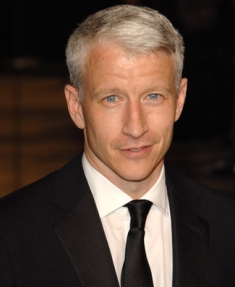