“It’s just something about taxes that they just can’t bring themselves to cooperate and do the right thing,” Christie said.

The governor was speaking on the Manasquan beachfront as part of his first installment of the “Endless Summer Tax Relief Tour.” It’s the first of a series of stops along the Jersey shore where he is expected to have town hall style meetings with residents to blast Democrats over the lack of immediate tax relief in the state.

Christie recently signed off on a budget passed by the Democrat-controlled Legislature that provides for tax relief for residents if the state’s revenue numbers show improvement in the coming months.

The governor said the Democratic Party will hurt the state and stall the “New Jersey Comeback” unless immediate tax relief is enacted.

“This is the kind of thing that kills a recovery,” Christie said. “People are going to go where they can keep most of their money.”

At least 100 beach-goers and Jersey residents, including Christie’s father and stepmother, attended the beach-side meeting.

Christie made mention of his highly publicized “get the hell off the beach” comment made last year during Hurricane Irene.

He evoked the popular slogan today, telling residents to comb the beaches for Democratic lawmakers over the summer and tell them to “go back to Trenton for one day and vote for the governor’s 10 percent bipartisan” tax relief plan, he said.

“Get them the hell off the beach and vote for a tax cut,” Christie said. 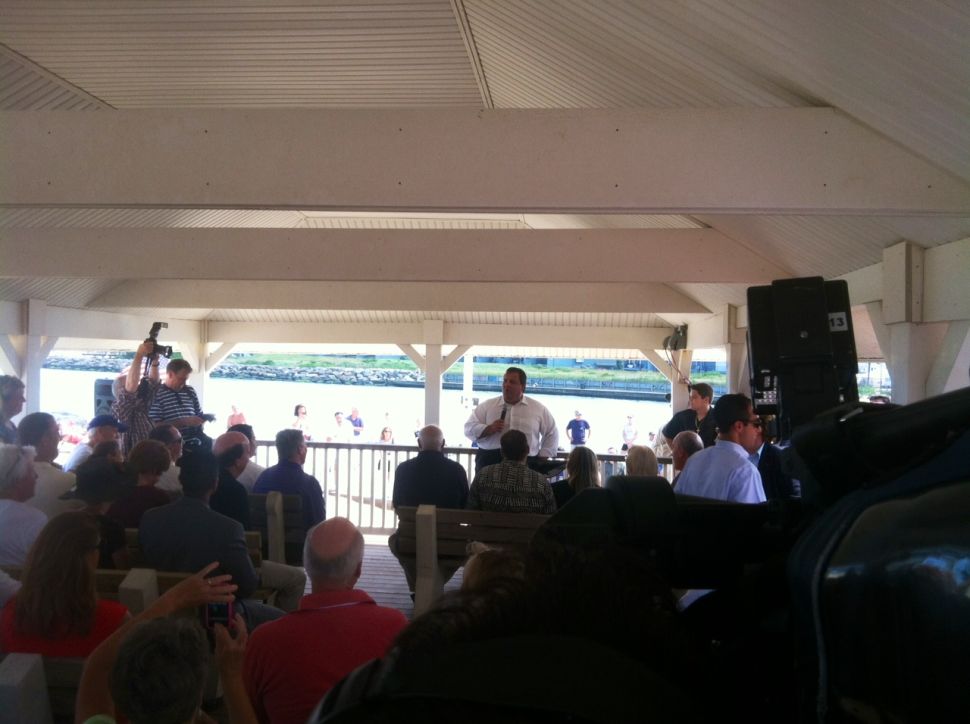