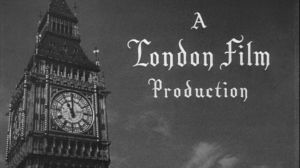 Still from ‘The Third Man.’

As part of Martin Creed’s commission for the 2012 Olympics–All the bells in a country rung as quickly and loudly as possible for three minutes, which is exactly what it sounds like–Big Ben will ring out 40 times in between 8:12 and 8:15 a.m on July 27, the first day of the Olympic Games.

This is believed to be the first time that the bells of Big Ben have sounded outside of their regular schedule since 1952, when the hour bell for the Palace of Westminster tolled for the funeral of King George VI.

In other news, if you live in London, you should probably try not to be hungover that day.