The bill, A481, or Fred Baker’s Law, honors a corrections officer at Bayside State Prison in Leesburg who was killed in the line of duty on July 30, 1997, after an inmate stabbed him.

According to the bill, it will “recognize and honor all corrections officers for their hard-work and continuous efforts to keep the residents of New Jersey safe.”

“It is altogether fitting and appropriate to honor all corrections officers by designating July 30th each year, the anniversary of Officer Baker’s tragic and brutal death in the line of duty, as ‘Corrections Officer Day’ in the State of New Jersey.”

She read the department’s motto: “protect the public, change lives.”

She said the loss of Baker reminds residents what a difficult job it is.

“That’s the cost of business of doing Corrections in New Jersey,” he said. “It’s a very, very risky business.”

One of the bill co-sponsors, Sen. Jeff Van Drew, (D-1), Dennis Township, said in a release that “Corrections officers in New Jersey work in extremely demanding conditions and face danger in the workplace every single day. It is important that we honor these individuals for all they do to keep the public safe, and that we never forget those who paid the ultimate sacrifice while serving in our facilities.” 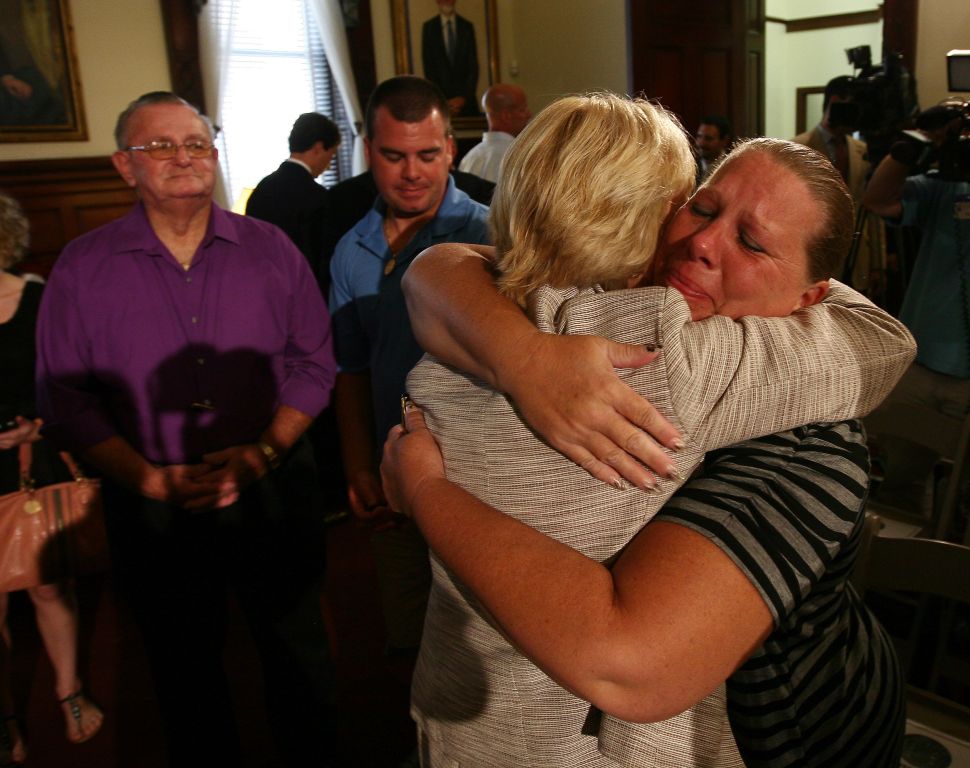