In the wake of last week’s shooting in Aurora, Colorado, Mayor Michael Bloomberg is keeping up his call for President Barack Obama and Mitt Romney to address the issue of illegal guns in their race for the White House. Hizzoner appeared on MSNBC’s Morning Joe today where he criticized both candidates for running for president “without having a plan” on gun control. He also pledged to keep up his push on gun control and argued that the aftermath of a tragedy like the Aurora shooting is the best time to raise the issue.

“People say it’s bad politics to address the issue. I think the’yre wrong. I’m going to try to stir it up and so is everybody else,” said Mayor Bloomberg. “You ask one of the families, ‘Is this the time to focus on how to keep their other child from getting killed? I think they’d be on the side of–do it now.”

Mayor Bloomberg wouldn’t divulge what he has discussed during his personal meetings with President Obama and Mr. Romney, but he blamed fear of the NRA for the reluctance of the presidential candidates and other elected officials to take an aggressive stance on combating illegal guns.

“I think any private conversation I’ve had with them is going to stay private, but I think there is a perception among the political world that the NRA has more power than the American people. I don’t believe that,” Mayor Bloomberg said.

“When was the last time you saw a deer with a flak jacket on?” Mayor Bloomberg asked.

He also cited a need to “plug the one or two loopholes in the laws” that have “already passed.”

“This gun show loophole where we require everybody to have a background check, but not for casual purposes,” said Mayor Bloomberg. “When you see a dealer at a gun show with 500 guns, that’s not casual.”

According to the Mayor, claimed “99 percent” of gun dealers currently “follow the law” and that cracking down on illegal guns wouldn’t be “onerous for them.”

“All you’ve got to do is follow the promises that were made by the elected officials back when they were pandering and said, “We’re going to fix this problem,” Mayor Bloomberg said.

The Mayor brought up President Obama and Mr. Romney’s past support for a federal assault weapons ban.

Mayor Bloomberg claimed gun control could be crucial if one of the candidates brings it up on the campaign trail because it’s an issue important to independent voters.

“You’re going to have to vote for one of the two of them, but I think, if you really take a look here, there’s a big chunk of the public that’s going to vote for Romney no matter what. There’s a big chunk of the public, roughly equal size, that’s going to vote for…Obama,” Mayor Bloomberg said. “It’s the middle, those are the people who aren’t ideologues. They want an answer to questions like this and, in the end, they’re going to decide the election.

In over a decade in office, Mayor Bloomberg has made his crusade to get illegal off the street one of his signature initiatives. He is the co-chair for the Mayors Against Illegal Guns campaign, which he launched in 2006 Boston Mayor Thomas Menino.

Following Thursday night’s shooting in Aurora, he blasted the presidential candidates for failing to present any solution to stem the flow of illegal guns in his weekly appearance on John Gambling’s radio show.

“Soothing words are nice, but maybe it’s time that the two people who want to be President of the United States stand up and tell us what they are going to do about it, because this is obviously a problem across the country,” he said.

Both President Obama and Mr. Romney have personally lobbied Mayor Bloomberg, who is an independent, for his endorsement. The Mayor didn’t endorse anyone in the 2008 presidential race after giving George W. Bush his backing in 2004. He invoked the nation’s last high profile mass shooting to say a tragedy was not an excuse not to discuss gun control.

“How anybody can run for the highest office in the country, where 48,000 people are going to get killed in the next four years and not have a plan–and maybe they do, maybe they have a secret plan to end the war, but I don’t know that that’s going to sell here,” said Mayor Bloomberg. “People say, we’ll you shouldn’t address it now because we’re in a time of crisis and mourning. Yeah, well, 18 months since Arizona and you did nothing. If not now, when are you going to do it?” 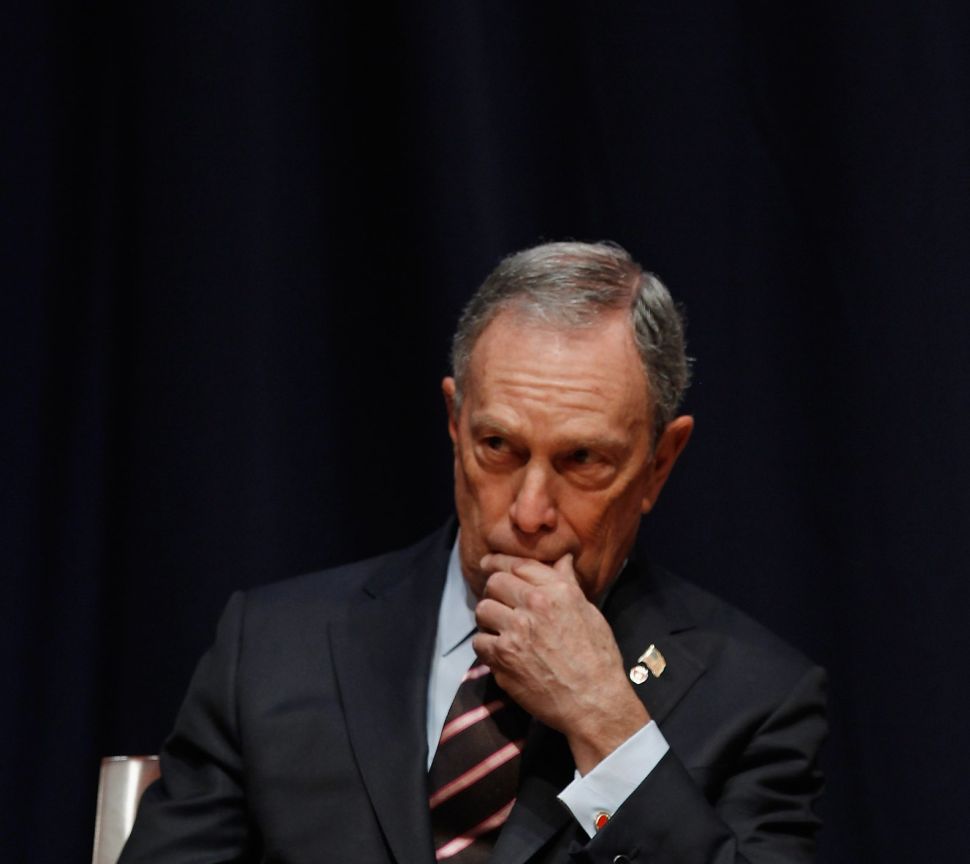