At Mayor Michael Bloomberg’s press conference this morning for the groundbreaking of the Sugar Hill Affordable Housing Development The Politicker asked him for his take on the controversy over Mitt Romney’s tenure at Bain Capital and his refusal to release more than two years of his tax returns. Initially, Mayor Bloomberg, who, like Mr. Romney, came to politics from the business world, said he wanted to stay out of the controversy.

“You have a right to raise any questions and I’ll leave national politics to national politics,” said Mayor Bloomberg. “You know, everybody’s got to deal with their own things. Government is different than the private sector. It’s hard to explain some things. What is in his tax returns? I don’t know. But ask him, not me. If you want to put it out you do, if you don’t, you don’t and you deal with what the public has to make a decision.”

Mayor Bloomberg went on to add that he isn’t pleased with the negative personal attacks that are increasingly defining this presidential campaign.“I will say, I don’t think those things are germane to what we really care about–how would either candidate balance the budget, and create jobs and keep us safe from terrorism around the world. Those are the issues and I will say I don’t hear a lot of talk about that,” Mayor Bloomberg said. “I hear a lot of talk about other things which aren’t important. You want to talk about some of the social issues; choice and immigration, those are things people do care about. And those are also things that both candidates should address and I think they should address specifically, not just say, ‘I have a secret plan to end the war.’ That’s just not acceptable in this day and age or diverting attention to other things that aren’t germane.”

Both Mr. Romney and President Barack Obama have aggressively courted Mayor Bloomberg’s endorsement due to the economic bonafides he brings to the table with his past as a billionaire businessman, his record of preventing terrorism in New York and his status as an independent politician. Mayor Bloomberg didn’t make an endorsement in the 2008 presidential race after giving George W. Bush his backing in 2004.

In another press conference in May, Mayor Bloomberg said he would make an endorsement based on the candidates’ respective “abilities to run the country” and their positions on “social values.” However, he also said he was still a long way off from making a decision about an endorsement. 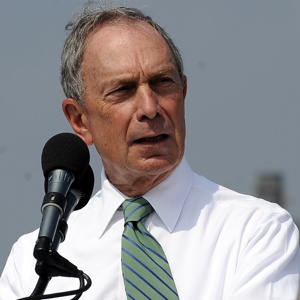