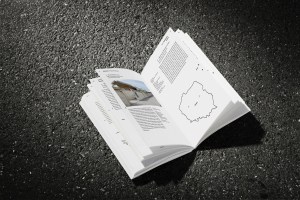 “There’s the Michelin Guide for fine dining, so why shouldn’t there be a BMW Art Guide for fine private collection?” That’s Christian Schwarm, the founder of the online art-collecting platform Independent Collectors, in the introduction to the BMW Art Guide. He certainly has a point. The number of private people showing their private collections of contemporary art has exploded in recent years, and it’s become difficult for even the most devoted art experts to keep track of them all.

Unfortunately, the BMW Art Guide, which Independent Collectors has produced with the German car company, isn’t quite the equal of the Michelin, which offers hard-hitting appraisals of international restaurants on a clear three-star scale. Instead, the guide—”the first of its kind,” its handy bookmark intones—looks at more than 170 international collections, the bulk of them in Europe, and provides only the most cursory summary of their contents.

The book’s five writers, whose individual contributions are not bylined, generally laud collectors in the most generic language, and repeatedly emphasize that their motivations for buying art are, of course, pure. Karl-Heinrich Müller, who has the Museum Insel Hombroich in Neuss, Germany, acquires works “solely on his personal tastes.” Düsseldorf’s Gil Bronner “buys works that capture him emotionally and aesthetically.” Miami’s Donald and Mera Rubell “collect solely out of passion.” Alison and Peter W. Klein, of Eberdingen-Nussdorf, Germany, “don’t follow market trends.” Good to know.

To be fair, though, many of these spaces host only one or two exhibitions a year and collectors are understandably discrete about their complete holdings, so it’d be difficult to make a truly in-depth judgment of their quality. But still, many of the entries feel weirdly empty, like the authors are trying to play it safe for fear of offending anyone.

Where the book does excel is offering a quick and easy index—a Who’s Who of sorts—to the people around the world who are willing to sink millions—and sometimes tens or hundreds of millions of dollars—into contemporary art, helping to support the massive expansion of the art market over the past two decades. They are a fascinating and bizarre bunch and, as weird as it sounds, it’s possible to pleasurably read the guide cover to cover in a few hours.

Meet Athens-based stock broker Zacharias Portalakis, who has boasted that “All of the money I made is now colors.” And Vlassis Frissiras, another Greek, whose 3,500 works all depict the human body in some form: “That’s my character,” he’s said. “It is monomaniacal and very focused. Then there’s the late Argentinian Jorge Klemm, the “part-time eccentric with platinum blonde hair was a wild mixture of Gianni Versace, Andy Warhol and Liberace,” the guide reports. (His foundation offers a similarly wild assortment of artists, from Rembrandt to Koons.) A personal favorite is Margit Biedermann, of Donaueschingen, Germany, who traded a pack of cigarettes for  her first artwork and now has a private museum in an old movie theater. (Former industrial and commercial spaces are popular venues for these private museums, as are reclaimed NATO bases and Richard Meier–designed buildings.)

The sources of their fortunes are similarly varied: Waldenbuch, Germany’s Marli Hoppe-Ritter, by being the grandchild of the founder of those delicious square Ritter Sport chocolate bars (the cornerstone of his collection is a small drawing by the master of the square, Malevich); Sindelfingern, Germany’s Peter Schaufler, whose company is a major refrigerator-compressor producer; Soest, German’s Carl-Jürgen Schroth, who devoted his life to making better safety belts.

Germans particularly love starting these foundations—roughly a third of the entries are from the country. “To credit the tax advantages provided to nonprofit foundations would be too easy,” two of the authors, Nicole Nüsing and Heiko Klaas, write in a short note, addressing this phenomenon. They point instead to the desire to “give something back,” among the other reasons people typically undertake philanthropic projects.

Even if many of its entries are threadbare, the BMW Art Guide is an indispensable tool for those seeking out art beyond mainstream institutions—”experts heading out on international jaunts,” as Mr. Schwarm puts it in the introduction. It’s slim and smart-looking, with a clean design and maps of each featured country; there’s no reason not to keep it with you on your travels, on the off chance you have a few spare hours in rural Belgium or Jakarta.

The writers have also done an admirable job of compiling a lengthy list of spaces, and have even cajoled some notoriously secretive institutions into being listed. Those responsible for the book “hope that many more collections will open their doors to like-minded art lovers,” Mr. Schwarm says. It’s impossible to argue with that mission.