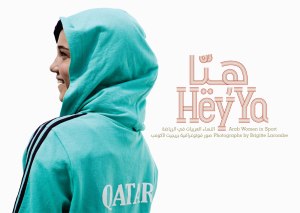 Brigitte Lacombe’s first exhibition in London, which was commissioned by the Qatar Museum Authority, will open July 25 at Sotheby’s.

According to a press release, the exhibition, called “Hey’Ya: Arab Women in Sport,” features photographs of “more than 50 Arab sportswomen, from beginners to Olympians,” which will be shown alongside videos by Ms. Lacombe’s sister, Marian. The project was shot over a period of seven months in the Athletes Village at the Arab Games in Doha.

The exhibition is up in London until Aug. 11 and will travel to Doha in the spring of 2013. “Hey’Ya” is an Arabic expression meaning “Let’s Go.”

Filed Under: Arts, The Olympics