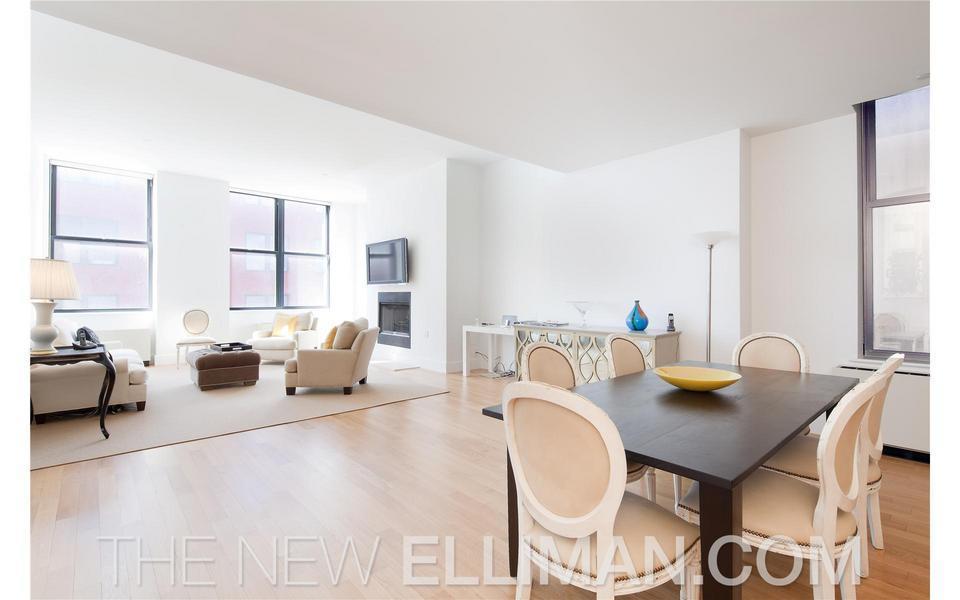 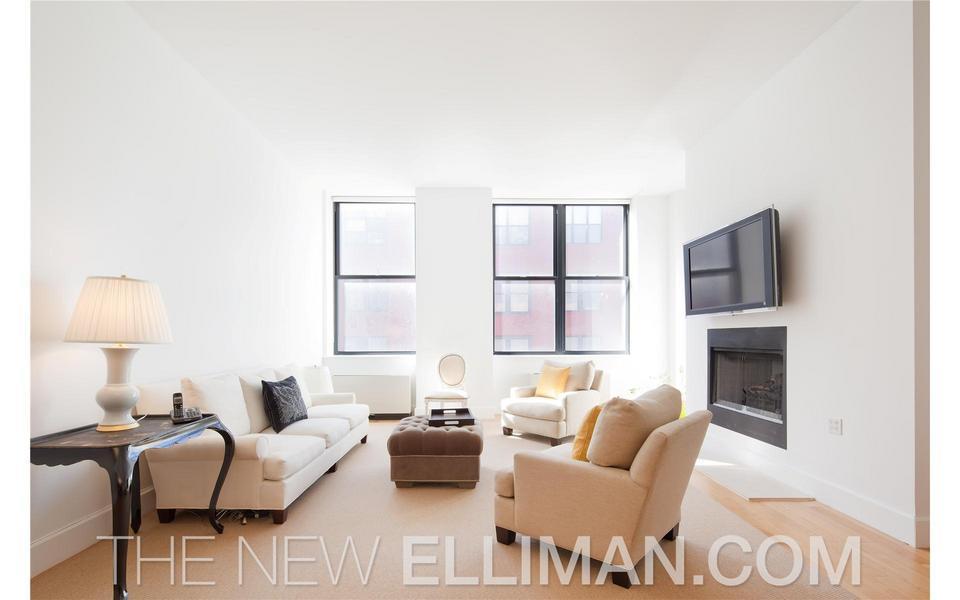 We're sure it will be lovely when it's decorated with something besides staging furniture. 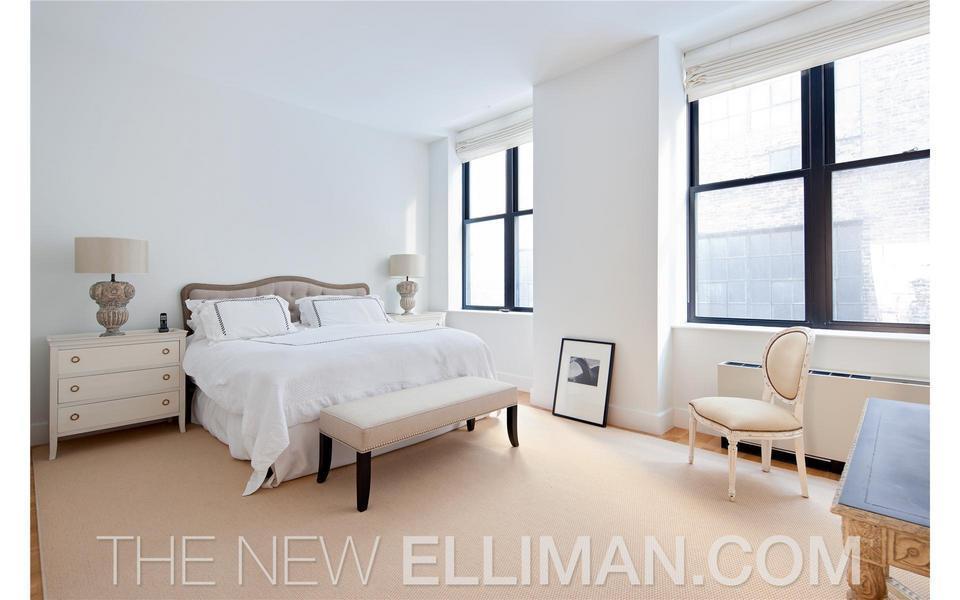 This room could use a little color. 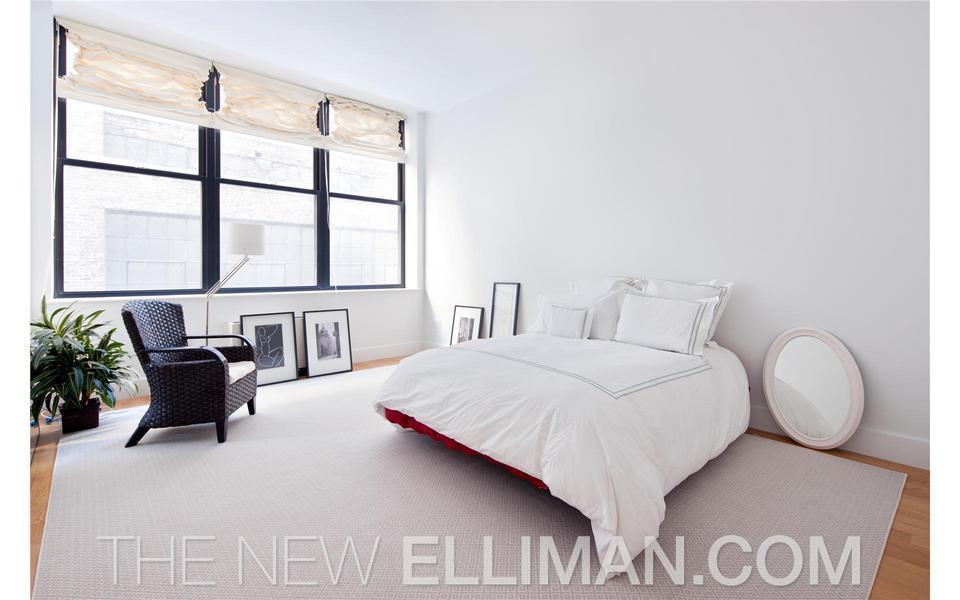 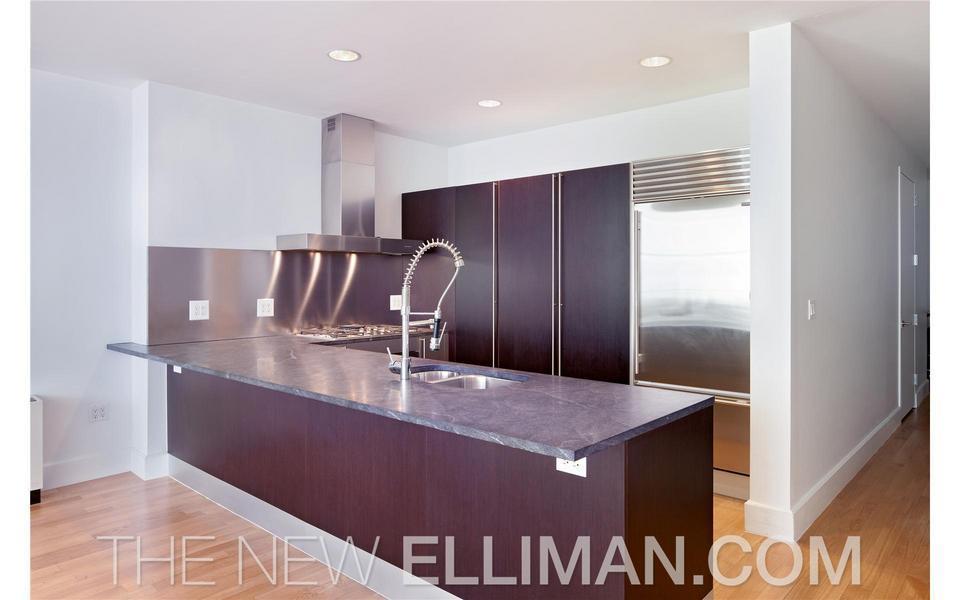 There's a crisp cut designed kitchen. Whatever that means. 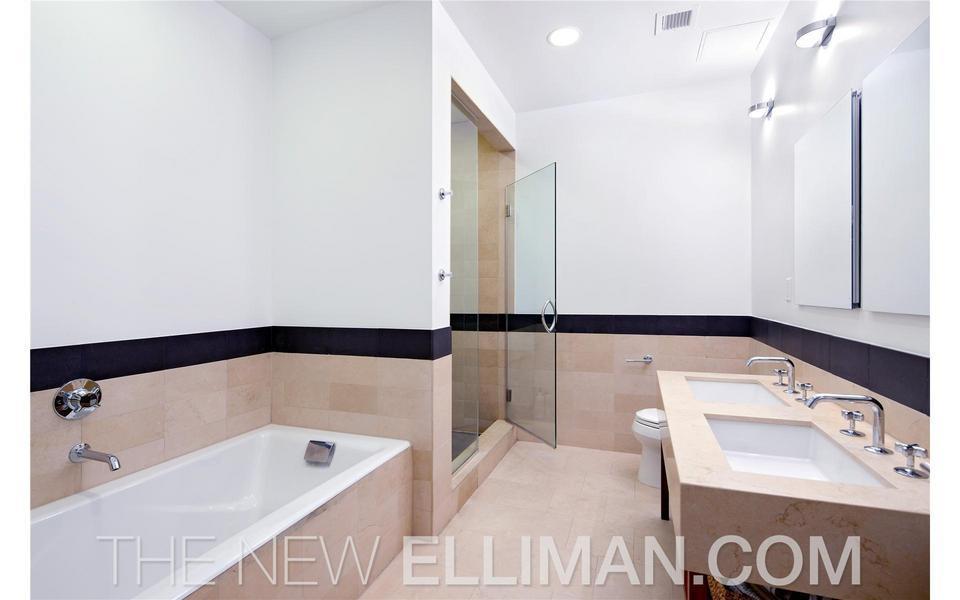 The bathrooms are described as "spa-like." 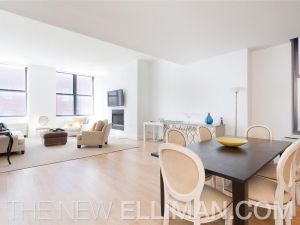 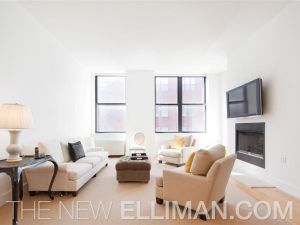 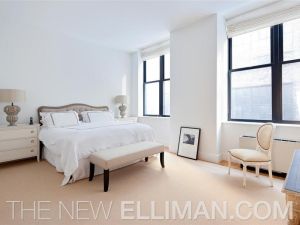 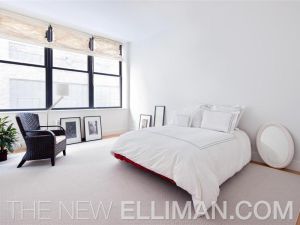 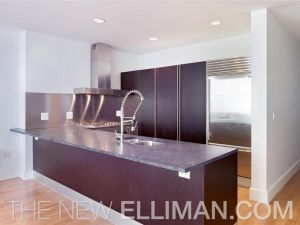 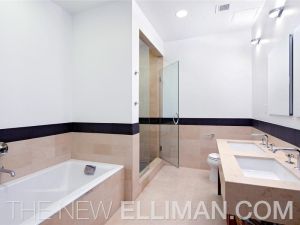 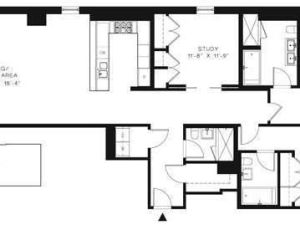 Really, the ending couldn’t be more perfect if it were a Broadway musical. In fact, we had to suppress the urge to clap when we learned that Tony award-winning composer Stephen Oremus and his dancer husband Justin Bohon had snapped up a condo in the recently-converted Hit Factory at 421 West 54th Street.

Living in the three-bedroom, three-bath condo will mean an easy commute to the stage for this Broadway pair, who both won accolades for their work in The Book of Mormon. And we’d guess that they were at least a little charmed by the idea of picking up a place in the building where the Rolling Stones, John Lennon, Billy Joel, Bruce Springsteen, Stevie Wonder, Eric Clapton, Paul Simon, Madonna and other artists recorded some of their most popular songs.

Although the couple didn’t pick the place up for a song—city records show that they paid $2 million—just under the $2.1 million ask, buying one of the sponsor units from 421 West 54th Street LLC.

The condo comes with plenty of space for dancing and singing (and we bet you could wedge a baby grand in there, too). The listing, held by Prudential Douglas Elliman’s Frances Katzen, boasts of a loft-like space with well-proportioned rooms, a gas fireplace and sizable windows that “dramatically bath [sic] the living/dining room with Southern light.”

Not as dramatic as the lights of Broadway, of course.