The residents in the neighborhoods bordering Barclays Arena will almost certainly be stuck with congestion and beer-swilling visitors, but at least they may be spared a multi-level nightclub.

The landlord is evicting Kemistry Lounge’s owners for non-payment of rent, putting a halt (if only a temporary one) to their clubbing brainchild, Brownstoner reports. That’s good news for those nearby the lounge’s would-be home at 260 Flatbush Avenue.

The prospect of the nightspot drawing a loud, young intoxicated crowd to an area that is likely to already be highly-trafficked by loud, young and intoxicated people left many in Community Board 6 unenthusiastic about its arrival.

But after the owners allegedly failed to pay more than $60,000 in back rent, neighbors may be in luck. Which is fortunate, because could they really stomach another battle?

Brownstoner also noted the owners had been unable to gain support from the Community Board 6 and did not file for a license from the State Liquor Authority.

While this is bad news for the Kemistry Lounge owners (who are apparently still planning to open, despite its eviction notice/$60,000 setback), we expect make residents near the would-be club spot happy.

But even without the nightclubbing crowd, residents will still have to contend with the added congestion. The deadline to file public comments on the traffic plan ended today, but we’re fairly certain that the majority of locals were not enthusiastic about increased congestion promised by the arena—especially since Forest City Ratner’s traffic plan, focused mostly on encouraging public transit via the train by adding additional trains, relies on visitors—especially out-of-towners—overlooking public transit downsides like sweltering heat and sticky benches).

We’re not sure whether an in-the-works plan to control an impending traffic problem will mitigate the ongoing headache that is likely in the future, but at least there are small mercies. 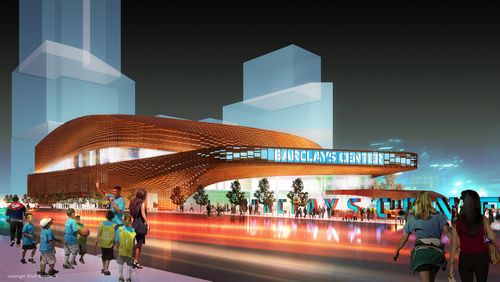