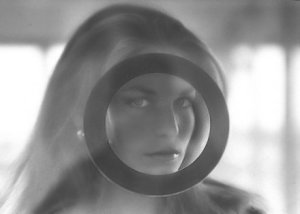 Chris Marker, writer, multimedia artist and filmmaker of such masterworks as San Soleil and La Jetée has died. He was 91.

Mr. Marker was born Christian François Bouche-Villeneuve in 1921. He got his start as a journalist writing for the French intellectual journal Esprit and Cahiers du Cinema, and became affiliated with the Left Bank Cinema movement in the 1950s along with Agnes Varda and Alain Resnais. His films, often part-autobiographical experimental meditations on time and memory are the cinematic answer to the creative non-fiction essay.

Of his essayistic-filmic output, Mr. Marker is perhaps best known for his 1983 experimental essay-film San Soleil, which is constructed of images, thoughts and scenes from Japan, Iceland, Guinea-Bissau and Paris, and for his 1985 essay-film AK, based on the work of filmmaker Akira Kurosawa. His 1977 film, A Grin Without a Cat, chronicled the socialist struggle before and after the uprisings in Paris in 1968. La Jetée, a 29-minute drama composed almost entirely of still photographs, remains one of his most significant works and is perhaps best known to American audiences as the film that inspired Terry Gilliam’s 1995 film 12 Monkeys.

Mr. Marker was a notorious recluse who rarely gave interviews and would respond to requests for a photograph with a picture of a cat, his favorite animal, a position that engendered the blossoming of fantastical fictions about his life and work—some sources say that he was born in Mongolia and of aristocratic descent. Others say it was the working class neighborhood of Belleville in Northern Paris, while still others claim it was the bourgeois suburb of Neuilly. “The most recent of his two latest biographers,” wrote Tom McDonough in Art in America in 2007, “doesn’t even bother trying to sort it all out.”

From Hanoi to Helsinki, Paris to Peking, Siberia to Santiago, Marker traveled extensively throughout his life visiting all of the continents except Antarctica, and worked many of these locations into his films. And his itinerant lifestyle gives fuel to the myth. “Locating Marker in fixed geographical terms,” wrote Nora M. Alter in her study of Mr. Marker entitled Chris Marker, “and categorically assigning to him a national profile is a difficult, if not impossible, task.”

But Mr. Marker categorically refused to deny claims that he was born in Ulan Bator or that his mother was Russian, and often encouraged the spinning of such tales, which is maybe why baseless rumors abound about Marker being an alien, or from the future.

When photographer Mikkel Aaland met the auteur in 1995 and requested to record their conversation, Mr. Marker responded as follows: “No, no. No interviews. Instead, if you must write something, use your imagination. Place us on a boat on the Nile. We are drunk. It’s your story.” They went on to discuss Mr. Marker’s autobiographical CD-ROM project.

Last summer, on the occasion of an exhibition of Mr. Marker’s photographic work entitled “Passengers,” at Peter Blum Gallery in New York, Mr. Aaland shared his essay in which he recounts this meeting with Mr. Marker, over pepper-flavored Polish vodka. It’s well worth revisiting now.

At precisely 11 a.m. Marker met me at the door of his modest apartment in a working-class neighborhood. He was tall, handsome, completely bald and, like me, seemed a little nervous. He welcomed me in perfect American English. There was no hint of his age except in his Old World graciousness. I followed him past walls of shelves containing videos, past the well-kept kitchen into a room full of books. I observed leather-bound books, books by Jules Verne and Rainer Rilke. Although Marker has authored many books himself I didn’t see any of them. Everywhere were images of cats and owls, which I remembered from [his film] Sans Soleilwere his favorite animals.

Marker was clearly uncomfortable with any discussion about his past, waving my questions aside as if they were annoying mosquitoes. So, I asked him if he was involved in any interactive CD-ROM projects. He told me about Immemory, an autobiographic CD-ROM recently begun, which, he said, played with the subjective nature of memory in a way only interactive digital media can. He demonstrated a rough version, showing archival images, text and sound and a map of unknown countries and islands interconnected by hyperlinks. One image is stamped in my memory: a pile of severed heads, all with Slavic features. Marker said he had found the image in a family album with no explanation or date. I remembered a line from Sans Soleil: “I look at the machine and I think of a world where each memory could create its own legend… Poetry will be made by everyone.”

You should read the full essay to see how Mr. Marker responds to Aaland’s question about where he was born and to see a picture of a cat, presumably one you would get if you requested his picture.