TRENTON – Gov. Chris Christie signed a solar energy bill Monday that he said would create thousands of jobs and save ratepayers approximately $1 billion over the next 15 years.

The bill, A2966/S1925, which seeks to balance the competing elements of government subsidy and market forces, was crafted by Assemblyman Upendra Chivukula, (D­-17), Franklin Township, with input from the governor’s staff.

“This bill will continue on our commitment to build a reliable and productive solar industry,” Christie said, emphasizing the bipartisan nature of the work that led to the bill he signed.

“You’ll notice that all of the legislators standing behind me are from the other party,” Christie said.  They included Democrats Senate President Steve Sweeney and Assembly members Upendra Chivukula, Wayne DeAngelo, and Mila Jasey.

Christie said that New Jersey had accomplished 800 megawatts of clean energy. “In the first quarter we installed more capacity than any other state,’’ he said, adding that last year New Jersey led the nation in commercial and industrial installations as well.

The bill strives to do several things but basically it would require more renewable energy while trying to control costs. Among the specific provisions:

* Changing the solar alternative compliance payment from a 15-year schedule to one with specific values for each year;

* Requiring the Board of Public Utilities to investigate ways to reduce volatility in the solar energy program;

* Providing for aggregate metering of electricity usage by properties owned by towns or school districts.

The problem with New Jersey’s solar energy program is that it has been a national leader but has become something of a victim of its own success. The prices of the solar energy credits dwindled, solar energy companies sought more government support, and business interests talked of letting the market rule. 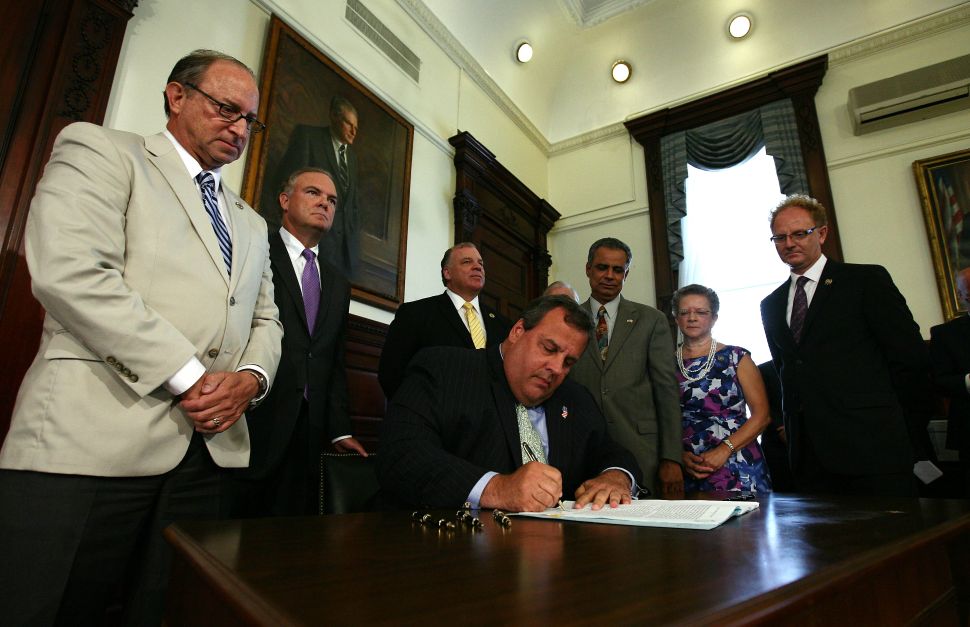