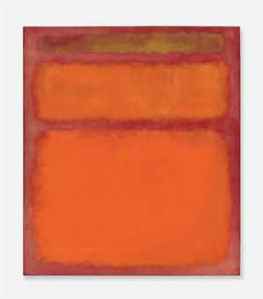 The growing global demand for art has seen its reflection in the astounding increase in sales at Christie’s, which reached $3.5 billion in the first half of 2012.

Post-war and contemporary art led the pack with $922 million, which was a 34 percent increase over the same period last year. Mark Rothko’s Orange, Red, Yellow, which sold for $87 million on May 8 at the house’s Post-War and Contemporary Art Evening Auction in New York, was the highest price paid for a work during this period. That May 8 auction realized $389 million, making it the most valuable auction held in the category in history.

Christie’s is also seeing an uptick in new clients, who made up 19 percent of all registered bids at global auctions. This may be due in part to its online initiatives, which have made the auction house and its sales more accessible. Its website saw a 20 percent increase in viewers over the same period last year and a 15 percent increase in clients bidding via the Internet through its Christie’s Live service.

“We’ve seen a steady increase in sales at Christie’s driven by three key factors: growing worldwide demand for art, the quality and curation of important consignments and our consistency in offering the best service and broadest choice to our clients. Our truly global teams now serve a growing number of collectors from all around the world: in person and online, as clients are increasingly flexible about choosing how and where to acquire works of art.”

In the coming months, Christie’s will angle to entice more clients with online-only auctions (beginning with one in August for fine and rare wines) as well as themed sales tied in to cultural events, like The London Sale, starting July 27. That sale, which coincides with the Olympic games, will offer up British paintings, memorabilia and fashion, as well as one of those original red double-decker buses.