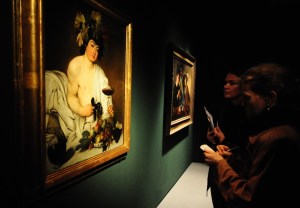 Amazon today withdrew the controversial new book Young Caravaggio–One Hundred Rediscovered Works, which published 1,000 images of the works of Caravaggio and, among them, the “findings” of the two Italian scholars who made the jaw-dropping claim of having found 100 new works by the Renaissance master while sifting through an archive in a castle in Milan, The Telegraph reports. While it’s unclear why Amazon dropped the book, what is clear is that there are growing doubts among art scholars over the claims, which were never peer-reviewed. It turns out that other scholars have seen these works before and not one has ever identified them as the work of Caravaggio. Furthermore, serious scholars apparently don’t publish their findings via e-book.

The curators of the collection pointed out that it had been studied by many well-qualified scholars in the past and none had identified any of the drawings as being the work of Caravaggio, whose real name was Michelangelo Merisi.

They said the two art historians had only studied photographic reproductions of the drawings, not the originals.

Maria Teresa Fiorio, the former director of the castle’s collection, said last week that she was “perplexed” by the claims made in the book.

“A serious scholar doesn’t produce an e-book – they would publish their findings in the appropriate journals. Everyone who has studied the collection has asked themselves – is it possible that some were drawn by Caravaggio? No one has drawn that conclusion.”

Oh well. If Amazon has any moral qualms about selling the book, perhaps Lulu.com won’t. That’s where the historians are apparently taking their business next.