Our pal Elevator View (one of the best photo tweeters/bloggers in town) shot us this photo of new construction fencing going up at 400 Park Avenue South, suggesting that Christian de Portzamparc’s long-delayed crystalline apartment building will finally rise there starting this year.

Almost a decade in the works, the project was left for dead in the doldrums of the recession until Toll Brothers and Sam Zell decided to team up this spring to take on the project. According to public records, building permits were approved between April and June, so the 42-story tower, with 363 units, is ready to rise. Neither of the developers were immediately reachable.

We spotted only one penthouse, up on the 40th floor, according to the Schedule A, but there was this one fun tidbit down in the basement: FITNESS CENTER, LAP POOL, YOGA ROOM, KIDS ROOM, LOUNG/CLUB ROOM, THEATRE, GOLF ROOM.

This not only looks like but really is the Fortress of Solitude—it has everything! 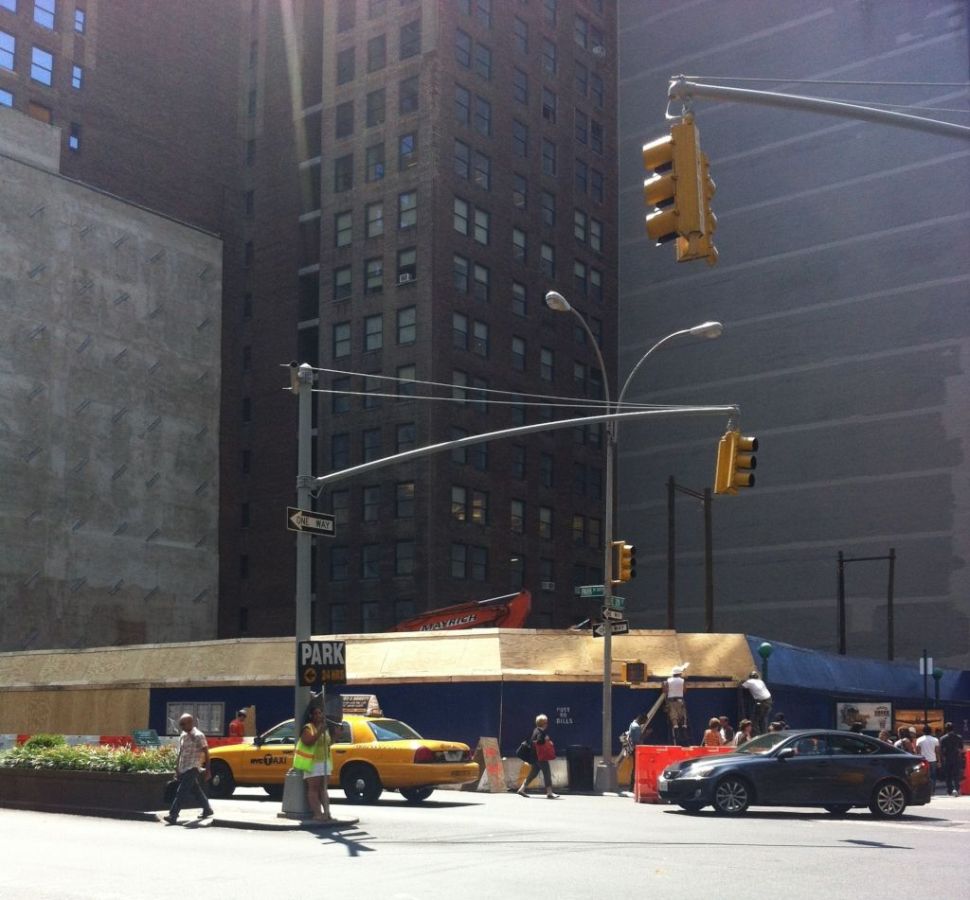