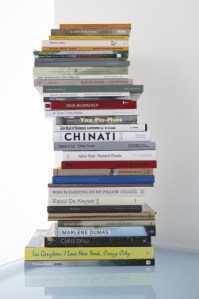 Why not head down tonight and get first dibs on 112 Greene Street: The Early Years (1970-1974). Published by David Zwirner and Radius Books, this book, released today, gathers images, interviews and a timeline from the show, which appeared at Zwirner last year and featured many of the essential works from the landmark 112 Green Street art space that was run by artists Gordon Matta-Clark, Suzanne Harris, Tina Girouard and Richard Serra. The book launch is tonight from 5-7 p.m.

Correction: This pop up shop is in no way affiliated with Opening Ceremony as incorrectly stated in an earlier post.