The unsolved 2004 murder of Juilliard acting student Sarah Fox is going from cold to hot–and new evidence in the case has been tangentially linked to Occupy Wall Street. NBC 4 reports police have connected DNA found at the Inwood Hill Park murder scene to DNA collected from a chain found at the scene of an Occupy Wall Street protest in East Flatbush late last March. The evidence is direct; the genetic evidence was obtained from Fox’s pink CD player, found near her nude and strangled corpse in May, 2004:

Sources said Tuesday the DNA found on the CD player is linked to DNA found on a chain left by Occupy Wall Street protesters at the Beverly Road subway station in East Flatbush on March 28, 2012.

The protest was a response to this action posted by something called the Rank and File Initiative. The communique called the action #farestrike and stated that on the morning of March 28 “teams of activists, many from Occupy Wall Street, in conjunction with rank and file workers from the Transport Workers Union Local 100 and the Amalgamated Transit Union, opened up more than 20 stations across the city for free entry.”

The NBC affiliate’s sources say the DNA has yet to lead to a suspect.

Police have long regarded  Dimitry Sheinman as a person of interest but Mr. Sheinman has never been charged.

Sarah Fox’s murder was strange in many respects. She wasn’t found for six days after she disappeared on a run. According to America’s Most Wanted, yellow tulip tree petals were arranged in a circle around her remains. 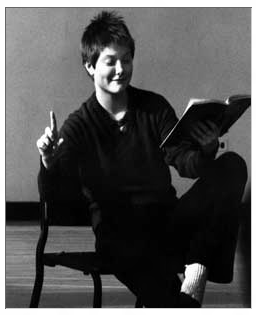