A still from the DNC’s dancing horse ad. (Photo: YouTube)

DNC spokesman Brad Woodhouse told ABC News yesterday that he was sorry if new ads hitting Mitt Romney on his refusal to release his tax returns offended Ann Romney. The ads in question featured Ms. Romney’s dancing dressage horse, Rafalca, which is headed to the London Olympics. In the ads, the DNC uses footage of the prancing horse to make the claim Mr. Romney is “dancing around the issues” of his taxes and personal finances.

“Our use of the Romneys’ dressage horse was not meant to offend Mrs. Romney in any way, and we regret it if it did,” Mr. Woodhouse said. “We were simply making a point about Governor Romney’s failure to give straight answers on a variety of issues in this race. We have no plans to invoke the horse any further to avoid misinterpretation.”

Mr. Woodhouse’s apology may have been prompted by another ABC interview featuring Romney campaign surrogate and potential vice presidential nominee Tim Pawlenty. Mr. Pawlenty said it was “really low” of the Democrats to poke fun at Ms. Romney’s dressage horse as her horseback hobby is part of her therapy for multiple sclerosis. For her part, Ms. Romney brushed off the attack ads in a Good Morning America interview.

“It makes me laugh,” she said.

View one of the DNC’s dancing horse ads below. 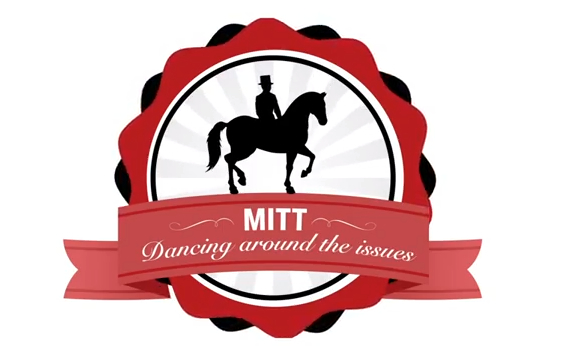